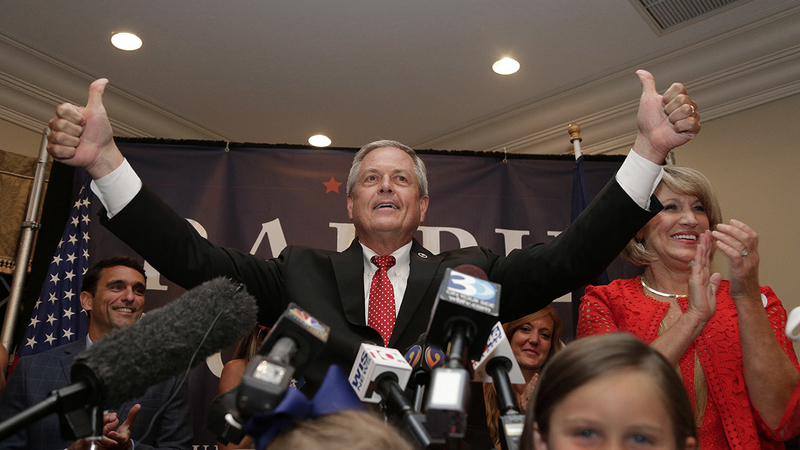 ROCK HILL, S.C. -- A South Carolina congressman pulled out his own loaded handgun during a meeting with constituents Friday to make a point that guns are dangerous only in the hands of criminals.

"I'm not going to be a Gabby Giffords," Norman said, referring to the former Arizona congresswoman who was shot outside a grocery store during a constituent gathering in 2011.

Giffords' husband, retired NASA astronaut Mark Kelly, said in a statement that Norman is "no Gabby Giffords" and noted that his wife has dedicated her life to ending gun violence.

He took to Facebook on Saturday saying he wanted to set the record straight, explaining that he 'safely placed my gun on the table, pointed away from people, and made the point: 'Guns don't shoot people. People use guns to shoot people. I am tired of blame being placed on the police, NRA, and guns themselves.'"

According to Norman, nobody at the meeting said they felt threatened and he didn't believe he broke any laws.

The incident began when a representative from the gun safety advocacy group Moms Demand Action disagreed with Norman on a policy issue, he wrote.

"Since our meeting on Friday, it has become clear that Mothers Demand Action is a group with a radical agenda, funded by out-of-state groups, and hell-bent on repealing the Second Amendment and banning guns," Norman said.

School teacher Lori Carter of Charlotte, North Carolina, said she thought the move was contradictory because Norman didn't know if someone there had mental health issues.

"What was to prevent me from leaning across the table to take that gun?" she asked.