Rockslide on Highway 140 forces drivers to use alternate routes 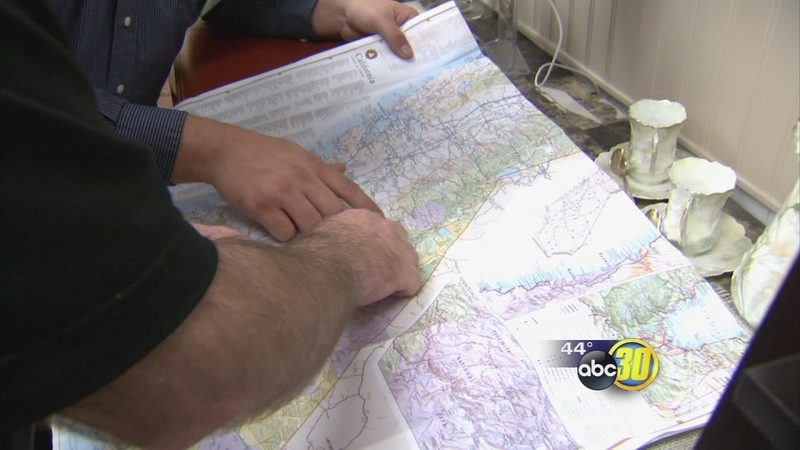 EL PORTAL, Calif. (KFSN) -- Large boulders came crashing down Thursday morning and blocked Highway 140 below the Arch Rock Entrance to the park. It's forcing drivers to take a detour which is turning out to be a good thing for Mariposa, at least for business.

Larry McKee has been on the road for 14 days. He's a Canadian tourist who was hoping to take a late night drive into Yosemite but he ran into the road block. "A little glitch but it's winter time," McKee said, "I do expect it."

There is another way in but from Mariposa, it's a long drive around the mountain. McKee said, "Hopefully, we'll get there tomorrow."

Karen Cutter, who is with the chamber of commerce, said there have been a lot of people stopping by since the boulders fell on the highway. She said the visitors center usually see 100 people a week this time of year and there was nearly that many people through the doors right after they opened. "100 people would probably be fairly normal so 80 people the first hour of today is a little high," Cutter said.

She said the detour has been leading more people to the hotels and restaurants like the Sugar Pine Cafe. The owner, Susan Posey said, "It's bringing them back to Mariposa and they're finding all the things there are here to do."

Posey said it's an early sign of a good year, "We're getting snow and rain and it's been hard with the drought so it's a relief," she added.

As for McKee, he decided to take the long way to Yosemite which is roughly a two and half hour drive from Mariposa.