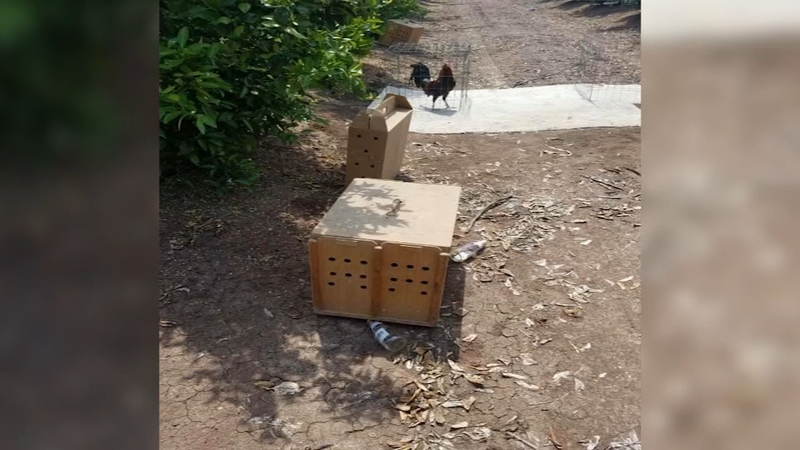 FRESNO, Calif. (KFSN) -- Deputies with the Tulare County Sheriff's Office found dozens of dead roosters after they busted a rooster fight in Orosi on Sunday morning.

TCSO says their deputies were sent to the area of Road 136 and Avenue 436 for a rooster fight in an orange orchard just before 11 a.m. on Sunday.

When they arrived, they found 11 caged roosters and roughly 30 dead roosters near a portable arena. Deputies also found several gaffs and other paraphernalia used in rooster fighting. Tulare County Animal Control responded to the area and took the roosters.

Several people fled the scene when deputies showed up. They later found a 65-year-old man hiding in a nearby orchard. He was arrested for his involvement in the rooster fight.