Central Valley Congressmen weigh in on crisis with Russia over Ukraine, U.S. impact 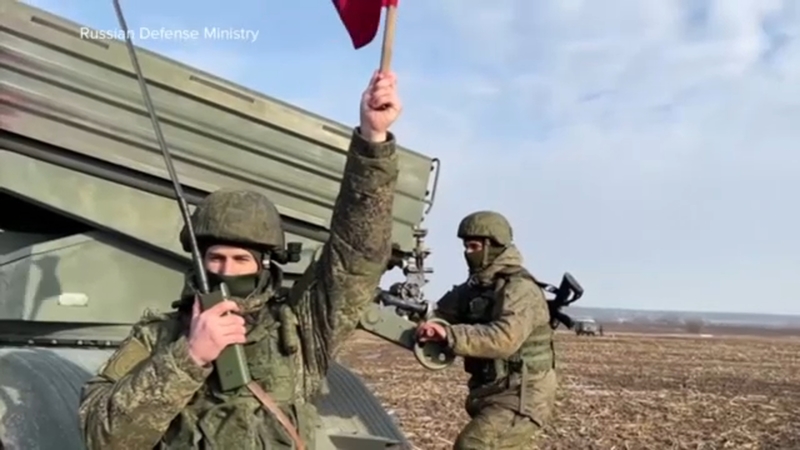 FRESNO, Calif. (KFSN) -- Political analysts are weighing in on how the U.S. reacts to the crisis with Russia over Ukraine could impact us as a nation.

"How we approach this crisis really impacts the U.S. position within the international system, how our allies see us," said Fresno State Political Science Professor Nataliia Kasianenko.

The White House says thousands of Russian troops are moving closer to the Ukrainian border, not pulling back as Vladamir Putin said.

U.S. officials are dialing up their warning amid the Ukraine crisis saying a Russian attack is imminent.

Our Central Valley congressmen agree on one thing -- if Russia invades Ukraine, it would have global implications.

RELATED: Biden says he expects Russian President Putin will go through with Ukraine invasion within days

"It would be a big, big mistake for Putin to invade Ukraine. We're trying to do everything we possibly can to prevent that from happening," said Rep. Jim Costa of Fresno.

Costa serves on the House Foreign Relations Committee and says they are doing everything they can to prevent Russia's President Vladamir Putin from invading.

"The sanctions we are looking at, I think Putin frankly has not anticipated. These are sanctions that hurt where it counts," Costa said.

He says the U.S. cannot allow this kind of hostility.

Going on to say, if Russia does invade, it could have global economic impacts and could impact the country's ability to conduct normal relations.

Bakersfield Congressman and House Minority Leader Kevin McCarthy was critical of President Joe Biden Thursday, saying the President made a mistake fending off sanctions on a Russian natural gas pipeline to Europe.

"The problem is you're asking me a question... what would you do today? It's the actions that he should have taken the day he came into office that he took that has made today happen," McCarthy said.

She says she believes U.S. leadership and European leaders have been doing a good job coordinating their efforts and sending direct messages to Putin that there will be consequences if he attacks.

She says how the U.S. decides to involve themselves will have a lasting effect.

"It still sort of impacts our position around the world, how other countries view us, whether we're respected as a country," Kasianenko said.

In addition, if Russia is hit with more sanctions, she said there will undoubtedly be countersanctions which is never good for U.S. consumers.

Being from Ukraine herself, Kasianenko still has family there.

She says they hope Putin is just bluffing in an attempt to gain concessions from NATO and the West, but, if not, Ukrainians expect the west to stand with them.

"The general attitude is that the people are really counting on the U.S. support." Kasianenko said.

President Biden said Thursday the U.S. believes Russia is involved in a false-flag operation to have an excuse to go into Ukraine and suspects it will likely happen in the coming days.