WARNING: This footage contains material that some viewers may find disturbing.
KABC
By Leanne Suter 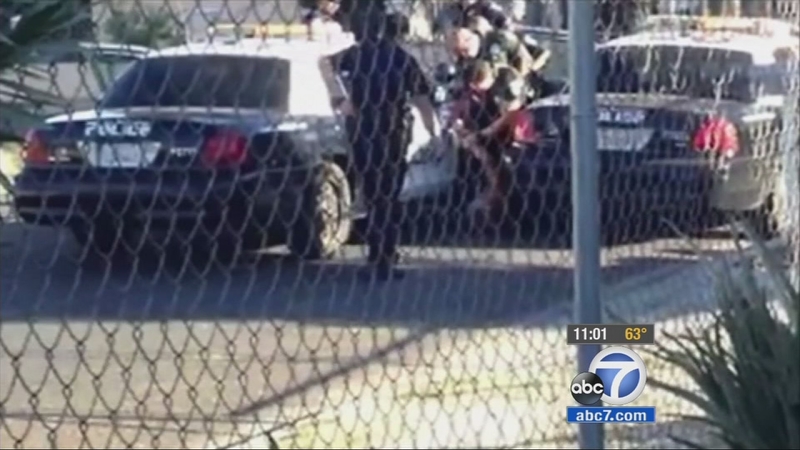 GARDENA, Calif. -- A stomach-turning arrest was caught on camera as a San Bernardino police officer dislocated a man's elbow while he's being taken into custody.

A neighbor captured the scene after 30-year-old Jesus Castaneda led police on a short car chase last October. In the video he is seen screaming in pain while he is on the ground.

"When I first saw that video, it was very disturbing and shocking," said Michael Munoz, one of Castaneda's defense attorneys.

Once Castaneda was in custody, he was dragged into the patrol car. He was later convicted of evading police, resisting arrest and grand theft auto. He is currently behind bars.

His attorneys said the disturbing video shows the officers went too far, and they plan on filing a federal civil rights lawsuit against the city of San Bernardino and the police department.

"I don't exonerate what he did. He committed a crime. But, it doesn't give the police the right to use excessive force, to be punching him, dislocating his arm, kicking him and then dragging him across the floor," Munoz said.

The San Bernardino Police Department is investigating the incident. The attorneys said they plan to file their lawsuit within a few weeks.