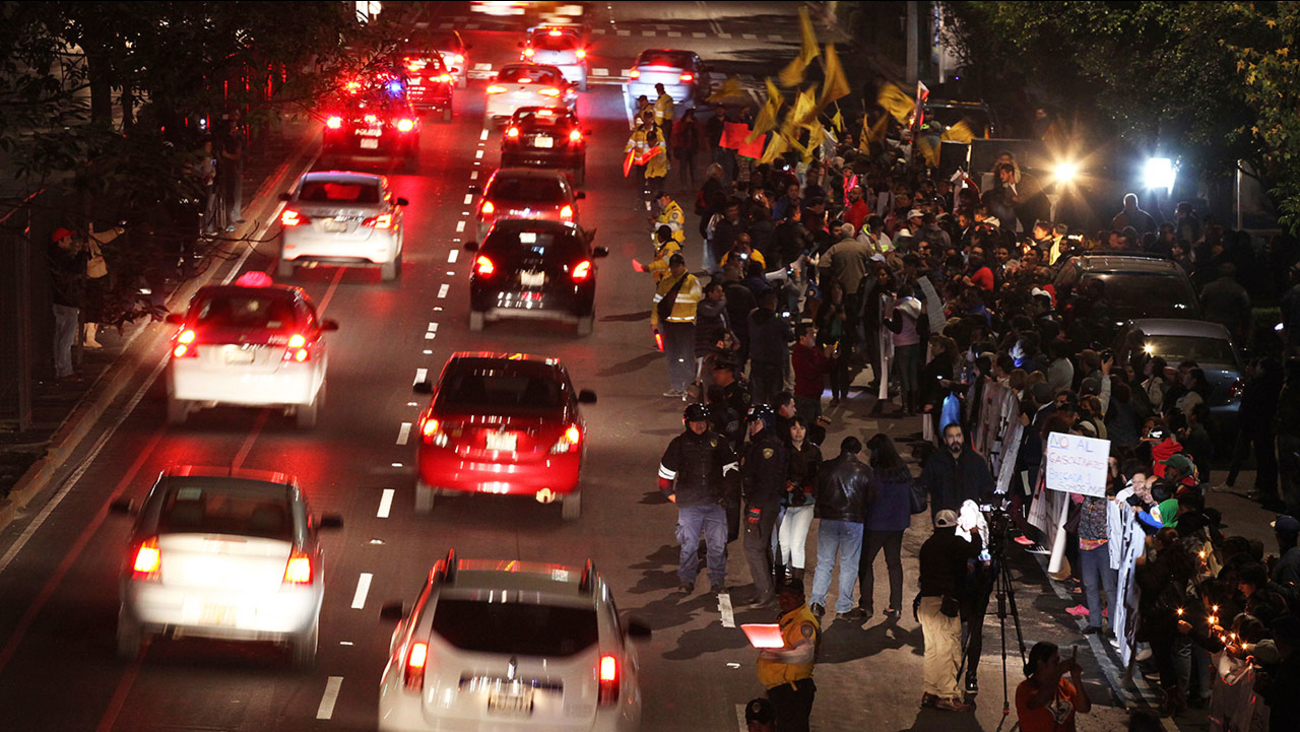 SAN DIEGO, Calif. -- The southbound 5 and 805 freeways leading to the San Ysidro Port of Entry were closed again Sunday evening for about two hours because of protests in Mexico over gas prices, according to the California Highway Patrol.

Cars traveling to Mexico were diverted on the 905 Freeway to the Otay Mesa Port of Entry starting around 5:30 p.m. and the freeways began reopening around 7:30 p.m.

During the closing, the San Ysidro crossing remained open to southbound pedestrians, according to U.S. Customs and Border Protection.

The crossing stayed open to all northbound vehicles and pedestrians.

The freeways had similarly been closed for about four hours Saturday night because of protesters, from about 5:30 p.m. to 9:30 p.m.

The closures were prompted by protesters who had jammed the El Chaparral Port of Entry in Tijuana.

The protests are over a hike in gasoline prices of 20 percent, triggered by the end of government-regulated prices for gasoline and diesel.