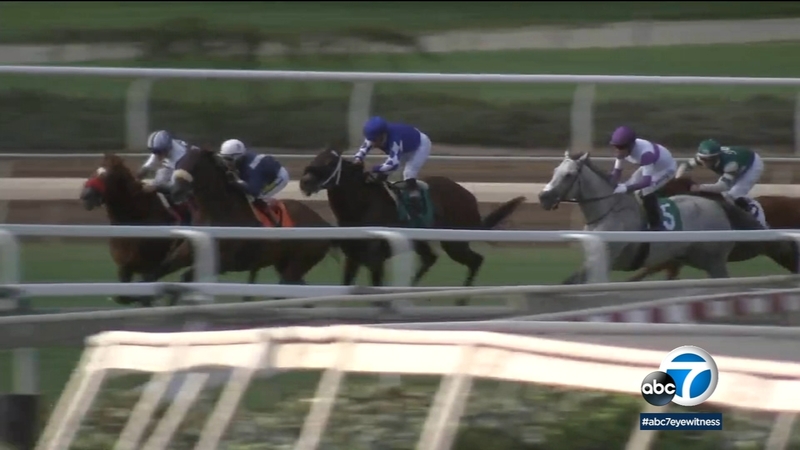 ARCADIA, Calif. -- A horse died at Santa Anita Park after suffering an injury in a turf race, marking the ninth such death of the current racing season that began in late December.

Chosen Vessel fractured his left front ankle on Saturday and was transported to the track's equine hospital for X-rays and diagnostics.

It was determined the 5-year-old gelding suffered an "an unrecoverable injury" and was euthanized based on the recommendation from the attending veterinarian, according to an incident report from the track.

Prosecutors found no evidence of animal cruelty or other crimes during an investigation into a spike in horse deaths at Santa Anita Park racetrack over the past year, according to a report issued Thursday.

Officials at the company that owns Santa Anita Park say there are far fewer deaths in this meet compared to last year because of improved safety conditions. The current racing season began Dec. 26.

At least 45 horses have died at the facility since December 2018.

Santa Anita and the sport of horse racing have faced increasing pressure from animal-rights activists in connection with the horse deaths.