If you or someone you know has information on the murder of Santos Cabrera, you're asked to contact the Avenal Police Department.
KFSN 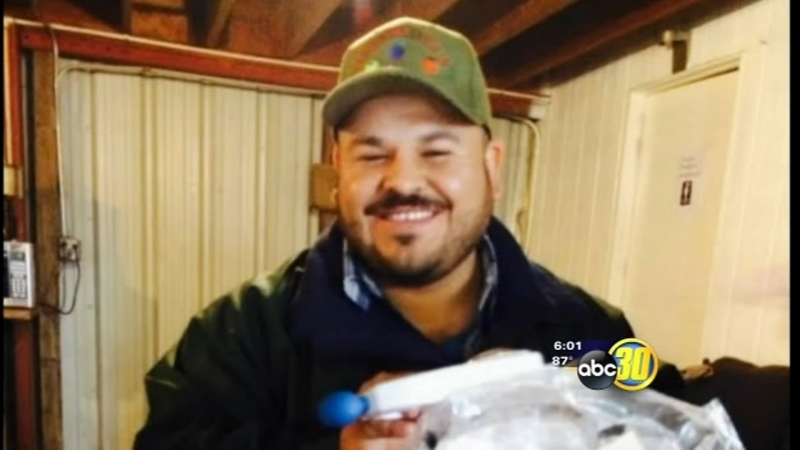 AVENAL, Calif. (KFSN) -- While Santos Cabrera's family waits for justice, $50,000 waits for someone who can help solve their loved one's murder.

The 31-year-old father of three was fatally shot in February of 2015 in Avenal at around 7 o'clock in the evening.

Investigators said the victim was leaving a home where he got his haircut near Fifth Avenue and Stanislaus Street when the gunfire rang out.

Avenal police have said for years that this killing was a targeted attack but they've never found out why Santos Cabrera was sought out because they say he was not involved in gangs or drugs.

The suspect's vehicle has only been described as a red sedan.

In April of 2015, police admitted they had run out of leads in his murder.

But Avenal's police force remains hopeful they'll get justice for the Cabrera family.

"He was a hardworking father and husband and a father to three young girls at the time and by all accounts a good hardworking family man," says police chief Russell Stivers.

Six years ago, investigators had offered cash for clues in the man's murder.

Just weeks ago, they reached out to the Governor's office, asking for more financial help from the state in hopes an incentive could lead to information.

On Wednesday, Governor Newsom answered that call, announcing the $50,000 reward for information leading to the arrest and conviction of the person who pulled the trigger.

Cabrera's family hopes the extra money could lead them to answers and justice.

If you or someone you know has information on this crime, you're asked to contact the Avenal Police Department.