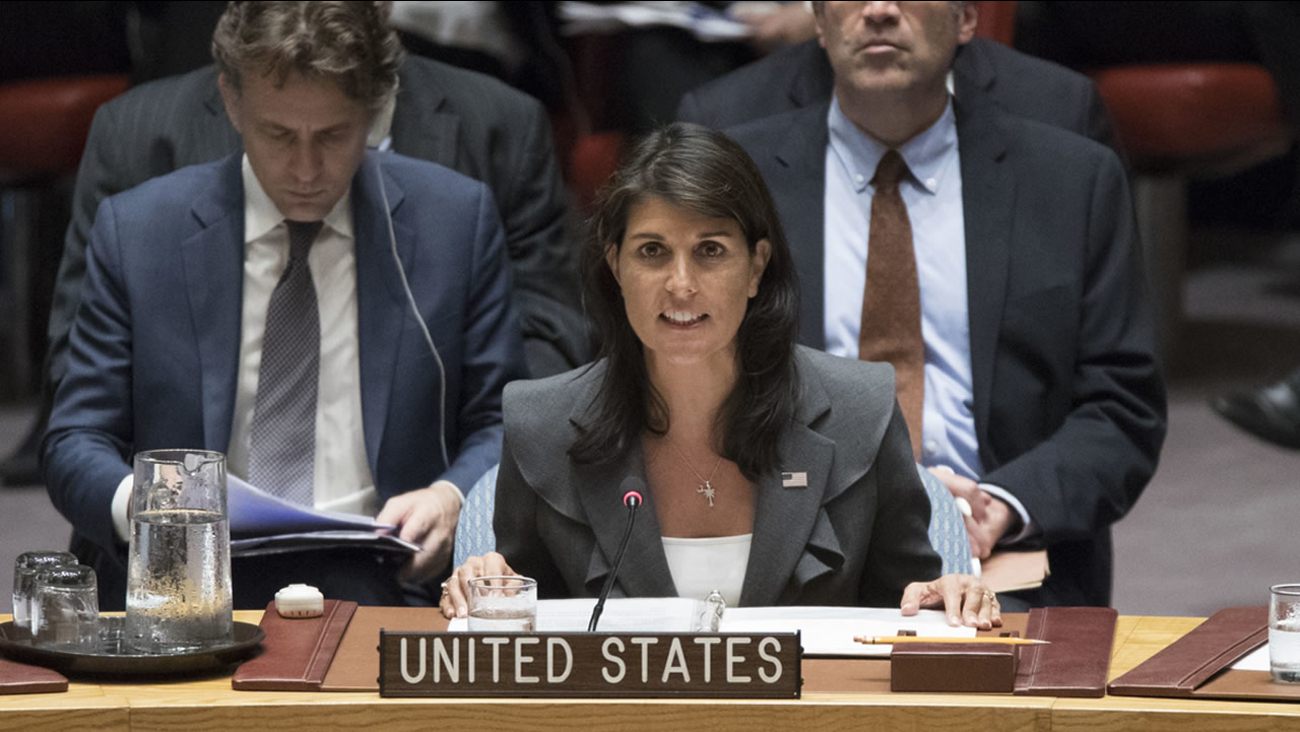 The U.S. will withdraw from the United Nations Human Rights Council, Secretary of State Mike Pompeo and U.S. Ambassador to the U.N. Nikki Haley announced Tuesday.

The decision to exit the U.N. body comes after more than a year of threatening to do so, calling for reform, and accusing it of an anti-Israel bias -- but it also follows one day after its High Commissioner criticized the U.S. over President Donald Trump's immigration policies, especially separating families at the U.S.-Mexican border.

Haley blasted the U.N. body as a "hypocritical and self-serving organization that makes a mockery of human rights" and "is not worthy of its name." She said that after repeated warnings by the Trump administration, "Regrettably, it is now clear that our call for reform was not heeded."

The administration has argued that the body, which issues a report on Israel at every session, is inherently biased against the U.S. ally. But it's also criticized it for including repressive regimes among its ranks and not speaking out against member states. In her remarks Tuesday, Haley specifically cited countries like Venezuela and the Democratic Republic of the Congo, both of which are members of the body.

The Human Rights Council was created in 2006 after its precursor the Human Rights Commission was disbanded by then-Secretary General Kofi Annan because of a "credibility deficit." The body consists of 47 member states, with a specific number of seats given to each region of the world. Members are elected by the U.N. General Assembly for three-year terms and cannot serve more than two terms in a row.

When it began, President George W. Bush's administration boycotted it because its membership included countries with poor human rights records. It was only in 2009 that the U.S. joined the organization under President Barack Obama, whose administration argued that U.S. membership could better steer it.

But since Trump came into office, his administration has threatened to withdraw if it did not reform: "If the Human Rights Council is going to be an organization we entrust to protect and promote human rights, it must change. If it fails to change, then we must pursue the advancement of human rights outside of the Council," Haley said at a speech in Geneva last year.

The Human Rights Council opened its latest three-week session Monday, and the High Commissioner Zeid Ra'ad Al Hussein blasted the U.S. in his opening remarks for its "unconscionable" immigration policy of separating migrant parents from their children at the border, calling it "government-sanctioned child abuse."