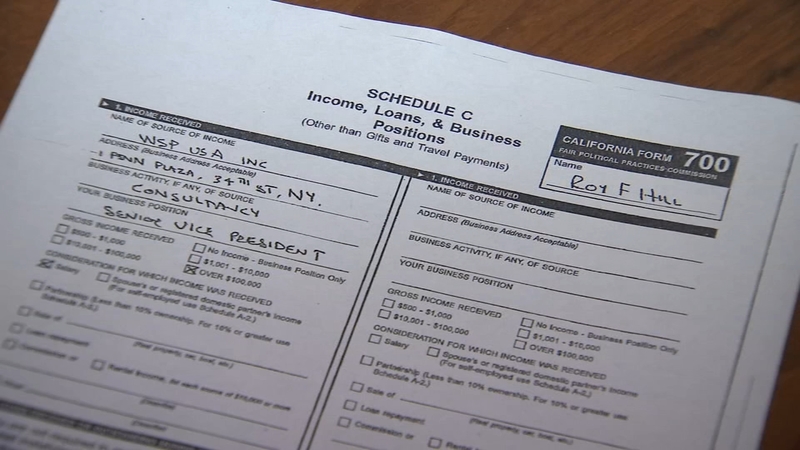 Now a project consultant has been removed pending an investigation for conflict of interest.

In a statement to Action News, spokesperson Annie Parker said, "We have directed WSP USA, Inc. to temporarily suspend Roy Hill from the high-speed rail program until a determination is made by the FPPC."

"He also was being paid over $100,000 a year, might have been substantially more than that, by WSP, which is one of the prime contractors for High-Speed Rail," said Assemblymember Jim Patterson (R-Fresno). "In all my years of public life, I have never seen a conflict that is this blatant."

Patterson pushed for the FPPC probe.

In 2017, Roy Hill signed a $50 million change order involving a company he invested in himself.

Documents show Hill owned at least $100,000 worth of stock in Jacobs Engineering, which Patterson says provides services for a Valley portion of the project. But the forms don't indicate when he bought or sold the stock or if ownership was the result of a company merger.

"There is no excuse for the High-Speed Rail Authority nor Mr. Hill to suggest that he didn't know that there was huge windfall coming his way," Patterson said.