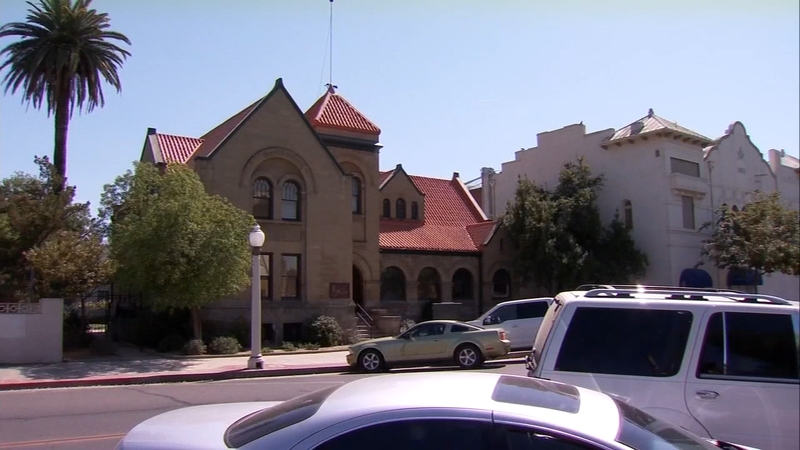 HANFORD, Calif. (KFSN) -- Repair rusted parts of the wrought iron fence. Clear debris from walkways. Prune trees that touch the building, and fill all cracks on its exterior.

These are just some of the problems the city says the Hanford Carnegie Museum needs to address if they want to stay in the downtown building they've called home for decades.

The letter, written by Hanford's community development director and delivered to Scherer on Friday, states that the museum is not maintaining the building and grounds in accordance with the city's lease of the building to the non-profit.

If they don't correct the 'deficiencies' within 10 days, the museum will default on the lease, and the city can then cancel it.

Though she says they've already taken care of ten of the issues, including fixing a broken bathroom sink, Gonzalez Scherer believes several will simply take more than ten days.

She thinks the letter is an attempt to shut the museum down.

"You would think that people in the community would work together and we're just not seeing that," she said. "We're seeing more of a Salem witch hunt."

Sorensen says community members have called her with complaints about the museum's upkeep, so she recently visited the property.

"I was disappointed in what I saw and realized that we do need to make sure that there's a clear understanding of what is a quality level of care," she said.

Museum officials say they need financial support for all of the improvements, and have set up a GoFundMe page for people to help.

But they say they'll do everything they can to keep the museum, and its history, alive.