The Final Five: Women with the Fresno Fire Department

KFSN
FRESNO, Calif. (KFSN) -- Of the 1.6 million firefighters in the United States, only 7 percent are women.

"I don't think that you're ever going to get away from this ever being a male-dominated profession," she said. "I think that will be forever."

Chief Donis and five other female firefighters will be retiring from the Fresno Fire Department within the next five to seven years.

There are no candidates coming up the ranks.

"I don't think that a lot of women ever think this is an option as a career," Donnis said. "I don't think it even crosses their mind. I know it didn't for me."

That seems to be true to at least a handful of young women we met working out recently in Clovis.

"That's never crossed my mind," says Ashley Dittmar, a Psychology Major at UC Riverside. "No one ever brought it up to me growing up. All I see on the news and TV is male firefighters. Never really see female."

Fire investigator Christine Wilson was the only female in her class when she started with Fresno Fire in 2006.

She was thankful other women in the department paved the way for her.

"I didn't know any other females in the fire service until I came to the City of Fresno," she said. "I was very fortunate to have other females in our department, such as Capt. Kerry Wedemeyer, who was my mentor here at the Fresno Fire Department."

Wilson has no one coming behind her to mentor.

A study conducted for the National Fire Academy shows that firefighting is often steeped in family tradition, where for generations, fathers have introduced the career to their sons.
Report a correction or typo
Related topics:
societyfresnofirefighterswomen
Copyright © 2020 KFSN-TV. All Rights Reserved.
FIREFIGHTERS 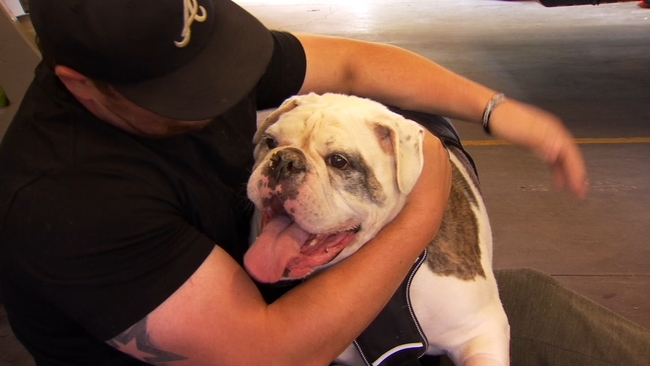