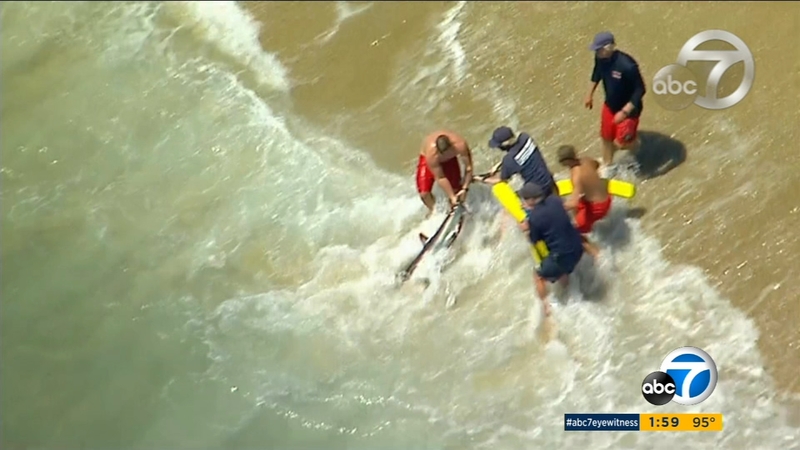 Lifeguards capture shark with their bare hands at Newport Beach

Dramatic aerial video shows the lifeguards approaching the shark about 1:30 p.m. after ordering all swimmers out of the water.

The lifeguards then pounced on the floundering shark and dragged it onto the sand.

"We looked over and I saw a fish, but I just ignored it and didn't think it was a shark," said one woman who was in the water at the time. "Next thing you know, I've got a woman yelling at me: 'There's a shark! There's a shark!

"But I swear I felt that thing touch my leg -- the back of the tail," the swimmer said. "It was slimy."