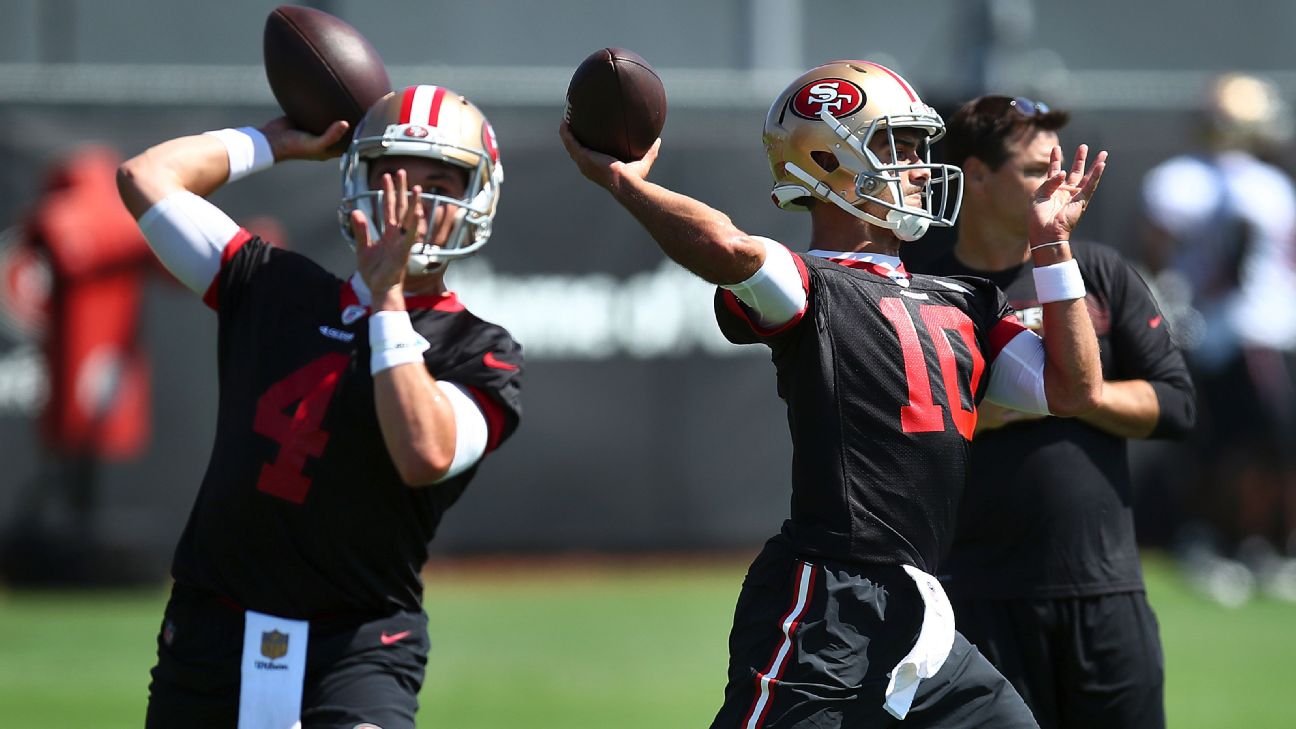 SANTA CLARA, Calif. -- On Monday, only hours after an MRI confirmed that San Francisco 49ers quarterback Jimmy Garoppolo had suffered a season-ending left ACL injury, coach Kyle Shanahan was asked how many quarterbacks the team would be working out on Tuesday.

Shanahan's response: "as many as we can get." At the time, Shanahan was joking, but the Niners did, in fact, bring seven quarterbacks to Santa Clara on Tuesday for a group workout.

On Wednesday, the Niners placed Garoppolo on injured reserve, ending his season. As a corresponding move, San Francisco declined to sign any of the tryout quarterbacks and promoted Nick Mullens from the practice squad to the active roster instead.

"I wish we could sign extra of all players," Shanahan said. "I wish we could sign extra quarterbacks, extra wideouts, extra safeties. But, you've got a 53-man roster. We've got a lot of guys banged up. In order to sign somebody, you've got to cut someone or put them on IR. We've got a lot of guys that are questionable this week where we won't know until the end of the week whether they're playing or not. So, those aren't IR candidates. They're definitely not guys we want to cut. It just makes it tough."

In Sunday's game against the Los Angeles Chargers, the 49ers will roll with C.J. Beathard as the starter and Mullens as the backup. At some point, Shanahan would like to add another quarterback, either to the practice squad or to the active roster, though the Niners would have to get much healthier before they'd be able to carry a third quarterback.

But Shanahan made it clear earlier in the week that the plan was to promote Mullens and stick with Beathard. The Niners have not deviated from that and Shanahan re-affirmed Wednesday that the team is not actively trying to trade for another quarterback.

According to Shanahan, Tuesday's quarterback workout was meant to give him and the personnel staff a better idea of how the available players looked. While none were signed, Shanahan acknowledged they were ranked and the Niners can keep that list handy should something happen to Beathard or Mullens.

"All of those guys are people we've seen film on before," Shanahan said. "I kind of think workouts are extremely overrated. Lots of people can throw on air. Everyone who plays at the NFL level can throw on air. It's how you play the position. So, you go off the tape that you've watched. You bring guys in just to see where they're at to make sure they haven't just been sitting on the couch for the last couple months. They've still been working out. They can still function. Then, you mainly go off of what you saw on tape."

With the current quarterback plan in place, the Niners began their week of preparation for the Chargers on Wednesday without Garoppolo taking his normal place under center. Beathard took the bulk of the first-team repetitions with Mullens working in occasionally.

One benefit for Beathard and Mullens this week is the Chargers play the same style of Cover 3 heavy defense the Niners favor, which means all practice reps will be against a similar scheme.

As for any lingering sadness about Garoppolo's injury, Shanahan made a point to address it with his team, let the players deal with it on Sunday night and into Monday morning, and then stressed the importance of moving on in the usual team meeting on Monday morning.

Those meetings traditionally begin with Shanahan asking the team how it's doing, which draws a typical response of "Good, Coach." This time, Shanahan told his team it was OK not to say it's good and that it's normal to feel a bit down. He then redirected attention to watching the tape from Sunday's loss to the Kansas City Chiefs, working on improving and changing how everyone feels by playing well moving forward.

"I think the football culture sometimes can get a little unrealistic, where people act like they don't have emotions and it's always like, 'next man up,'" fullback Kyle Juszczyk said. "Well, I think it's cool to see your head coach acknowledge, yeah, we all feel it for a little bit, and that's OK to acknowledge, but we don't need to dwell on it. We just have to find what we need to do to get better and how we can make ourselves feel better."

Garoppolo, who isn't scheduled to have surgery until the swelling in his knee goes down, has remained in the building over the past couple of days and attended meetings on Wednesday as well. It's expected he'll continue to do that until surgery dictates that he stays at home in bed to rest.

Teammates have been impressed with Garoppolo's positive attitude since the injury.

"I sit next to Jimmy on the plane ride home," Juszczyk said. "Got to talk to him for a while about it and it's good to talk to him and see how positive he was. I think a testament to Jimmy is that we always try to give him a hard time. We always say he's one of the guys. People tried to shy off once he was injured. And right away, he goes, 'Guys, I'm not handicapped. Still give me crap.' I immediately jumped on that opportunity, tried to give him as much flak as I can as I see him walking around here." 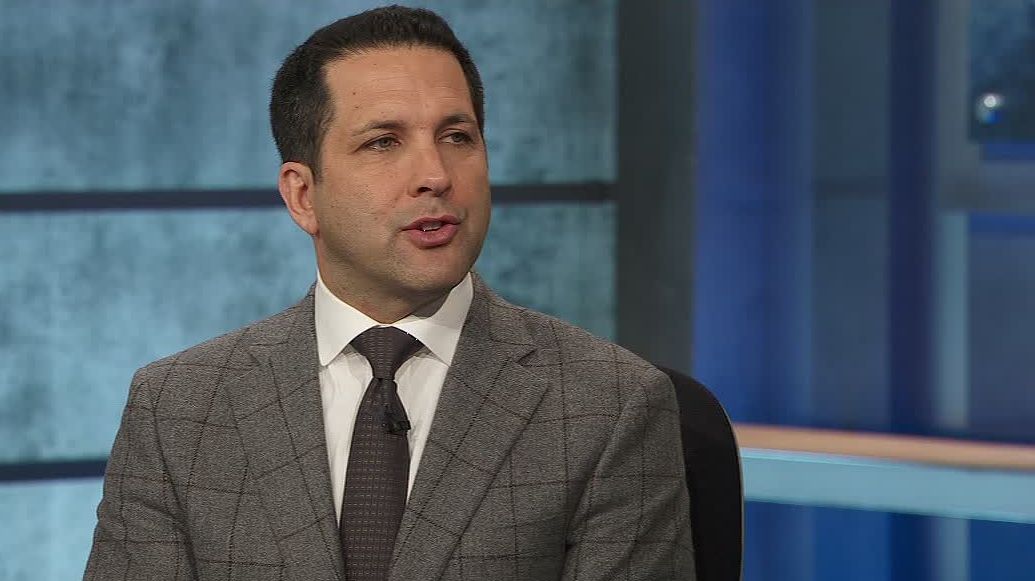 49ers lose Garoppolo for season with torn ACL
Adam Schefter reports that the 49ers will turn to C.J. Beathard at quarterback now that Jimmy Garoppolo is out for the rest of the season.