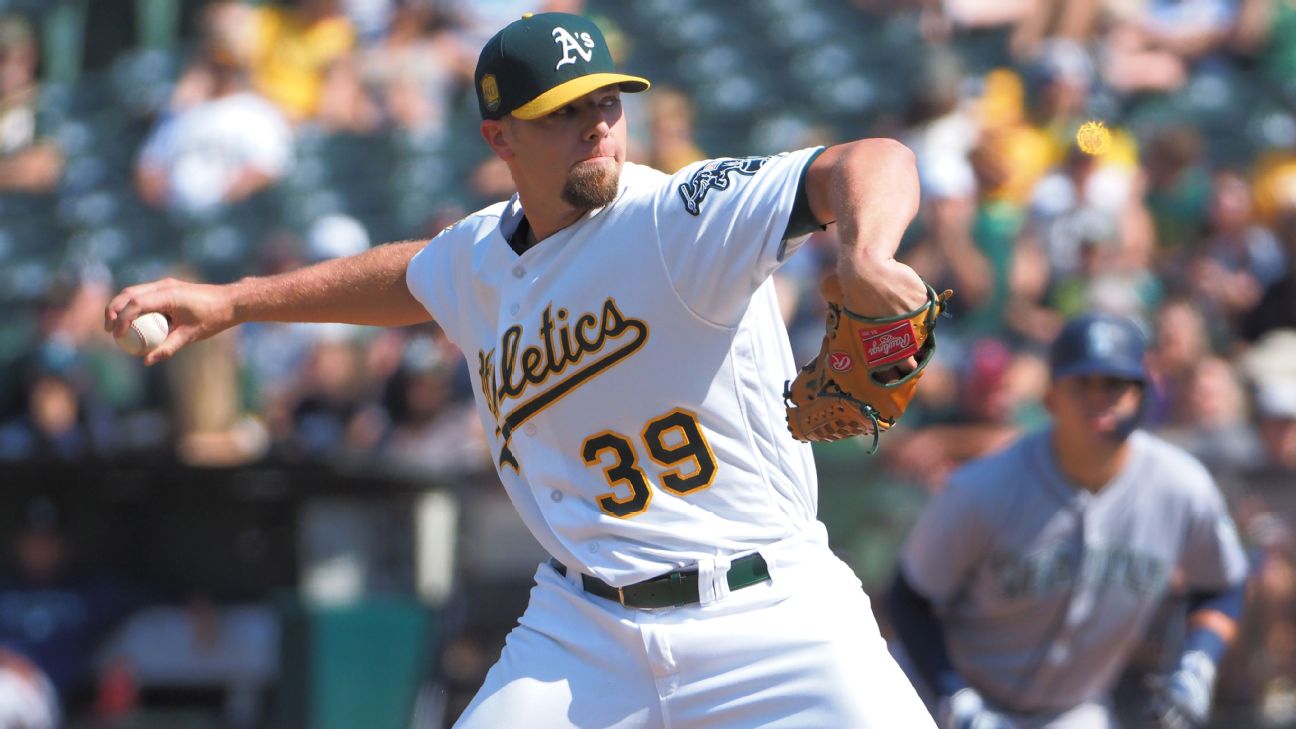 ESPN
OAKLAND, Calif. -- The Oakland Athletics did not tender a contract to former closer Blake Treinen on Monday, letting the 2018 All-Star become a free agent.

The right-handed Treinen posted a 0.78 ERA in 2018, but that number ballooned to 4.91 in 2019. He was replaced by Liam Hendriks in the closer role as the low-budget A's earned the American League's top wild card.

Treinen was expected to command roughly $7.5 million in arbitration.

The A's announced the moves after completing a trade that sent switch-hitting second baseman Jurickson Profar to the San Diego Padres for catcher Austin Allen and a player to be named.

Treinen started the 2019 season as A's closer but wasn't nearly as consistent. He had a 6.14 ERA during a 19-game span from April 28 to June 20 before a strained pitching shoulder put him on the injured list. Once healthy and back July 3, Treinen didn't have a save over his next 27 appearances and posted a 6.17 ERA.