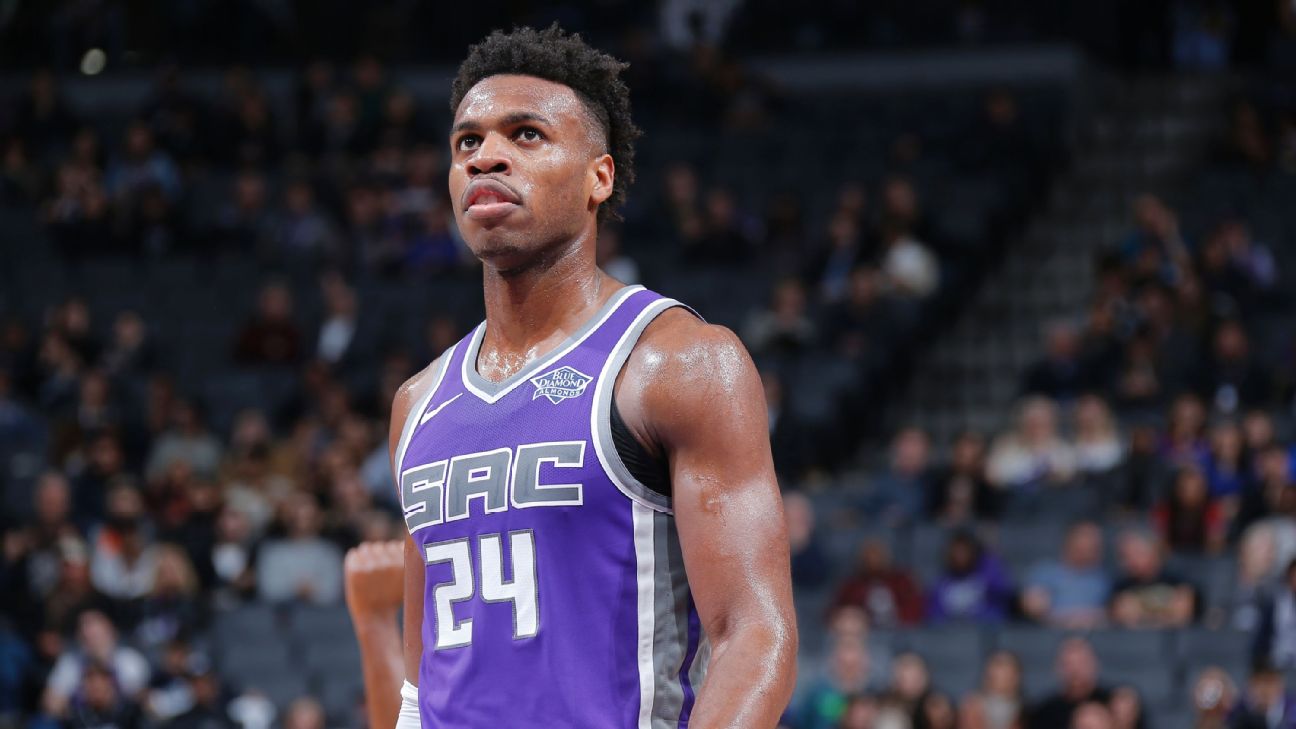 Fresh off an appearance on one of the NBA's biggest stages, Sacramento guard Buddy Hield was quick with an assurance the Kings will have a place on the league's most meaningful stage.

The Kings, mired in the NBA's longest postseason drought at 12 years, won't miss the playoffs this season, Hield says.

"Very confident. I'd bet my house on it," Hield told reporters Wednesday. "I make a lot of money to buy the next one."

A jovial Hield, among a quartet of Kings to make the trip to All-Star Weekend, said there was a limit to what he'd put on the line.

"You can't bet your dogs," Hield said. "I'm just confident. If I don't say it, [reporters] will say, 'He's not confident enough.' That's how I was raised. I trust in God, and hopefully, he favors us."

At 30-27 and a game behind the Los Angeles Clippers for the eighth and last playoff spot in the Western Conference, Sacramento is in contention and quickly jelling after gettingHarrison Barnes and Alec Burks in trade-deadline deals. The Kings return from the All-Star break Thursday night with a tough task: facing the Golden State Warriors on the road after a full week off.

"Out of the gate we got a tough one to see what we're made of," Hield said. "That's the fun thing about the NBA, man -- no easy games. And everybody knows how dangerous we can be. I like our chances, man."

Hield said he stays up to speed on where the Kings are in the playoff race.

"I always do; even when we were under .500, I was checking the standings to see where we're at," Hield said. "That's human nature."

Hield spoke to reporters after returning from Charlotte, North Carolina, where he took part in the All-Star 3-point Contest and was among several Kings players to make the trip, includingDe'Aaron Fox for the Skills Challenge. Fox, Marvin Bagley III and Bogdan Bogdanovicparticipated in the Rising Stars game.

"The goal is to try and win it one of these years," Hield said about the 3-point Contest, in which he advanced to the finals with Stephen Curry and Joe Harris, who won it. "You got to be as mentally focused and locked in as you can, and when you're shooting just be more relaxed."

Kings coach Dave Joerger said before the break that the players' chemistry was where it needed to be.

"We're competing," Joerger said. "We like each other. They get along great." 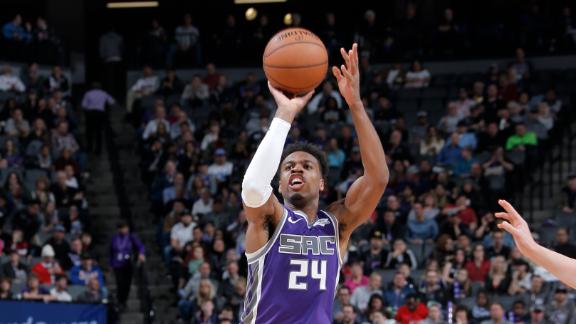