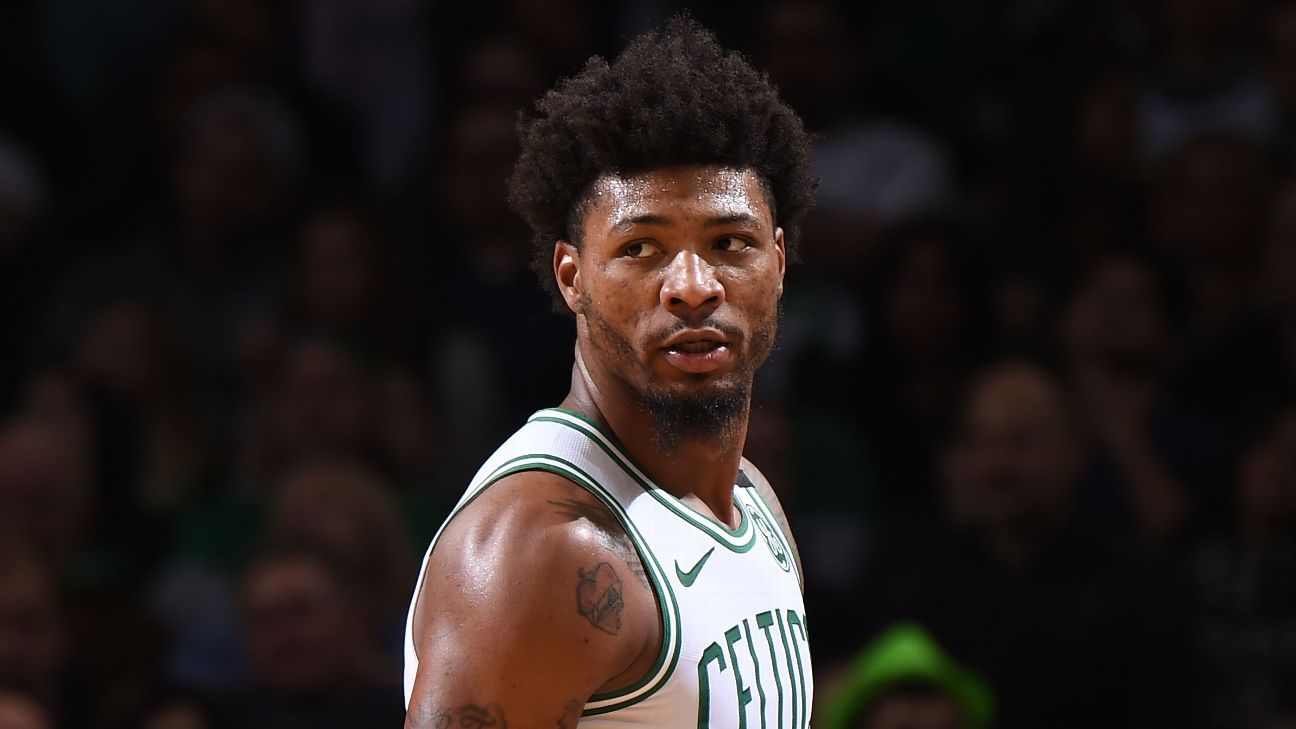 The coronavirus continues to make its way through the NBA, with Boston Celtics guard Marcus Smart and two Los Angeles Lakers players testing positive for COVID-19.

Both teams released statements Thursday announcing the positive tests, although they did not identify the players by name.

Smart posted a tweet later Thursday confirming that he had tested positive.

"I'm OK, I feel fine. I don't feel any of the symptoms," Smart said in a video he posted on social media. "But I can't stress enough practicing social distancing and really keeping yourself away from a large group of people and just really washing your hands and help protect yourself. And help protect others by protecting yourself."

Smart was more emphatic in his tweet in addressing the issue of social distancing, writing, "The younger generation in our country must self distance. This is not a joke. Not doing so is selfish. Together we can beat this, but we must beat it together by being apart for a short while."

Boston said in its statement that the Celtics player, later confirmed to be Smart, was tested because of "exposure to a known positive case." The team said he was not exhibiting symptoms and has been in isolation for several days.

Smart, 26, said he was tested five days ago and got his results Thursday evening. Lakers players were tested Wednesday and received their results a day later. L.A. was prompted to have its players tested after four Brooklyn Nets players tested positive for COVID-19 on Tuesday.

The Lakers' last game was against the Nets on March 10 at Staples Center. The NBA season was suspended indefinitely the following day.

"We learned today that two Lakers players have tested positive. Both players are currently asymptomatic, in quarantine and under the care of the team's physician," the Lakers said in a statement.

"All players and members of the Lakers staff are being asked to continue to observe self-quarantine and shelter at home guidelines, closely monitor their health, consult with their personal physicians and maintain constant communication with the team."

Lakers players arrived at the test site and never left their vehicles during the procedure, which involved a cotton swab being placed up players' nostrils to secure a culture. Sources told ESPN's Ramona Shelburne the test took a matter of minutes. The Lakers will now test coaches and support staff who had close contact with the players, sources told Shelburne.

Before the results were released, Lakers guard Danny Green appeared as a guest on the "Full 48" podcast with Howard Beck and acknowledged the testing.

"We are all still waiting back as a group, as a team, to figure out what our results are so we know the necessary steps to take moving forward," Green said. "But either way, negative or positive results, we still have to be quarantined for a couple of weeks so I am in the house as well, just like you are."

Green added that a contingent of Lakers players were at the team's practice facility in El Segundo, California, on Tuesday for their staggered individual workouts when the Nets news came out.

At that point, the Lakers' training staff started working on a testing plan.

"Usually the schedule has been, 'All right, your workout time is this time,'" Green said on the "Full 48." "Then it was like, 'We are pretty much shutting down for the next two days. Tomorrow, it is not mandatory but we highly suggest that you guys come in and get tested.' Which we did so [Wednesday] morning, we got tested and the gym is shut down for the next two weeks. Most of us were in the gym or at the facility when we heard the news."

Lakers star LeBron James posted an Instagram story Thursday morning with him participating in a live video meditation on his cellphone. He later posted videos of his wife, Savannah, working out in their home gym accompanied by the hashtag #RONACHRONICLES.

Imani McGee-Stafford, the sister of Lakers starting center JaVale McGee, tweeted on Thursday that her brother was not one of the two Lakers players infected.

The tally of known cases in the league is up to 14: Rudy Gobert and Donovan Mitchell of the Utah Jazz; Christian Wood of the Detroit Pistons; Kevin Durant and three other Nets players; Smart; one member of the Denver Nuggets organization; three individuals within the Philadelphia 76ers organization; and the two Lakers.

"The health and well-being of our players, our organization, our fans, and all those potentially impacted by this situation is paramount. As always, we appreciate the support of our fans, family and friends, and wish everyone affected by this virus a speedy recovery," the Lakers' statement concluded. 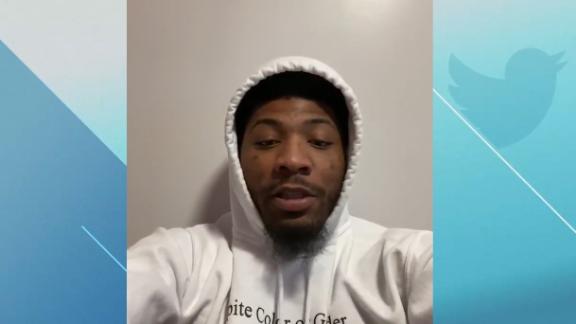 Marcus Smart confirms positive coronavirus test
Marcus Smart announces he has tested positive for the coronavirus, though he is asymptomatic and encourages everyone to continue to practice social distancing. 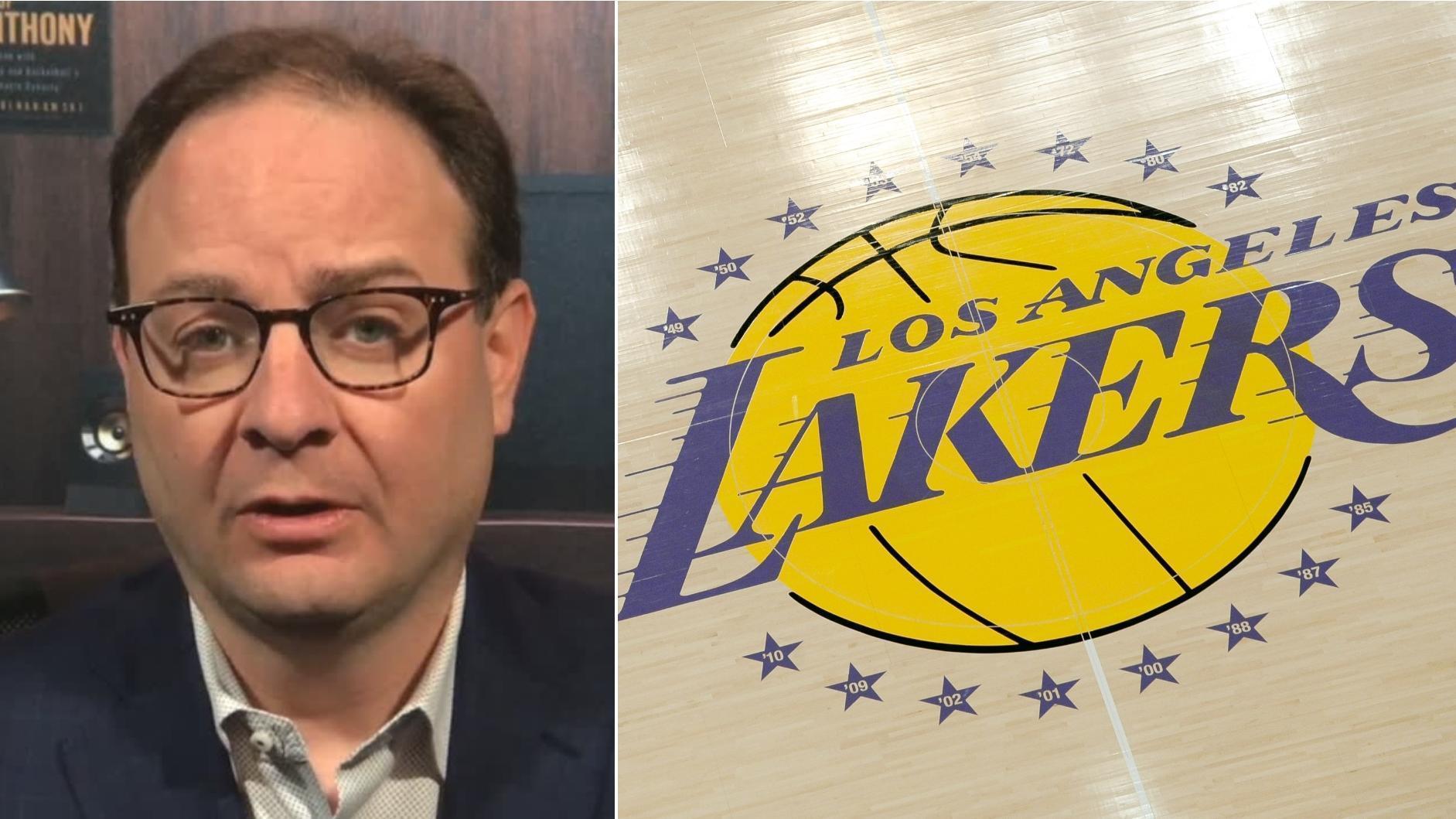 Woj shares how the NBA is trying to contain the coronavirus
Adrian Wojnarowski breaks down how the NBA is attempting to stop the spread of the coronavirus within the league.
Report a correction or typo
Related topics:
sportsespnnewsmarcus smartboston celticsnbalos angeles lakers
Copyright © 2020 ESPN Internet Ventures. All rights reserved.
More Videos
From CNN Newsource affiliates
TOP STORIES