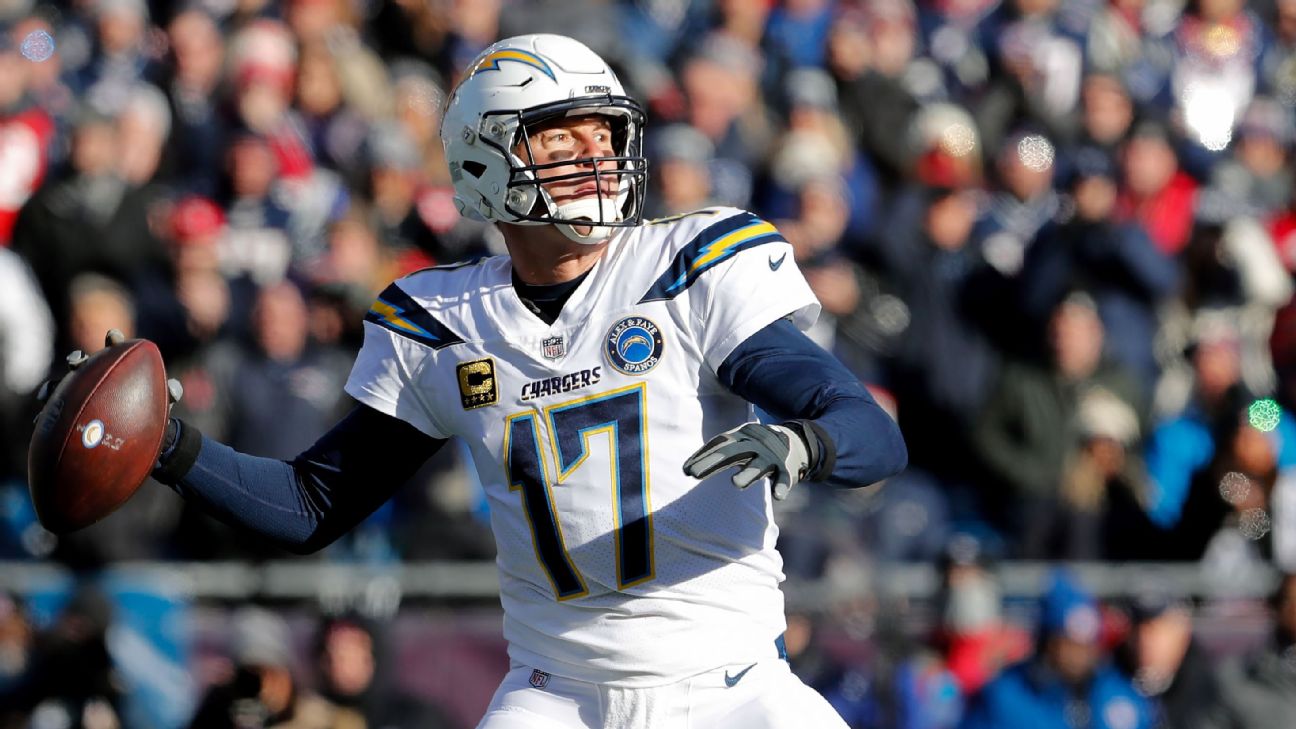 COSTA MESA, Calif. -- Following one of his best seasons as a pro, which included reaching the AFC divisional round for the first time since the 2013 season, Los Angeles Chargers quarterback Philip Rivers said he wants to play for at least a handful of more years.

Entering the final year of his contract, Rivers said his representation has not talked with Chargers brass about a contract extension. On Thursday, however, general manager Tom Telesco said the Chargers want to begin conversations at some point this offseason about a new deal with the quarterback.

Rivers signed a four-year, $83.5 million extension before the 2015 season that includes a no-trade clause. Telesco said back then he wanted the veteran signal-caller to be a Charger for life. Telesco reiterated during his end-of-season news conference on Thursday that his thoughts on the matter have not changed.

The 37-year-old quarterback has said he believes he can still play at a high level for years to come and wants to be around when the Chargers open their new stadium in September 2020.

"I certainly feel that's something I want to be a part of and hopefully be helping us still winning football games," Rivers said.

Rivers finished the regular season fifth in the NFL in passer rating (105.5), tied for sixth in the league in passing touchdowns (32), eighth in passing yards (4,308) and ninth in completion percentage (68.3), earning his eighth trip to the Pro Bowl. Indianapolis Colts quarterback Andrew Luck replaced Rivers in the annual all-star game due to an ankle issue.

Rivers has done a better job of taking care of the football since Anthony Lynn took over as head coach two years ago, and that has contributed to more steady play during that stretch.

"Philip played really good football this year," Lynn said. "He was very consistent. He was playing at an MVP level, and that's a credit to him, being 37 years old and coming back in the best shape of his life.

"He was unbelievable. I saw this coming last year in OTAs, just the way he ran around, the way he looked and the way he was throwing. He's a good football player. He's a Hall of Famer, so that speaks for itself."

Lynn said during his end-of-season news conference with reporters last week that he believes Rivers can continue to play at a high level.

"After what he showed this year, I really think he can play for a couple more years, maybe even more -- who knows?" Lynn said. "I don't know what these guys take these days, they play forever."

Rivers made a successful transition during the team's relocation from San Diego to Los Angeles by purchasing a souped-up SUV for the 90-mile commute north of San Diego to the team's headquarters in Orange County, hiring a driver so he can study film during the trip.

Rivers and his wife, Tiffany, also are expecting their ninth child in March.