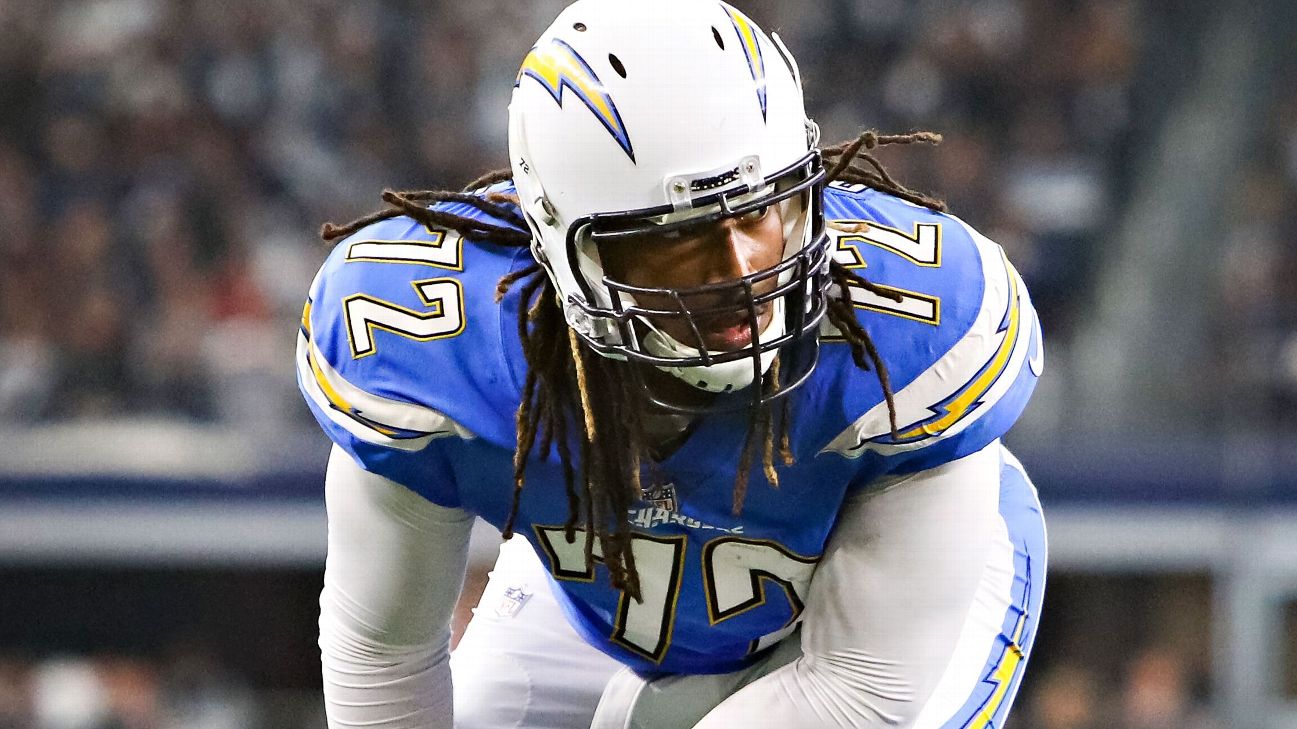 COSTA MESA, Calif. -- The Los Angeles Chargers released right tackle Joe Barksdale on Monday, a day after he was a late scratch from the team's victory over the Pittsburgh Steelers due to personal reasons.

Barksdale took to Twitter to thank the Chargers for supporting him.

The Chargers used the vacant roster spot to sign receiver Dylan Cantrell, a sixth-round selection in this year's draft by the Bolts out of Texas Tech.

Barksdale signed a one-year contract with the Chargers as a free agent in 2015, then a four-year, $22 million extension the following season.

The LSU product started 42 games in his nearly four seasons with the Chargers, mostly at right tackle.

Barksdale, 29, revealed earlier this year he's been dealing with depression, and uses music to cope with his condition.