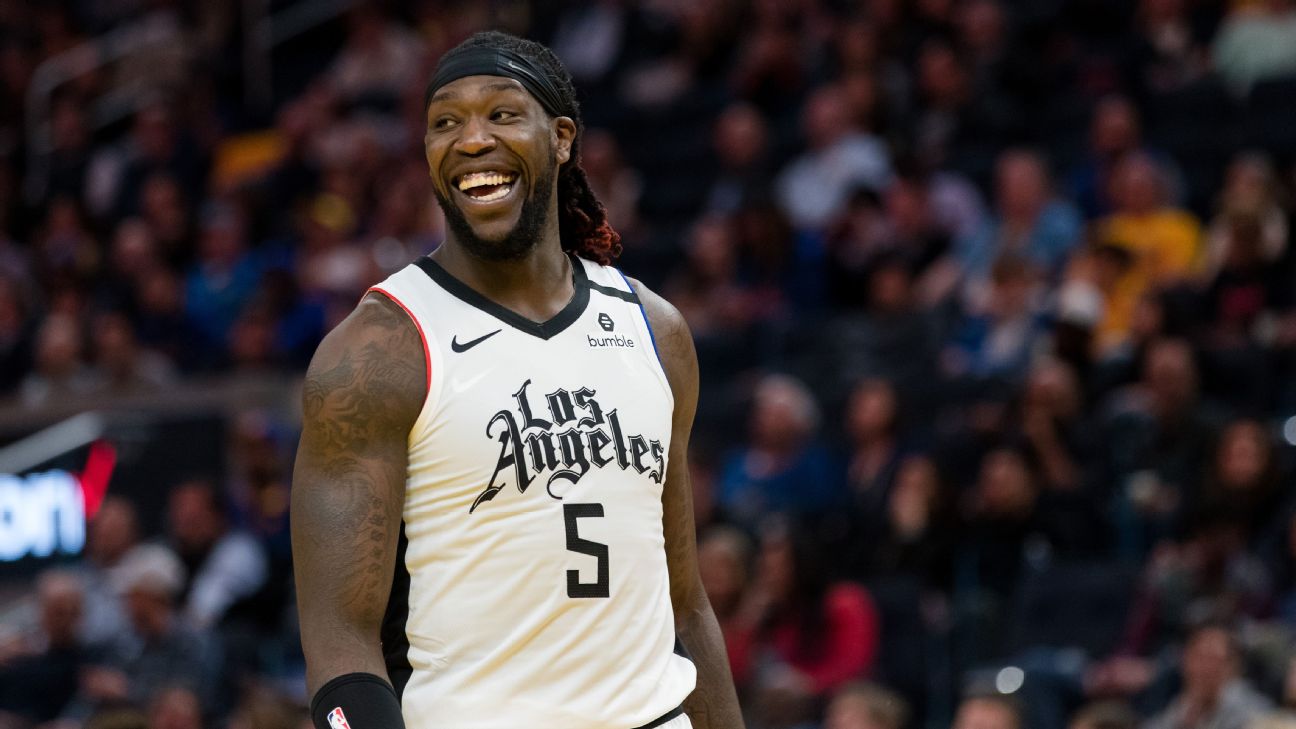 After Lou Williams surprised Montrezl Harrell by presenting him with this season's NBA Sixth Man of the Year Award at Friday's practice, the LA Clippers power forward went back to his hotel room and wanted to share this moment with his grandmother.

"She told me that this year was going to be my year," Harrell said. "I went back to my room and contemplated having our talks one-on-one because we have had these talks and she told me I was going to win it this year."


"And it hurts," Harrell added. "Yes, it is a tremendous blessing that I was able to get this and be here. But it hurts that I am not able to take it home to her."

Harrell dedicated his first Sixth Man of the Year Award to his grandmother, who helped raise him and introduced him to basketball. She died in late July. The power forward left the Clippers on July 17 and was not able to rejoin his team for a month.

Harrell said he is still grieving the loss of his best friend.

"I just want to say thank you," Harrell said to the award voters before becoming emotional. "This is a tremendous honor. This is for my grandmother, who is not here with me today and not able to see this.

"She's not going to be able to see me do something that she instilled in me as a young child, a game that she brought to my attention and I fell in love with and worked my tail off at."

For the third consecutive year, the Clippers have the league's top sixth man, after Williams won the award the previous two seasons. The Clippers have had five of the past seven winners of the award.

"I'm just so proud of him as a coach," Doc Rivers said of Harrell. "He epitomizes what a Sixth Man of the Year Award winner is, and trust me, we're getting used to 'em here, with Lou Williams and Jamal Crawford in the past. To have Trez join the group is really amazing."

Harrell averaged career highs of 18.6 points and 7.1 rebounds in his fifth season for the Clippers. Williams averaged 18.2 points this season. Harrell and Williams are the first pair of reserves to each average 18 points coming off the bench since starters were first listed on the box score in 1970-71 (minimum 25 games off the bench), according to ESPN Stats & Information data.


The 6-foot-8 Harrell officially accepted the award on the Kia Sixth Man virtual presentation wearing a Lou Williams T-shirt to honor his teammate, who earned seven first-place votes and a total of 127 points to finish third in voting.

"I'm following the other guy who's won this award three times," Harrell said of Williams. "He's the ideal person that you could model behind, playing the game and doing it the right way. He's been in a lot of different aspects to where he could have been on teams and actually started, but he hasn't complained once."

Harrell has now earned his biggest individual achievement during a contract year before he enters free agency. He just wishes he could share it with his grandmother.

"I had this talk with my grandmother, and losing her this year, it's still tough every day," Harrell told his teammates while holding the trophy in a video taken by the team at Friday's practice. "This is a tremendous honor. I thank you all you guys, especially Coach [Rivers], since I came here, giving me this opportunity. I've grown with you guys, especially Pat, Lou, been around you guys ever since coming into this league. This is really for you guys. I just want to say thank you." 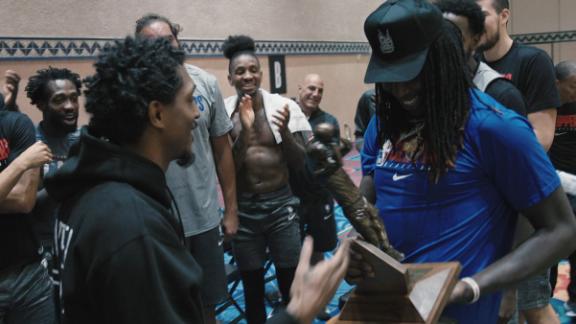