Corey Liuget's option won't be picked up by Chargers 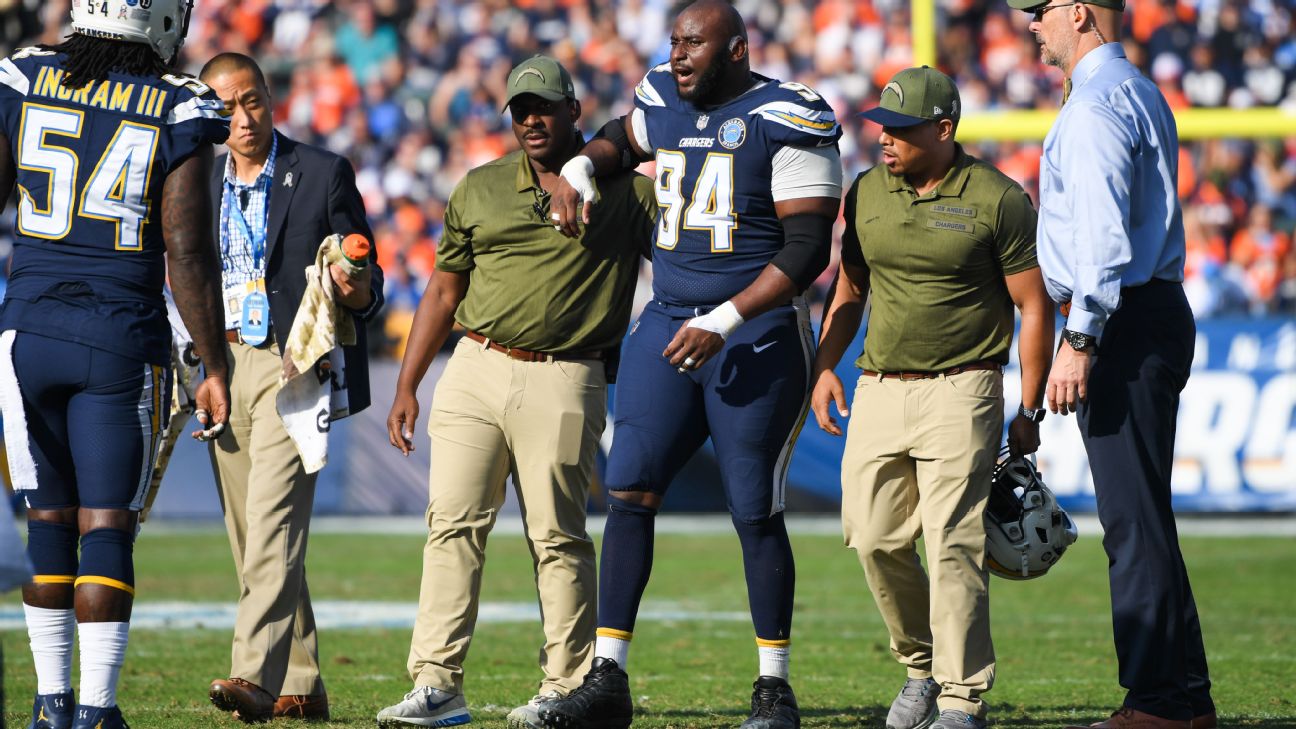 COSTA MESA, Calif. -- The Los Angeles Chargers announced on Wednesday they will not exercise the 2019 option on the contract of defensive tackleCorey Liuget, the longest-tenured player on defense.

The move means Liuget will become a free agent in March. However, Chargers general manager Tom Telesco said it remains a possibility for Liuget to re-sign with the Chargers in free agency.

"While we did not exercise the 2019 option in Corey's contract and he will now become a free agent on March 13, the door is certainly not closed for a possible return in the future," Telesco said in a statement.

Selected No. 18 overall by the Chargers in the 2011 draft out of Illinois, Liuget was due to make $8 million in 2019, including a $4 million roster bonus due on the third day of the new league year in March.

After serving a four-game suspension to start the 2018 season for violating the league's policy on performance-enhancing drugs, Liguet returned to the field in Week 5 and played well defensively for the Chargers, but he suffered a season-ending torn right quad in a Week 11 loss against the Denver Broncos.

Liuget had surgery in December to repair his torn quad in New York and returned there to rehab. He said he hopes to be on the road to recovery by March and available to participate in some aspects of offseason work.

A roller-coaster season for Liuget ended on a high note when the Chargers nominated the defensive tackle for the NFL's Walter Payton Man of the Year Award, presented to a player from each team for their commitment to community service work.

"For me, it's everything because he's a guy that I idolized growing up, someone that I looked up to," Liuget said about Payton.

The honor for Liuget was unusual because of his suspension for violating the PED policy.

Liuget is suing former trainer Ian Danney for $15 million in damages due to lost wages, pain and suffering he believes were caused by his positive test.

"To know that the team looked at me as a guy that's always doing something good in the community and they can count on me to go and represent them as a good, outstanding person in the community is important," Liuget said.

A South Florida native, Liuget last year met and worked out with the Marjory Stoneman Douglas football team to honor former assistant coach Aaron Feis, one of the 17 victims of the Parkland shooting.