Dodgers activate Justin Turner, start him at DH vs. Padres 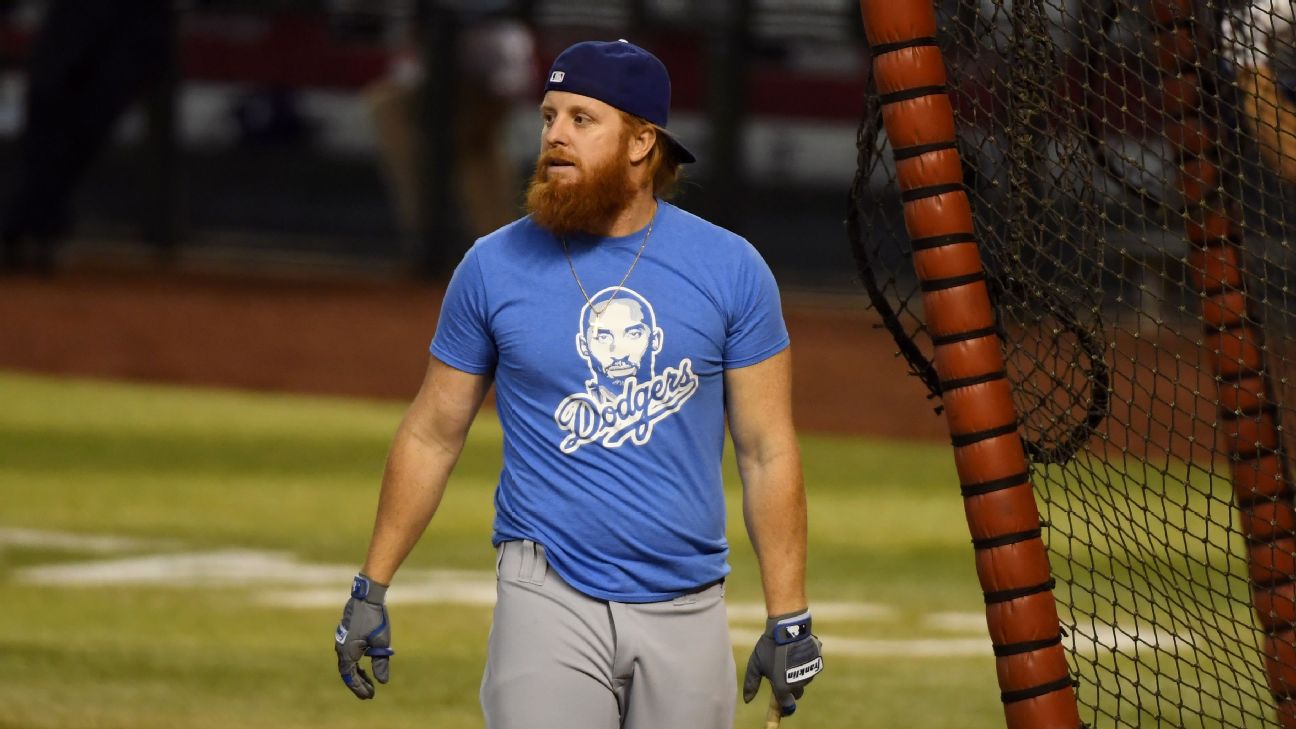 The Los Angeles Dodgers activated third baseman Justin Turner off the injured list on Tuesday morning. He was the team's designated hitter against the San Diego Padres, part of an effort to ease Turner back into the lineup after he missed the past 14 games with a strained hamstring.

Turner hit third in the order Tuesday night as the DH, singling in a run in his first at-bat.


The Dodgers cleared a spot on the active roster by sending right-handed reliever Josh Sborz back to their alternate site at USC.

Turner, 35, was batting .282 with two home runs and 20 RBIs in 138 plate appearances before Tuesday. He serves as a crucial right-handed bat to balance out the middle of their lineup.