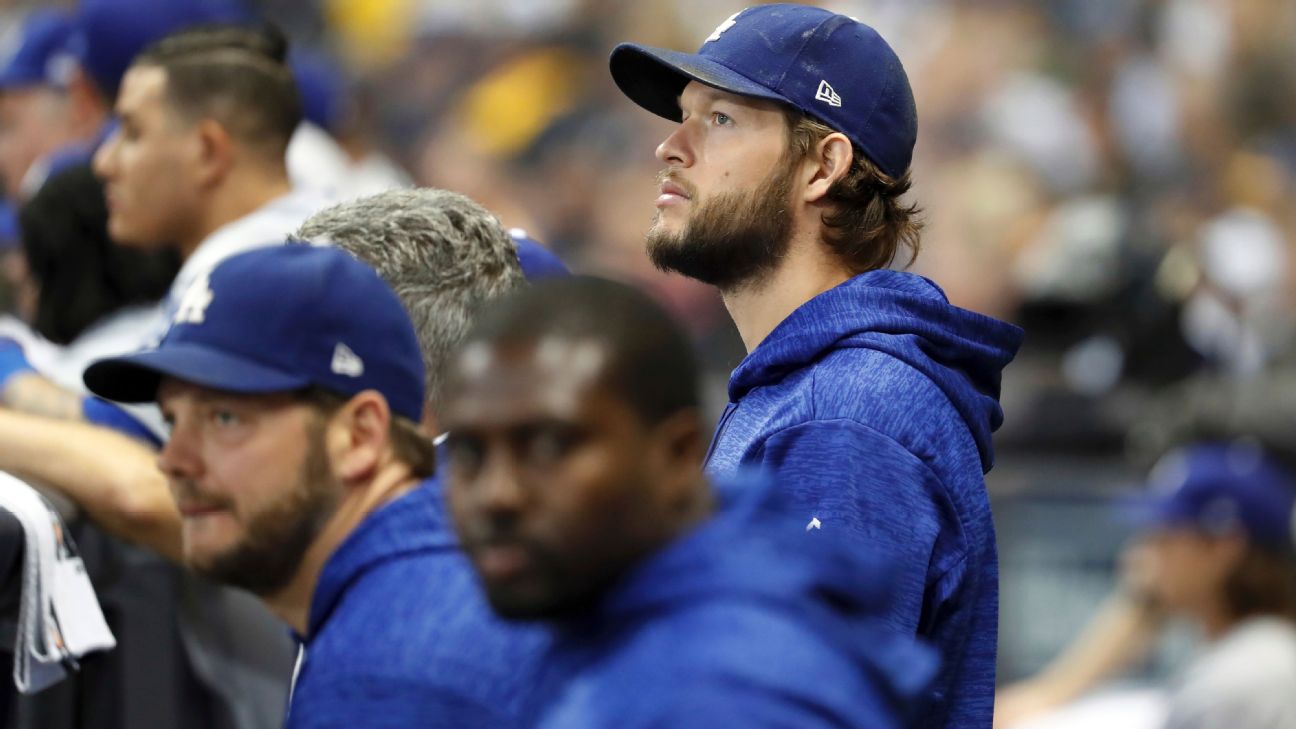 LOS ANGELES -- Clayton Kershaw, preparing to make what could possibly be his final start with the Los Angeles Dodgers on Wednesday afternoon, has not decided whether to exercise the opt-out clause in his contract, a decision he must reach shortly after the conclusion of the World Series.

"I have not made a decision," Kershaw said when asked about it prior to Game 4 of the National League Championship Series on Tuesday. "And to my understanding, you get 10 days after the World Series. So, should be a busy 10 days."

Kershaw is owed $65 million over the next two seasons, the tail end of a seven-year, $214 million extension he signed with the Dodgers in January of 2014. Kershaw would opt out for the opportunity to stretch out a similar average annual value a little bit longer. But a decision that at one point appeared to be a foregone conclusion now seems like a major dilemma.

Kershaw, who will turn 31 in March, is probably the greatest pitcher of his generation and collected a 2.73 ERA in 2018. But back issues have sent him to the disabled list each of the past three years and his fastball velocity has declined into the low 90s, causing fewer strikeouts and more balls in play.

Asked late in the regular season about Kershaw's opt-out, Dodgers president of baseball operations Andrew Friedman said: "All of our focus right now is on winning the 2018 World Series. I think we have a trust and communication in place that allows for us not to spend too much of our time and focus on it right now, meaning us and him. When the time comes, we'll obviously seek him out and have those conversations. It's just not front of mind right now."

The only pitcher who makes more than the $32.5 million Kershaw would average over the next two years is former teammate Zack Greinke, who signed a six-year, $206.5 million contract with the Arizona Diamondbacks when he was a year older than Kershaw is now.

Kershaw completed only three innings against the Milwaukee Brewers in Game 1 of the NLCS and, with his team down 2-1 in the series, will take the mound with the Dodgers potentially facing elimination in Game 5 (first pitch is 2:05 p.m. PT). The looming opt-out makes it possible that it will be his final appearance with the franchise that drafted him in 2006.

Kershaw is "trying not to" think about that.