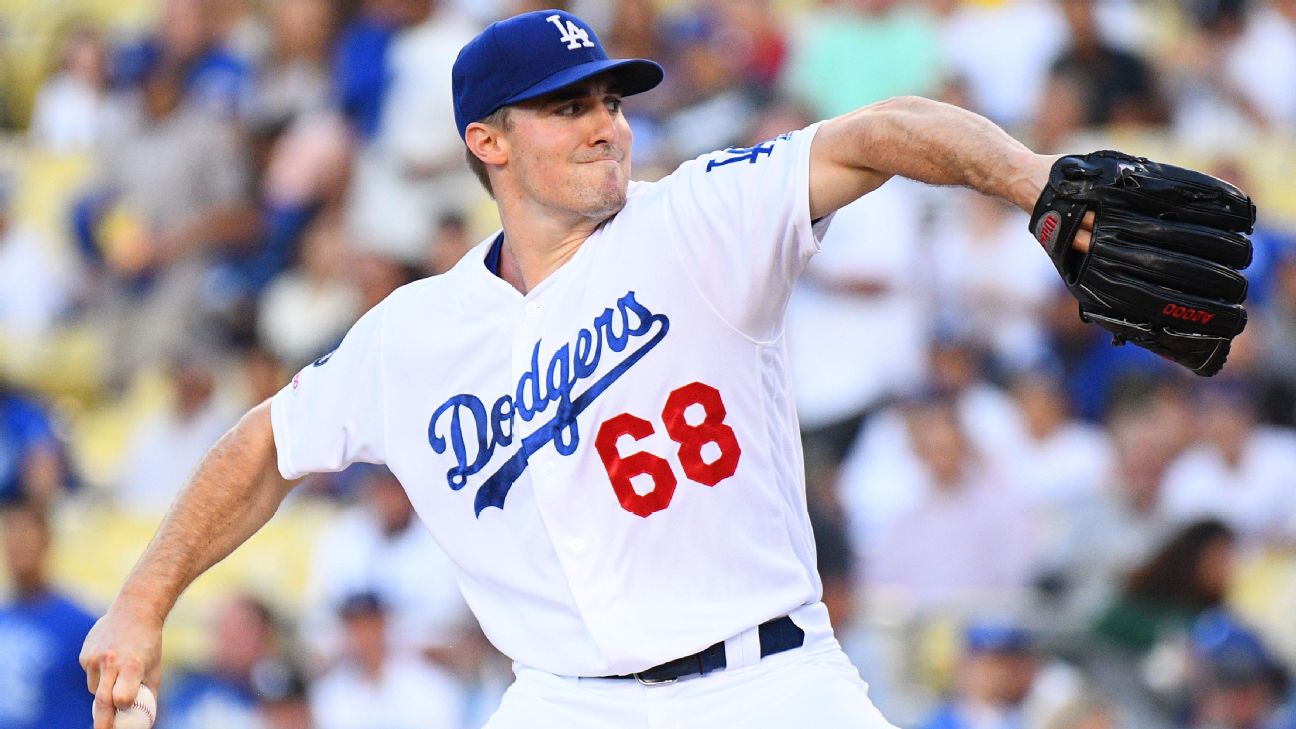 The only transaction the Los Angeles Dodgers made was announced an hour after this unconventional trade deadline came and went. They sent veteran starting pitcher Ross Stripling, on the outside looking in with everyone healthy, to the needy Toronto Blue Jays in exchange for two players to be named later on Monday afternoon.

And so, while many of the contenders made moves to augment their rosters, the best team in baseball relieved itself of some depth.


The Dodgers, president of baseball operations Andrew Friedman explained, want to give Tony Gonsolin a permanent spot in their rotation. Given the presence of Clayton Kershaw, Walker Buehler, Julio Urias and Dustin May -- not to mention the impending return of veteran Alex Wood -- that decision would have once again left Stripling in a low-leverage, nondescript long-relief role.

"We have a ton of professional and personal respect for Ross and believe that he is a major league starting pitcher," Friedman said. "And ultimately we didn't feel comfortable putting him in the bullpen."

Stripling, one of the most personable and well-liked players in the Dodgers' clubhouse, has contributed a 3.68 ERA in 420 2/3 innings over the past five years, making 59 of his 143 regular-season appearances as a starter. He'll help fortify a Blue Jays team that has dealt with an assortment of injuries to its starting pitchers and also added Taijuan Walker and Robbie Ray before the deadline. But his former team no longer had the roster space to keep him in a prominent role.


The Dodgers, coming off setting a National League record for home runs in the month of August, entered the week with a major league-best 26-10 record. Their plus-90 run-differential was on pace to be the second highest in major league history on a per-game basis, according to research from ESPN Stats & Information, and was more than double that of the second-place Chicago White Sox.

The Dodgers were linked to Texas Rangers starter Lance Lynn and Milwaukee Brewers reliever Josh Hader, neither of whom were dealt. After landing frontline starting pitcher Yu Darvish in 2017 and trading for star shortstop Manny Machado in 2018, the Dodgers have fallen short of their aspirations before back-to-back trade deadlines -- an anticipated difficulty when shopping at the top of the market, especially amid the backdrop of a shortened season and an expanded playoffs.

"We feel really good about the team that we have and also the depth behind it," Friedman said. "Our mindset was not to just do something to do something, and that we have guys on our 28-man roster who are deserving of playing time and didn't want to block that unless it was someone really impactful."
Report a correction or typo
Related topics:
sportsespnnewsmlbross striplinglos angeles dodgerstoronto blue jays
Copyright © 2021 ESPN Internet Ventures. All rights reserved.
More Videos
From CNN Newsource affiliates
TOP STORIES