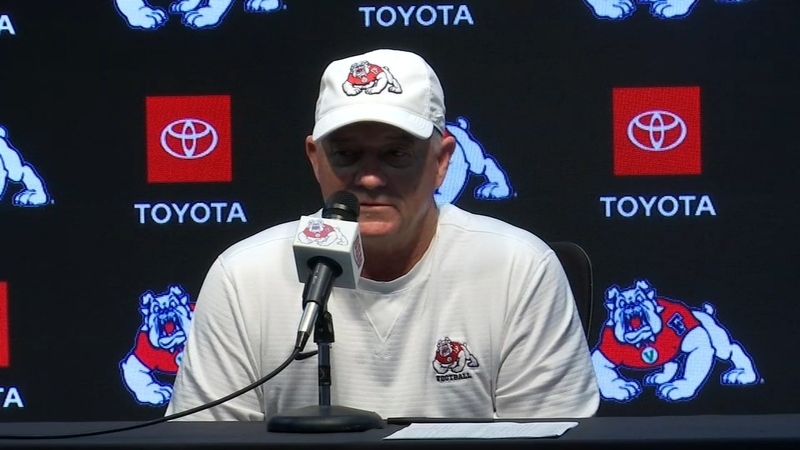 FRESNO, Calif. (KFSN) -- The Bulldogs are the last team to open play in the Mountain West Conference. Coach Tedford used the bye week to prepare for Air Force's triple-option, as the Falcons lead the conference in rushing.

Air Force is led by quarterback DJ Hammond III and the fullback Taven Birdow who's averaging over 75 yards a game. The Falcons' offense ranks second in the conference in scoring with 32.6 points. Their only two losses of the season were against ranked Boise State in Idaho and Navy last Saturday.

Air Force overcame a 16 point deficit in the fourth quarter to take the lead over their rival only to fall in the final 30 seconds of the game.

"You can never go to sleep against Air Force. We played them before we've had big leads and they came back you have to play every play," Tedford said.

Fresno State has lost the past two meetings against the academy with the last victory coming in 2012. They're an experienced group with all 22 starters listed as juniors or seniors. In comparison, Fresno State is set to start seven underclassmen.

"Came off a bye week yesterday with good energy at practice. Looking forward to tomorrow to resume, getting back at it, it's a great challenge for us," Tedford said.