Dominant 20: Why Mike Trout was still the toughest out in baseball in 2018 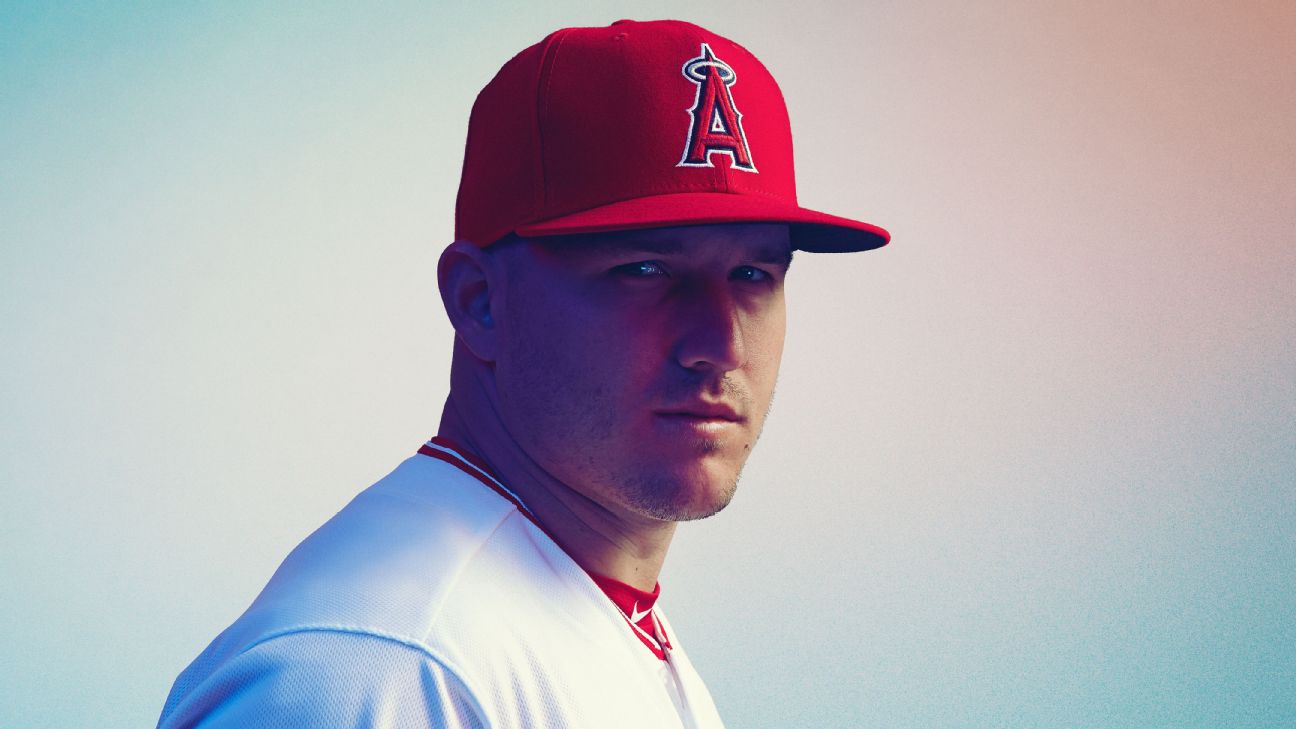 Mike Trout is No. 20 on ESPN The Magazine's list of the most dominant athletes of the year. Click here for more on the Dominant 20, which alsoincludes American League MVP Mookie Betts, at No. 14.

Try to imagine that Mike Trout is the bad guy.

The story of the villain in all his many forms -- the Las Vegas casino vault or the Death Star; Goliath or the speedy hare -- always follows the same format: first, the seemingly impenetrable wall of defenses and weaponry, then the timely revelation of a mundane-but-crucial insecurity. The retina-scan entry and titanium-reinforced vault doors and the one guard who gets distracted watching Final Jeopardy.

First, the bad news. To beat Trout, you have to get him to swing. Only four batters chased fewer pitches out of the strike zone last season. Every so often he'll take a whack at a pitch that's obviously a ball, but even then he has an uncanny ability to swing and miss rather than ground out weakly. So you're going to need to go through the strike zone and preferably paint the corners. Even if it's in the rulebook strike zone, you still might not get the call. Trout gets the call on pitches on the corner about 45 percent of the time, according to ESPN Stats & Information data, the highest rate in baseball. He has an exceptional sense of what a ball looks like, but he also has an exceptional sense of what the umpire thinks a ball looks like.

Trout hit .322/.463/.586 against fastballs last season. You can try to mix things up. But here's where it gets tricky: Nobody hit off-speed pitches better than Trout did. And nobody hit breaking pitches better than he did either. His OPS on non-fastballs was more than 100 points higher than any other hitter's, and only four guys were within 200 points. You can't get him off your fastball without throwing breaking balls, which he won't chase; or changeups, which he doesn't miss.

So most pitchers just throw him fastballs. And since he doesn't chase fastballs (second-lowest chase rate in baseball in 2018), most throw him strikes -- hoping, perhaps, that he'll hit it on the ground. But only seven batters in baseball had a higher batting average on grounders last season. He is fast, which keeps shortstops from moving back. But he hits the ball very hard, which keeps third basemen from moving in. Consequently, he gets a lot of hard grounders past the shortstop and outruns a lot of slow choppers to the left side. (His sprinting speed was in the 93rd percentile. Only 16 batters turned a higher percentage of ground balls into infield hits.) Trout, though, rarely hits the ball on the ground. Only three batters hit fewer grounders.

Rather, Trout hits a lot of fly balls; he was the 10th-most productive fly ball hitter in baseball. And he hits line drives. His average distance on batted balls was sixth in baseball. So you have a batter who won't chase any pitch that isn't going to be called a strike. He isn't fooled by breaking balls or off-speed pitches, and he isn't late on fastballs. Umpires give him the borderline pitches, and when he swings at those pitches, he hits them anyway. When he hits the ball, it'll probably be in the air, and it'll probably go very far. If it's on the ground, it'll probably be difficult to field, and if you do field it, he'll probably be fast enough to put pressure on the play. After all of which he'll probably end up on base, where he's one of the best baserunners in the game.

The good news is -- actually, there is no good news. This was all a setup. The villain is supposed to have one vulnerability, yet Trout has none. You could say he sometimes swings and misses at pitches in the strike zone. But his contact rate on pitches in the zone is still in the 80th percentile. That's his weakness: the 80th percentile, and only in one thing. He's simply not qualified to be the bad guy.