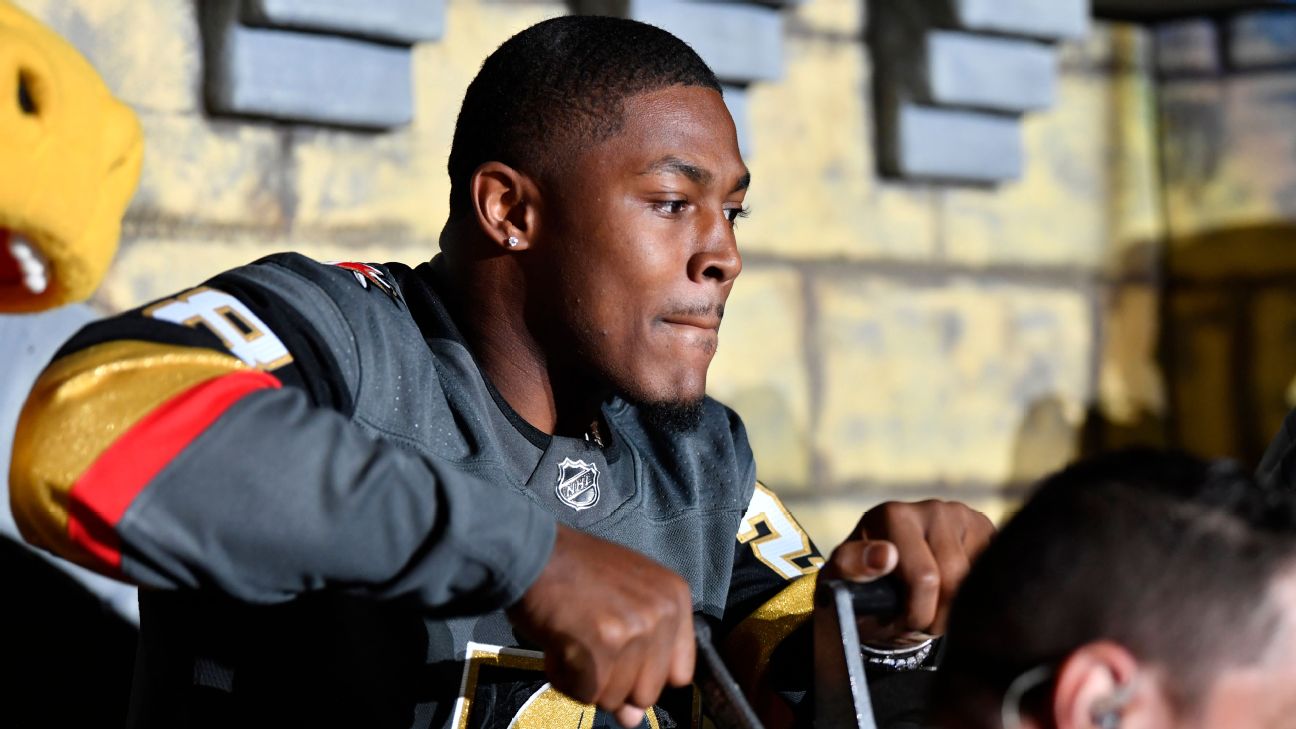 Through six weeks of the season, eight teams have already had a bye week. How do players spend the off week that early in the season?

Planning a wedding during a grueling NFL season can be tough, but a Week 5 bye week can certainly help. Detroit Lions center Frank Ragnow thought his off weekend would be filled with visiting various wedding venues after proposing to his fiancée, Lucy Rogers, earlier this year. But when the couple returned to their native Minnesota, they only visited one on Friday -- a vineyard and apple orchard in Waconia, Minnesota, about 30 minutes from where they grew up.

"I told Lucy right away that you can pick everything. It's your day," Ragnow said. "I really, I will marry you wherever you want to get married. But I just want to pick the food. The only thing I really care about is the food so far, that's about it."

But because the Waconia venue requires use of its own caterer, Ragnow would be taken out of the food game if they choose it. So he has already started giving her a hard time about the vineyard, though mostly joking.

"My mom knew I was coming home for bye week and found out it was his birthday on Friday," Ragnow said. "So she set it up, and I came by the school and surprised him, wished him a happy birthday, got to know him, signed a few things for him and talked for a little while. Met his mom, gave her a big hug and talked to her. Really, my mom set everything up, she's an angel. It was pretty cool being able to see a big smile on his face."

Ragnow can relate. His father, Jon, died in 2016 when Ragnow was in school at Arkansas. Connecting with children who have lost parents at a young age has been a large part of the foundation he's still working to set up.

Otherwise, it was a low-key weekend for Ragnow and Rogers. They went to a Chanhassen High School football game Friday night and celebrated Rogers' grandmother's birthday on Sunday before heading back to Detroit on Sunday night to pick up their dog, Bear, who spent his bye weekend at Camp Bow Wow in Ann Arbor. -- Michael Rothstein

New York Jets nose tackle Steve McLendon, voted a team captain in large part because of his indefatigable work ethic, devoted his Week 4 bye to ... well, working. He returned home to Atlanta and spent the time at his training facility -- Team MVP (McLendon Vision Performance) -- which is set to open after the season. McLendon owns the facility, which includes a field house and indoor track, and has four employees. McLendon used his days off to get the weight room up and running. He describes himself as a hands-on owner.

When he wasn't working at his facility, McLendon simulated a typical NFL week, making sure he did his daily workouts in the weight room. That included a game-day workout, which he did on Saturday because of family obligations on Sunday. His credo is, "The gym is always open." Asked why he didn't escape to a tropical beach on the bye week, McLendon said, "My beach is in front of that iron. That's my beach. I'm built different."

But Jets safety Jamal Adams? He used the off week to escape to Turks and Caicos. He didn't watch football and tried not to think about football. He totally unplugged, although he admitted he kept his phone with him on the beach. "Had a glass of wine and relaxed," he said. "That's all I did." -- Rich Cimini

Buffalo Bills safety Jordan Poyer spent his Week 6 bye at his Florida home with his wife, Rachel, and daughter, Aliyah. An avid angler, Poyer made sure to take advantage of Florida's ample coastline and fishing opportunities. It's something he did while growing up in Oregon, but his passion for it really took off once he moved to the Sunshine State.

"I do [a lot of fishing], especially since I moved to Florida," Poyer said. "It's kind of something that everybody does down there. The first time I went out deep-sea fishing was one of the first weekends I was in Florida, and I fell in love with it." -- Marcel Louis-Jacques

After the team's London game, Oakland Raiders rookie running back Josh Jacobs was in Las Vegas on Saturday for the Week 6 bye to coordinate a charity event and meet with Nevada Governor Steve Sisolak when the NHL's Vegas Golden Knights heard he was in town and reached out. Jacobs had already played in a charity softball game this summer with Knights players, so he was familiar with the NHL team to a degree.

"They hit me up and was like, 'We heard you was in town, we want you to come to the game,'" Jacobs said Monday. "I was like, 'Sure, I ain't never been to a major hockey game.' And they were like, 'When you get here, we've got some stuff for you.' I'm like, all right, they're just going to sit me somewhere, let me meet the players again. But they were like, 'You're going to start the game off with the siren.'"

Indeed, Jacobs was the celebrity guest to sound the pre-puck-drop, old-school-sounding siren to rally fans before the Knights' showdown with the Calgary Flames.

"Then they gave me my own jersey and everything," Jacobs said. "It was dope. And the atmosphere was crazy. Production? Crazy. They had a whole five-minute video before they played. I was like, this is lit. I didn't think it was going to be fun, honestly. It's hockey. But this is lit. I will definitely go to another game. Definitely." -- Paul Gutierrez

"Them boys are looking good," McMillan said. "We got a chance to make some noise this year."

He played for the Buckeyes from 2014-16 before being drafted in second round by the Dolphins in 2017 and said he goes back once a year, usually during the bye. Baker and McMillan both have much of their immediate family living in Ohio, so they split bye-week time between hanging on their old campus and seeing friends and family.

"It's always a great vibe. Got a great chance to catch up with coaches and just be fans," said Baker, who played at OSU from 2015-17 before becoming a Dolphins third-round pick in 2018. "This team got something real good brewing. It didn't even seem like [Michigan State] had a chance." -- Cameron Wolfe 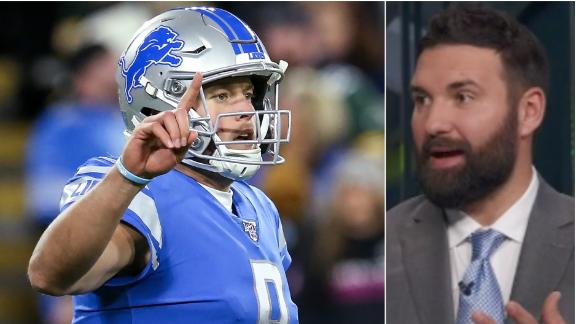 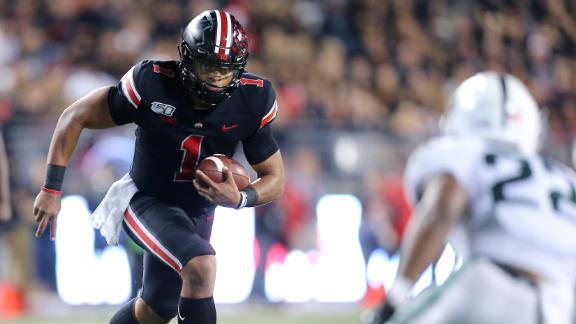