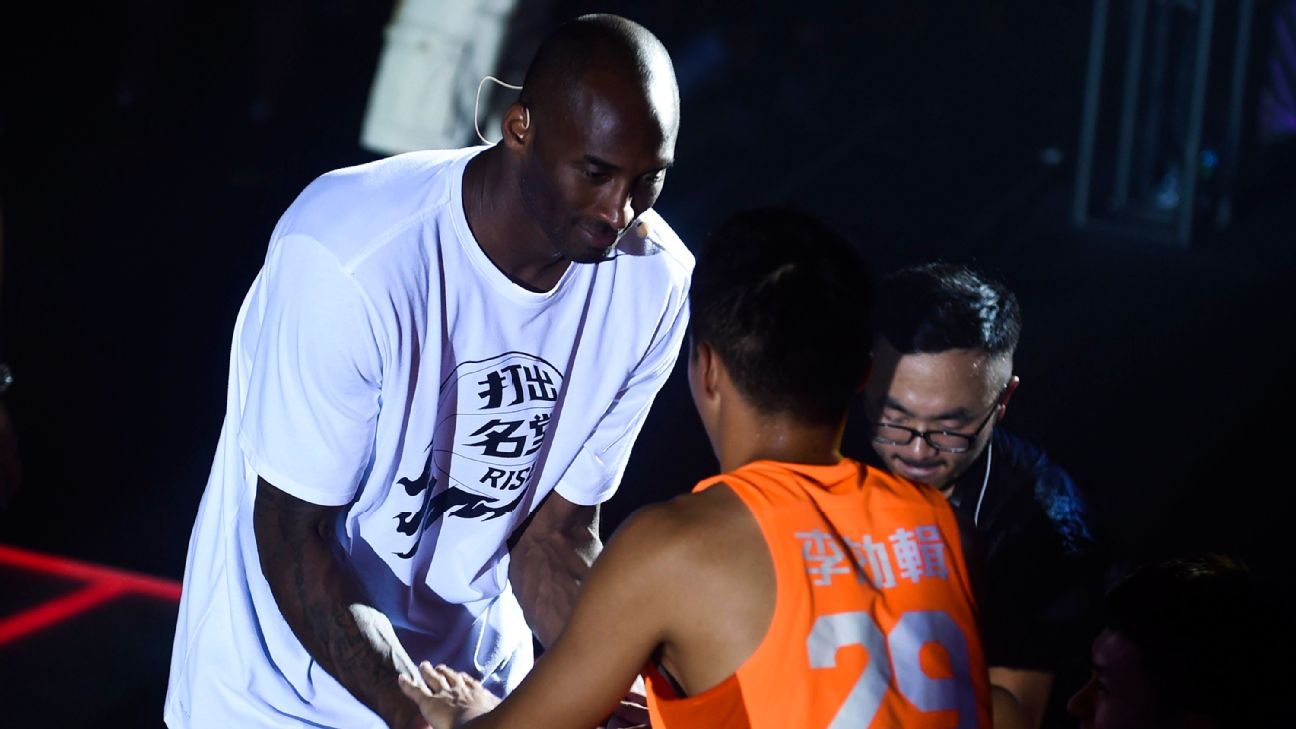 Kobe Bryant has been named the global ambassador for the 2019 FIBA Basketball World Cup.

The former Lakers star, who won five NBA titles with Los Angeles as well as two Olympic gold medals as a member of Team USA, joins Yao Ming as an ambassador for the event, which tips off Aug. 31, in China.

"Growing up in Italy and spending many years visiting China, I have always appreciated the global impact that basketball has had on the positive development of young people," Bryant said in a news release from FIBA. "I'm honored FIBA has invited me to serve as an ambassador for the FIBA Basketball World Cup 2019. I hope my participation inspires and motivates the best players from the 32 participating teams to represent their respective country on the world's biggest stage. I look forward to seeing who will lift the trophy next year."

As ambassador, Bryant will help promote the World Cup and take part in activities leading up to the event, according to FIBA, which said Bryant is the most followed NBA player on Chinese social media (6.84 million followers).

"We're thrilled and honored to have a basketball and sporting legend of Kobe Bryant's caliber join us in building up to next year's World Cup," FIBA president Horacio Muratore said. "This speaks to the impressive stature of our flagship competition. With a record number of participating teams and as the culmination of the ongoing Qualifiers, the FIBA Basketball World Cup in China will be a truly unique event and the sporting fixture of 2019.