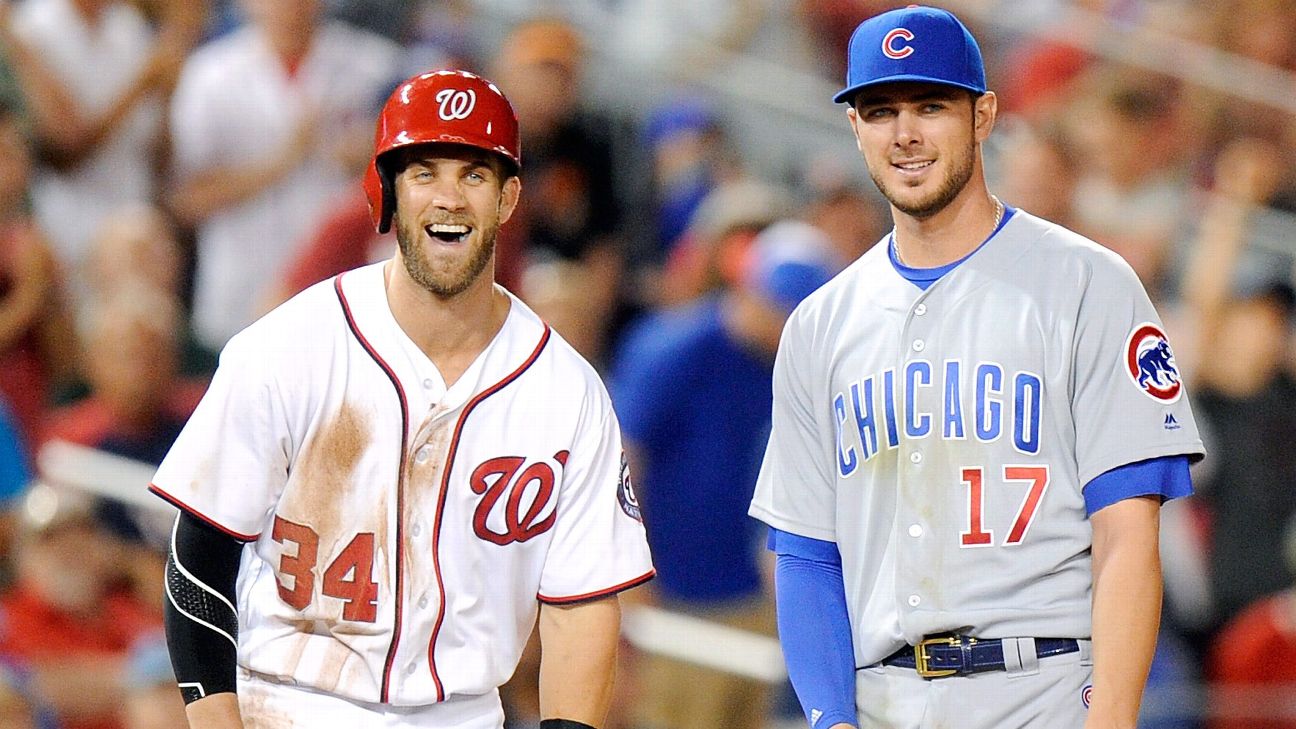 Harper and Machado, along with many other free agents, still are looking for jobs as February nears, marking the second consecutive winter in which free-agent signings have ground to a halt.

"It's really weird," Bryant said Friday from the Cubs' annual winter fan convention. "Two of the best players in the game, and they have very little interest in them, from just what I hear. It's not good. It's something that will have to change. I know a lot of the other players are pretty upset about it."

It's not just veteran free agents ages 30 and up who are still looking for fair contracts. Now it's the younger stars of the game.

On his Instagram account, San Francisco Giants third baseman Evan Longoria also expressed his dismay over the situation and urged the players to "stand strong for what we believe we are worth."

Cubs outfielder Albert Almora Jr., who is a friend of Machado's, called the free-agency situation "unfortunate."

"Right now we have to sit and wait," Almora said. "It's unfortunate, arguably, the best two guys in the league are taking this long to sign. The game is changing right before our eyes. It's a conversation we have to have with our player rep. A lot of us are eager to have those conversations."

Bryant said he is certain Harper won't be signing with the Cubs, who have squashed any talk of adding a high-priced player.

The Cubs have a payroll north of $200 million even without Harper, but that won't be the case for most teams.

Bryant was asked why he thinks free agency has slowed over the past two winters. He said he was unsure of the reason, but threw out the possibility it might be because "not enough teams [are] trying to be competitive."

"There's a lot of teams out there that have the money to spend, but they're not doing it," Bryant said. "It's very confusing to me. If I was an owner, president or GM, I'd love to have Bryce Harper or Manny Machado on my team."

Bryant and Almora indicated they hadn't spoken in-depth with Harper or Machado about where the free agents might sign; they said the timing of Harper's and Machado's availability in January is a good indication of where things stand.

"You work for that moment in your career," Bryant said. "You feel like every team should want you. For them to not have that, it could be disheartening for them. ... It's not about the greed. They've put in the work to warrant contracts that are worthy of it."