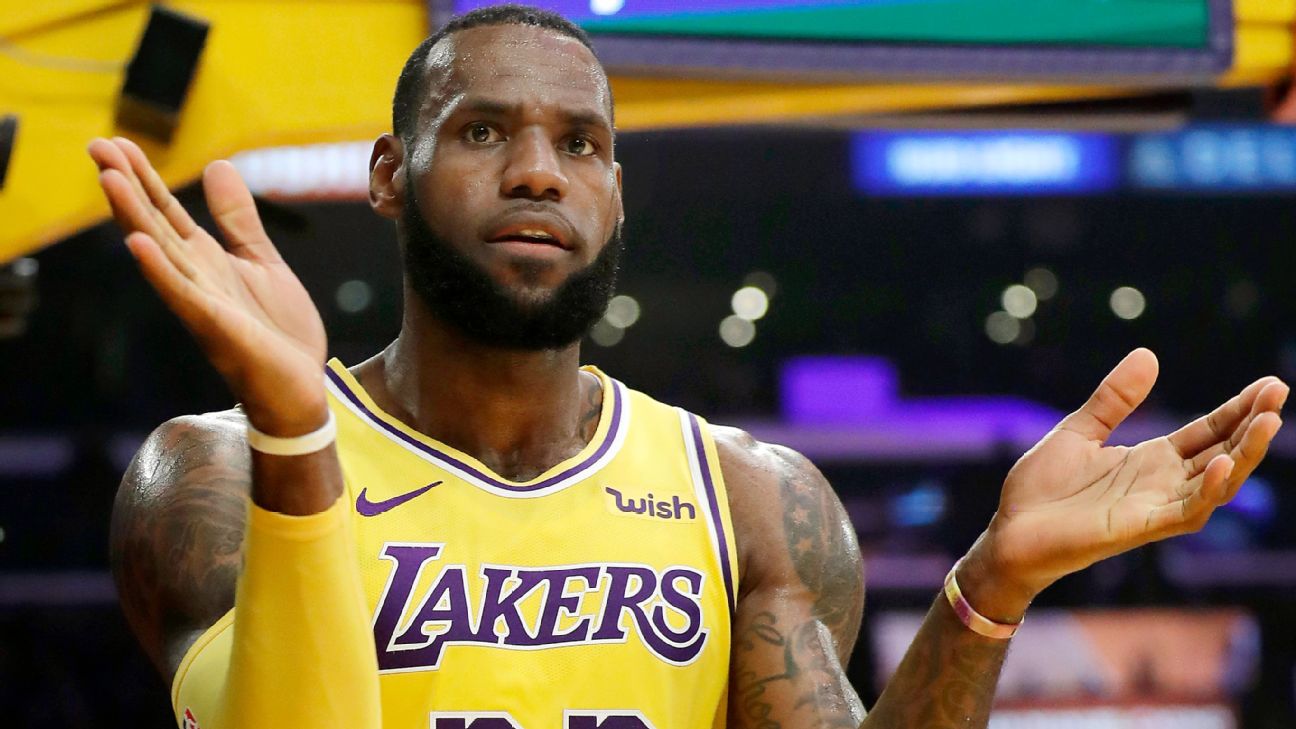 EL SEGUNDO, Calif. -- LeBron James made incremental progress Saturday, participating in contact drills for the first time since suffering a groin strain more than a month ago, but he has been ruled out of theLos Angeles Lakers'game against the Phoenix Suns on Sunday.

"He was a full participant in that, so it was good to see," Lakers coach Luke Walton said of James' involvement in full-contact defensive drills. "He looked good. He's still really good at basketball, in case you guys were wondering."

James' skills have only become more pronounced since he got hurt on Christmas Day, as the Lakers have gone 5-10 in his absence and have fallen to the No. 9 spot in the Western Conference.

James' initial timeline for recovery was three to six weeks, according to his agent, Rich Paul of Klutch Sports. While Paul has said James could play right now if it was the playoffs, he explained to ESPN that playing and dominating are two different standards.

While the Lakers look ahead to possibly missing James for another two weeks, the rest of their roster continues to struggle in part because of other injuries.

Point guard Lonzo Ball has missed the past two games after suffering a Grade 3 ankle sprain and is expected to be sidelined the next three to five weeks. Kyle Kuzma is 0-for-9 from 3-point range in his past two games after tweaking a hip against the Houston Rockets last weekend. And Josh Hart sat out of practice Saturday because of a knee, although Walton said Hart would play against the Suns.

He wouldn't necessarily say the same for Kuzma, however.

"I told him if he's moving like he was last game, I don't want him playing [Sunday]," Walton said of Kuzma, who also sat out Saturday. "So we'll see how he looks."

It should help L.A. that the Suns are 11-40 and riding a seven-game losing streak; however, the Lakers already have lost to the 9-41 Cleveland Cavaliers and the 10-37 New York Knicks on their home floor since James went out.

Ball, speaking to reporters for the first time since injuring his ankle a week ago, tried to find some positivity.

"It's been a tough year as far as injuries go, but we should be at full strength, hopefully, after All-Star [Weekend]," Ball said.

The Lakers have eight more games before the All-Star break, and six of them are on the road -- although one is a "road" game against the LA Clippers. Mixed in that stretch are tough opponents like Philadelphia (twice), Golden State and Boston.

The way Ball sees it, things could be worse. Just take a look at what happened when he went down in a heap after colliding with the Rockets'James Ennis III.

"I thought it was broke, so as soon as they told me it wasn't, that was a positive for me," Ball said of his left ankle. "So I'm trying to get back as soon as possible."

Ball said he "ditched" his crutches Friday and is now wearing a walking boot. Otherwise, his approach to his ankle injury consists of "just rehabbing as much as I can. Icing all the time, elevating all the time."

Ball also was asked if his recovery schedule is aligned with James' and answered with something that many Lakers fans are thinking.

"I'm not sure," he said. "Hopefully we get him back faster than me." 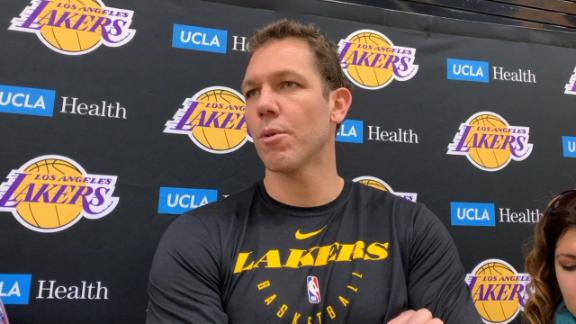