LeBron James, Kemba Walker and the most lopsided rivalry in sports 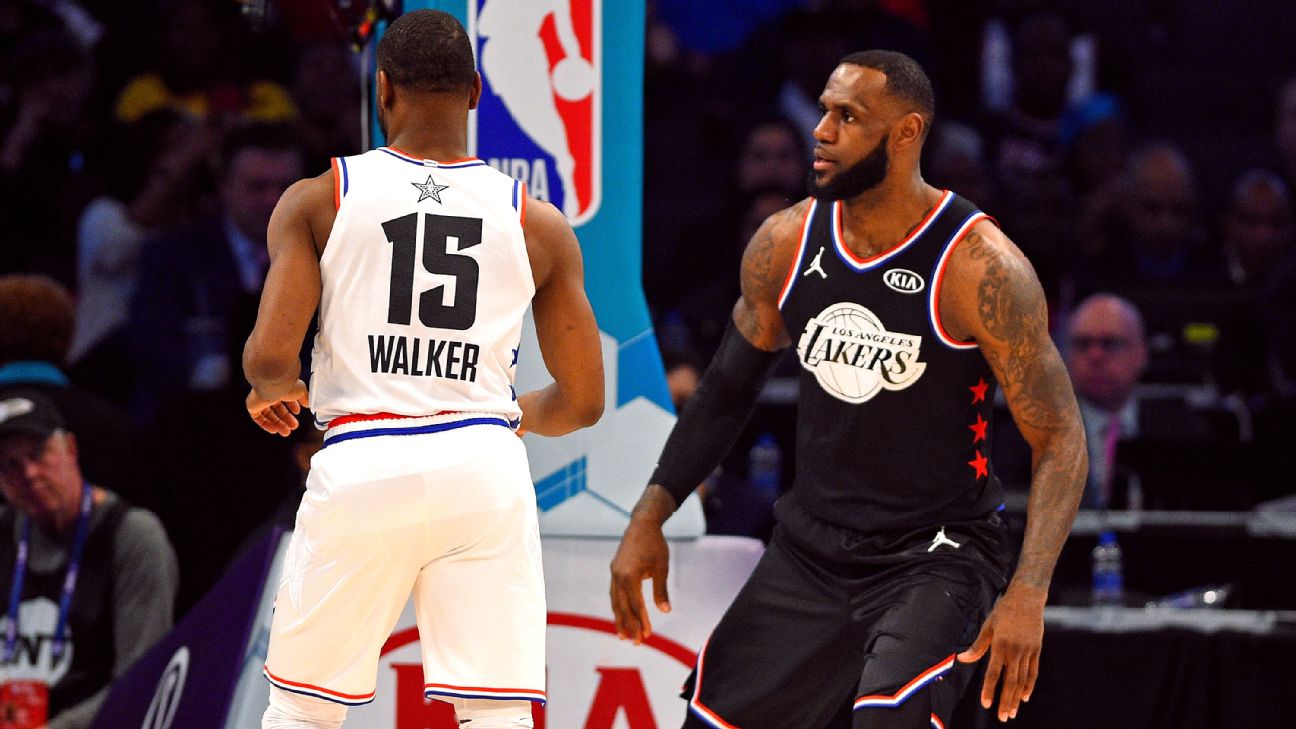 ESPN
By Tim Bontemps
BOSTON -- Kemba Walker has accomplished many things in the NBA: He's made three All-Star teams and an All-NBA team. He has won the league's sportsmanship award twice and made two trips to the playoffs. He's signed a max contract.

But there's one thing he hasn't done: Beat LeBron James.

"I don't know the exact numbers," Walker said recently, when asked about his record against James, "but I know I've never beat him."

Walker's 29th try to defeat James comes Monday when his Boston Celtics host the Los Angeles Lakers in the first of two regular-season matchups -- assuming that Walker returns after missing the Celtics' previous game on Saturday with left knee soreness.

In eight seasons with the Charlotte Bobcats/Hornets, Walker stepped onto the court against James 24 times in the regular season and four times in the 2014 NBA playoffs, and never left the court with a win.

"I know he still thinks about it a little bit," said Phoenix Suns centerFrank Kaminsky, Walker's teammate for four seasons with the Hornets, "and he wants to beat him."

The Hornets did have one win against James' Cleveland Cavalierswhen Kaminsky and Walker were teammates -- a 106-97 victory in Charlotte on Feb. 3, 2016. But Walker was sidelined by a sore left knee and replaced by Jeremy Lin, who scored 24 in the win.

"Everyone played solid in that one," said Kaminsky, who scored 15 points on 7-for-8 shooting as a rookie.

Walker and his teammates joked about his futility against James, but Kaminsky said there was an edge to the comedy: "With Kemba, when he jokes about those things, you can tell he's kind of upset about it," Kaminsky said. "That's just his personality.

"He will make jokes about it, but you know in the back of his mind [beating LeBron] is something he wants to do."

Several of James' career highlights came against Charlotte and Walker. In Miami, on March 3, 2014, James scored a career-high 61 points while wearing a protective mask in a 124-107 win for the Heat. Walker scored seven points with eight assists as Charlotte's starting point guard.

In Game 3 of the Heat's 2014 first-round playoff sweep of Charlotte, with Walker on the court, James appeared to stare down owner Michael Jordan during a breakaway dunk -- something James denied doing at the time.

One who believes James had Jordan in his sights is Celtics rookie Grant Williams, at the time a 15-year-old sophomore at Charlotte's Providence Day School.

"I do remember him tomahawking on the fast break, and then just staring deeply into Michael's soul," Williams said with a broad smile.

Williams, naturally, followed the Bobcats/Hornets while growing up in Charlotte: "We had MKG [Michael Kidd-Gilchrist], Cody [Zeller], Frank. ... I remember each of those draft picks."

And although his local heroes did make it as far as the first round of the playoffs twice with Walker at point guard, losing in that 2014 sweep and then again to the Heat in seven games in 2016 (while James was in Cleveland), they never were able to do anything against James.

"He just had our number," Williams said.

Walker's 28 straight losses to James are the second-most without a win for one player against another, according to ESPN Stats & Information. Walker, 29, stands two losses behind Sherman Douglas, another former Big East point guard (Walker went to UConn, Douglas Syracuse). In his 12-year NBA career, Douglas faced off against Jordan 30 times (27 in the regular season, and three in the playoffs) without winning.

Whether Walker catches Douglas or not, he holds the record for most losses without a win by one All-Star against another.

To be fair to Walker, he has never had the better team -- in a team sport. James, 35, played alongside Dwyane Wade and Chris Bosh in Miami before playing with Kyrie Irving and Kevin Love in Cleveland. But Monday's matchup in Boston gives Walker a better chance than usual, even if the Lakers are favored.

Walker is philosophical about his 0-28 record against James.

"What can I say? The guy was the best player to play in my league, in my generation," Walker said. "He's been the greatest player over the last, what, 15 years?

That doesn't mean it isn't on Walker's mind. Williams said that when he first met Walker after being drafted by the Celtics this past summer, the two were talking about their shared history in Charlotte. And, not far into the conversation, the topic shifted to LeBron.

"It was kind of funny," Williams said. "We were talking about me growing up there, and he practiced at my high school and stuff like that.

"I don't remember how the subject of LeBron came up and he said, 'I've never beat LeBron in my career.' 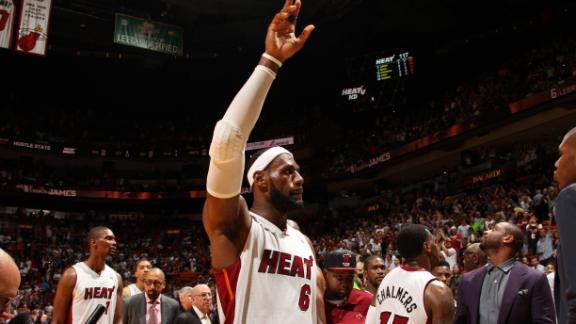 Flashback: LeBron records career-high 61 vs. Kemba, Bobcats
On March 3, 2014, LeBron James completely dominates the Bobcats tallying 61 points as a member of the Heat. 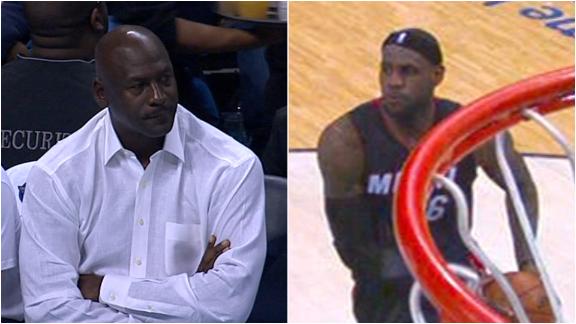 Flashback: LeBron stares down Jordan before slam
LeBron James looks over at Michael Jordan before rising up for a one-handed jam in the Heat's win over the Bobcats in Game 3 of the first round of the 2014 Eastern Conference playoffs.
Report a correction or typo
Related topics:
sportsespncharlotte hornetscleveland cavalierskemba walkerboston celticsmiami heatnbalos angeles lakerslebron james
Copyright © 2020 ESPN Internet Ventures. All rights reserved.
More Videos
From CNN Newsource affiliates
TOP STORIES