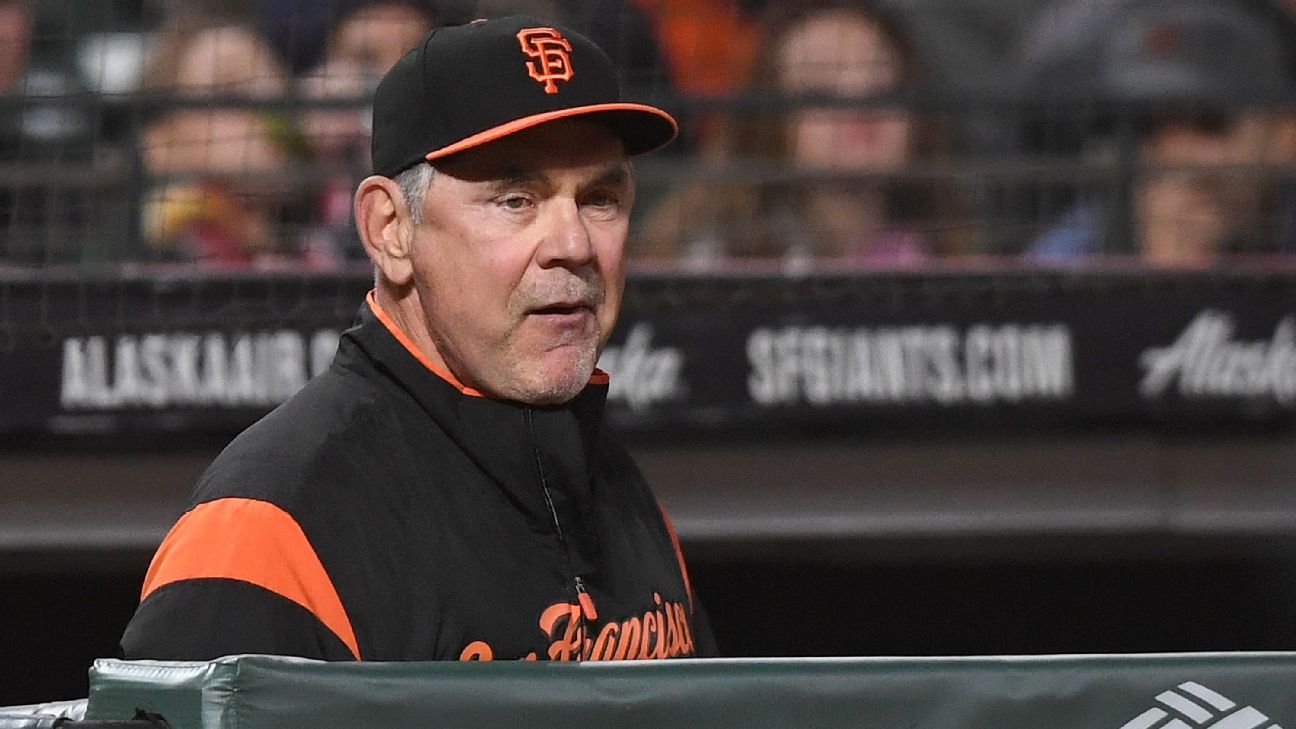 ESPN
The San Francisco Giants may be wrapping up a second straight disappointing season, but that hasn't diminished Bruce Bochy's passion for managing a team he has led to three World Series titles.

Bochy's contract runs through 2019 and he told the San Francisco Chronicle earlier this week that he wants to return next season. Giants CEO Larry Baer, however, told the Chronicle that no conversations have taken place regarding Bochy's status.

"The love of the game and the desire to get back to the postseason," Bochy, 63, told the Chronicle when asked why he wants to return. "I'd love to have another shot at winning the championship. That doesn't mean it happens like you want, but that's what I want. I'm still hungry for that."

Baer, though, wouldn't shed any insight into his thinking. In addition to Bochy, executives Brian Sabean and Bobby Evans also have contracts that expire after the '19 season.

"We evaluate the season when the season is over," Baer told the Chronicle.

Friday night's 2-0 win over the visiting Colorado Rockies snapped an 11-game losing streak, the team's longest skid since 1951. It was also the longest losing streak of Bochy's career, surpassing a nine-game streak while managing the San Diego Padres in 2003. Friday's win was also San Francisco's first of the month and lifted the Giants 69-79.

The Giants lost 98 games in 2017 and added outfielder Andrew McCutchen and third baseman Evan Longoria during the offseason, but injuries and an ineffective offense have plagued the team throughout this season. During the 11-game losing skid, the team hit just .193. Starting pitchers Madison Bumgarner, Johnny Cueto and Jeff Samardzija also missed significant time due to injuries.

Bochy told the Chronicle there's a fine line between winning and losing, while adding that the team has areas to fix to return to contention.

"Yeah, I want to get back to the postseason," Bochy said. "It's not my decision sometimes. But me, personally, that's what I love to do. I still enjoy this as much as I did my first year."
Report a correction or typo
Related topics:
sportsespnmlbbruce bochysan francisco giantslarry baer
Copyright © 2020 ESPN Internet Ventures. All rights reserved.
More Videos
From CNN Newsource affiliates
TOP STORIES