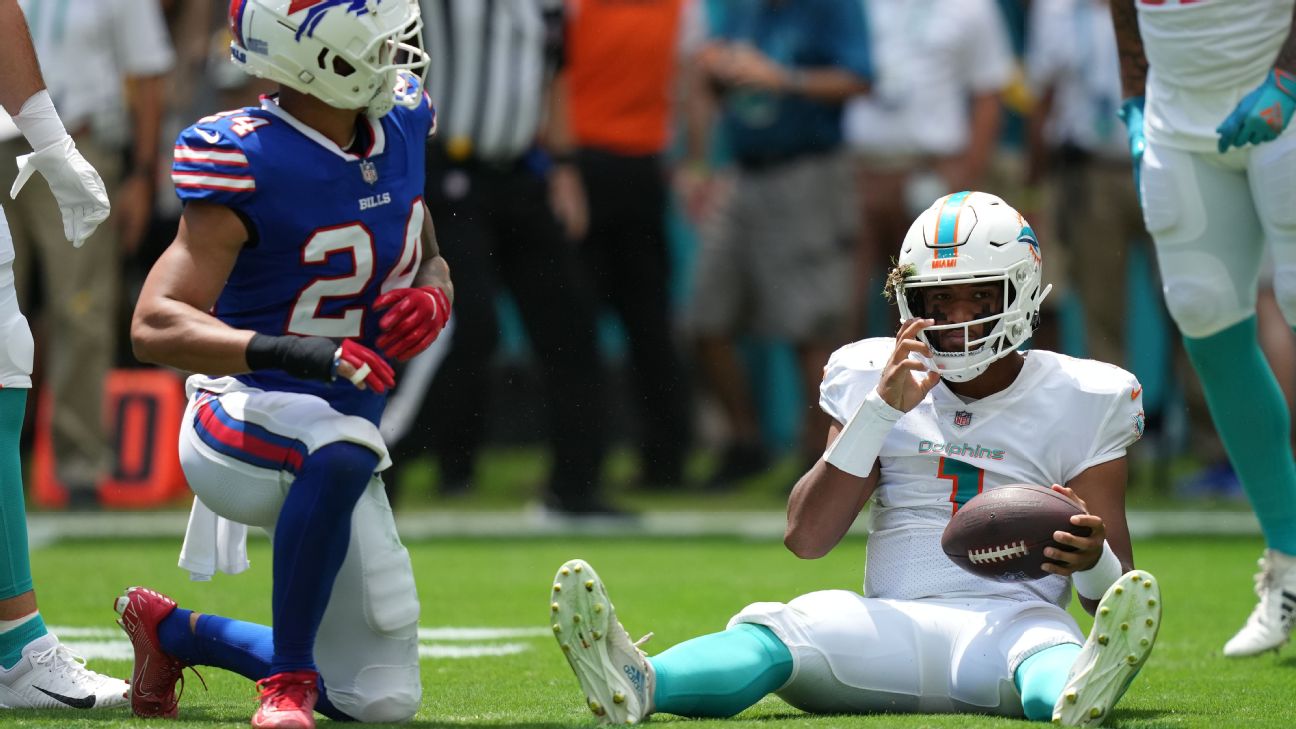 Jacoby Brissett will start against the Raiders, with practice squad quarterback Reid Sinnett backing him up.


"He's in good spirits. He's a tough kid," Flores said of Tagovailoa. "He's doing everything he can ... he's getting better. He wants to be out there with his teammates, but this is the right move for him from a health standpoint."

Flores called Tagovailoa "day-to-day and week-to-week" in terms of how long he will be out, stopping short of saying whether the first-round pick from 2020 will be placed on injured reserve.

Tagovailoa was actively trying to play this week, but Flores said the Dolphins have to "save him from himself" and hold him out of Week 3, leaving the door open for a possible return in Week 4 against the Indianapolis Colts depending on how he heals.

Tagovailoa was knocked out of Miami's loss to the Buffalo Bills in Week 2 after taking a hit from Bills defensive end AJ Epenesa. Flores said Tagovailoa tried to return to the game, but Miami deemed it unsafe for him to do so.

Brissett entered the game for Tagovailoa and finished with 169 passing yards and an interception in the 35-0 loss. Flores said Monday that Tagovailoa was still "in a good deal of pain" and would have additional tests -- which ultimately revealed fractured ribs.


Brissett said after Sunday's game that he doesn't refer to himself as a backup quarterback and considers himself a starter. Flores did not hear Brissett's comments but said that's the mentality all players should have, regardless of position.

"That's the message he should be getting, that's the message that we really give to everyone. It's good to hear that, and I think guys have confidence in Jacoby and his ability to lead the offense," Flores said. "But we have to prepare the right way and work throughout the week to put ourselves in position to execute."

Flores said he doesn't anticipate having to change the Dolphins' offense, other than players getting used to a right-handed quarterback after playing with Tagovailoa, who is left-handed. 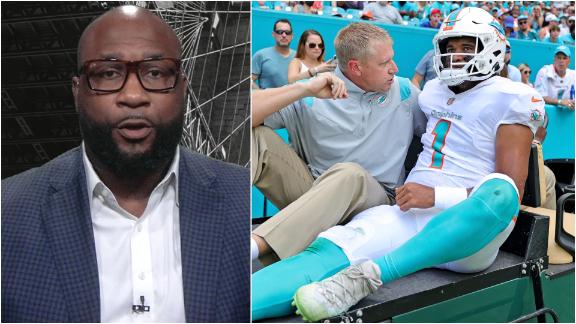