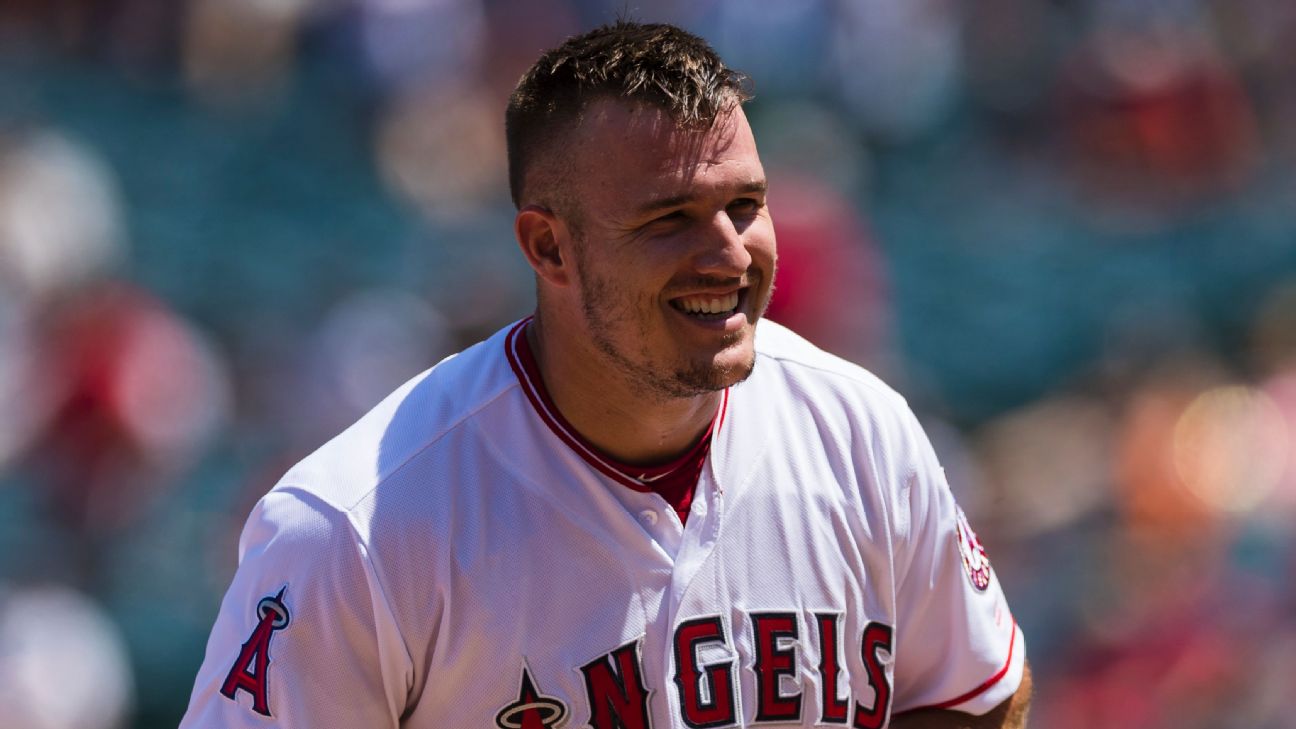 Mike Trout turns 27 years old on Tuesday, but will we see him mark the occasion by taking the field when the Los Angeles Angels host the Detroit Tigers? Trout has missed five straight games with a wrist injury, but he has never missed a game on his birthday since he was drafted in 2009.

Mike Trout has the sixth-highest WAR by any player to wear No. 27 and the second highest by any position player.

Of the top nine such players, four played for the Angels while wearing No. 27: Trout, Don Sutton, Vladimir Guerrero and Kevin Appier.

Trout isn't the only great active player wearing No. 27.Aaron Nola and Jose Altuve have each turned in 4.0-WAR seasons so far this year, with Trout at 7.8 WAR, Nola at 6.7 and Altuve at 4.3.

Through Aug. 4, 84 rookies have played this season in their age-27 season or older.

Through Aug. 4, Mike Trout has 61.9 career WAR with two months left this season. That is the sixth-highest WAR all time by a player through his age-26 season and second-highest among position players, behind only Ty Cobb. Pitchers with a higher WAR total through the same age were Walter Johnson (71.1), Kid Nichols (69.2), Amos Rusie (64.5) and Tommy Bond (61.9). Trout's mark also edged Mickey Mantle's career total through his age-26 season (61.4).

That WAR is already the 111th highest in MLB history for position players. That is ahead of 76 Hall of Fame position players, including Jackie Robinson (61.4 WAR) and Harmon Killebrew (60.4).

Trout was taken with the 25th pick overall in the 2009 draft, and he's already the best 25th pick ever, with his 61.9 WAR eclipsing Chuck Knoblauch's 44.8. Trout is also the best Angels first-round pick, with his career mark topping Frank Tanana's 57.6 and Troy Glaus' 38.0 tally, the previous best among Angels first-round selections.