NBA playoffs: The small-ball Houston Rockets and the quest for the elusive opening tip 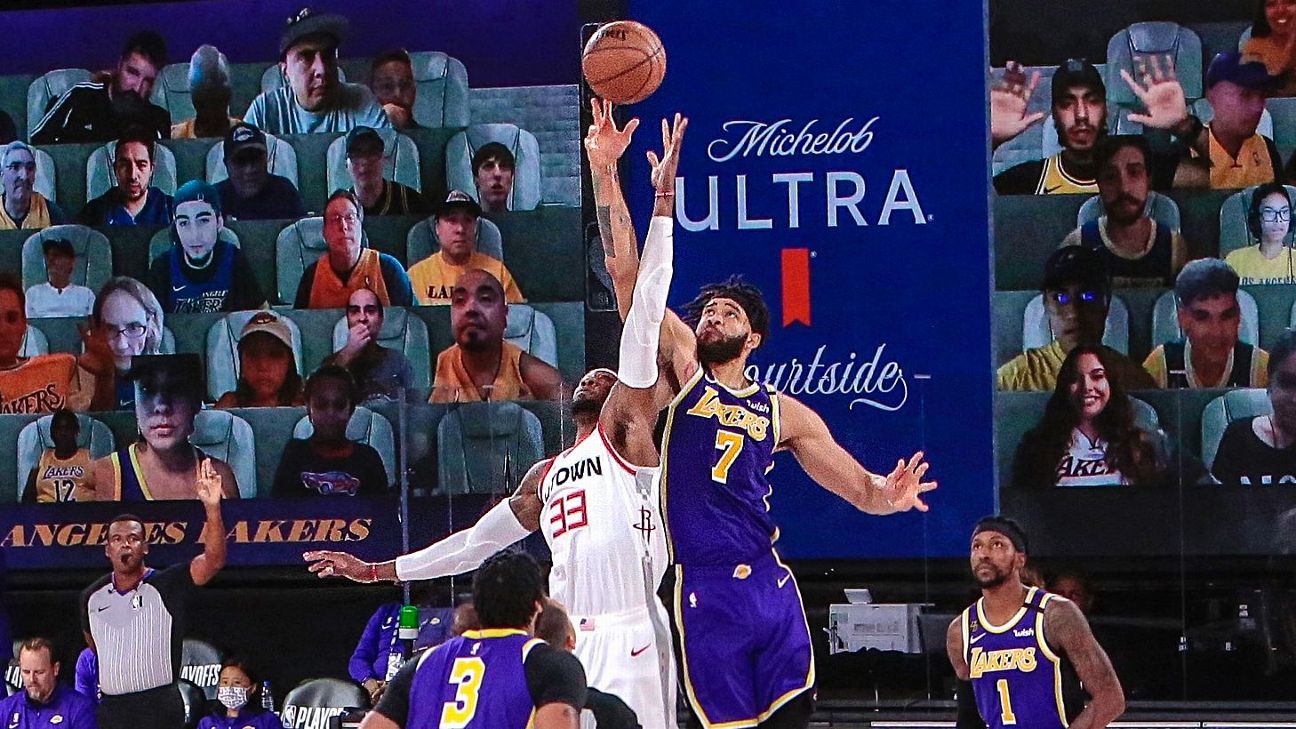 The Houston Rockets' superstar is 6-foot-5. Porzingis is one of the tallest and longest players in the league, listed at 7-foot-3.


Something didn't add up. This opening tip was lost before it even left Malloy's fingertips.

Harden has sneaky long arms -- he has a 6-foot-11 wingspan -- but it was never enough. Both Harden and Porzingis' hands hit the ball, but Porzingis got there first by virtue of pure verticality and tapped it back to J.J. Barea. Mavs' ball.

It was Jan. 31, the first game in which the Rockets tested out their small-ball experiment. Their starting center, 6-foot-11 Clint Capela, was out with a nagging heel issue, and instead of replacing him with another big man, coach Mike D'Antoni scaled down. A week later, the Rockets went all-in, trading Capela to the Atlanta Hawks.

The Rockets were now fully committed to small ball, unlocking their offense around guards Harden and Russell Westbrook, who had more space than ever to operate.

They also committed to consistently losing the opening tip.

For the Rockets, it's become more of a ceremony than an impactful part of the game. It's the first play, the first competition, and they are effectively forfeiting it.

"But I think analytically, it's two to two. It doesn't really matter."

Through nine games this postseason, Houston hasn't won an opening tip, and there's a good chance they won't get on the board at all against the likes of Los Angeles Lakers 7-foot center JaVale McGee in the Western Conference semifinals.

But the Rockets have embraced beginning each game with a defeat, locking them into a defensive mindset from the first play.

And if they ever do beat the odds at center court, it will be cause for celebration.

"We laugh about it because we never win 'em," D'Antoni said. "When we do win, the guy usually gets a standing ovation."

WHEN HE JUMPED the tip against the Mavs, Harden said it was the first time he could remember doing it at any level of his basketball career.

Since going small full-time, Harden and the Rockets are 5-29 on opening tips, with The Beard winning the center-court battle twice:


It's likely a correlation-over-causation kind of thing, but the Rockets went 1-4 in those games.

It's not always about the player standing at center court, though. A jump ball is almost as much of a team thing as an individual thing. It's about positioning, anticipation, reading angles and beating someone to the ball and wrestling it away.

That's probably why on the Rockets' five opening-tip wins, forwardP.J. Tucker is always the one who comes up with it.

"I told Tuck [to try it] one time, but he was just like ..." Covington said, shaking his head with a chuckle. "But we're not really focused on the jump ball. It would be good to get it some, but typically going against 7-footers, it's going to be hard. But I've got a couple. Throughout the game is where it matters."

Covington, who has taken every opening tip this postseason, has become the Rockets' designated jumper, with D'Antoni saying he pretty much left it up to the players to choose.

You won't need analytics to figure out why -- Covington is just the tallest guy out there.

AT THE START of the 2013-14 season, the Oklahoma City Thunder and then-head coach Scott Brooks became infatuated with winning opening tips -- mostly because they couldn't.

The Thunder started that season 3-12 on opening tips, so Brooks decided the team should practice them.

Brooks saw a strategic element, extra points hidden in the margins of every NBA game.

"I want the opportunity to hit a 3 to end the third [quarter] and get the ball [to start the fourth] and hit another 3 and have a 6-0 run right there," Brooks explained then.

Thunder staffer Mark Simpson even did a study on jump balls. Simpson, who now works for the Washington Wizards under Brooks, wasn't willing to discuss his "proprietary findings." Any possible advantage is the kind of thing every staffer is trying to locate and keep away from prying eyes.

The transition from third to fourth quarter is when possessions gain importance. If you can engineer a successful 2-for-1 to end the third and have possession to open the fourth, there's an opportunity for as much as a 9-0 run with the other team having only one possession.


Unbeknownst to them, this season's Thunder squad executed Brooks' old strategy to near perfection in Game 4 against Houston in the opening round: Nerlens Noel finished a layup, then Dennis Schroder hit a 3 at the buzzer. And then to open the fourth quarter, Schroder hit a driving layup.

The Rockets won the series anyway while going 0-for-7 on opening tips against Thunder center Steven Adams, a 7-footer who even studies referees' tossing techniques. Houston is tied 1-1 with the Lakers despite Covington going 0-for-2 against McGee.

It's been a tall order for Covington, but every time he takes his place in the center circle, he's jumping with the intent to win.

"Absolutely. I definitely have that anticipation," Covington said. "But guys have been doing that for so long they've got little tricks of the trade, and I've picked up on a few, but it's still not fair.

THE ROCKETS OFTEN take exception to the idea they're "small." Because they play big.

No player embodies that more than Westbrook. Take the Thunder's matchup against the Phoenix Suns on Dec. 14, 2014, when the 6-foot-3 Westbrook lined up against 7-foot-1 center Alex Len.

Westbrook won, and he has a reputation for out-jumping bigger players on jump balls and rebounds (even his own teammates sometimes).

So why isn't he on opening-tip duty? As with so many things with Westbrook, it has become a matter of routine.

"You know, I thought about it one time," he said, laughing. "I've just gotten so used to sitting back and getting ready for the first possession on defense."

That's part of the evolution of the Rockets' mindset. They rank third in defense in the postseason, allowing 103.6 points per 100 possessions. A point of emphasis for the Rockets is getting three stops in a row to start the game, and by ceding the opening tip they enter the game thinking about the first one.

"Set the tone early, win the first quarter, keep 'em under 25," D'Antoni said. "All these things we try to talk about."

The Rockets want to win the math, and with a roster including Harden, Tucker, Westbrook and Covington, who all play bigger than their listed heights, Houston can battle with the traditional trees of the NBA.

Size is supposed to matter on a basketball court, but the Rockets are unmoved. The floor is spaced to the extreme, and there are no defensive assignments with their switch-everything approach. They are known for scoring, but every player on the roster credits the defensive focus for their postseason success.

"We know for us to stay in games and have a chance to win games," Rockets guard Eric Gordon said, "defense is first."

Literally from the jump. 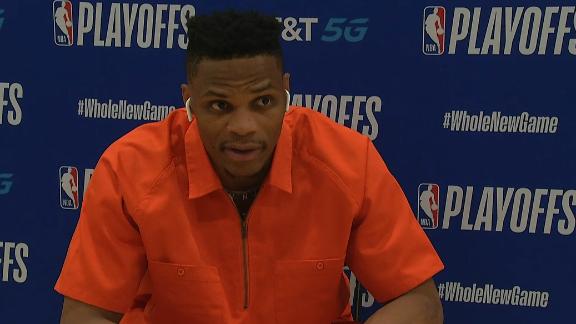