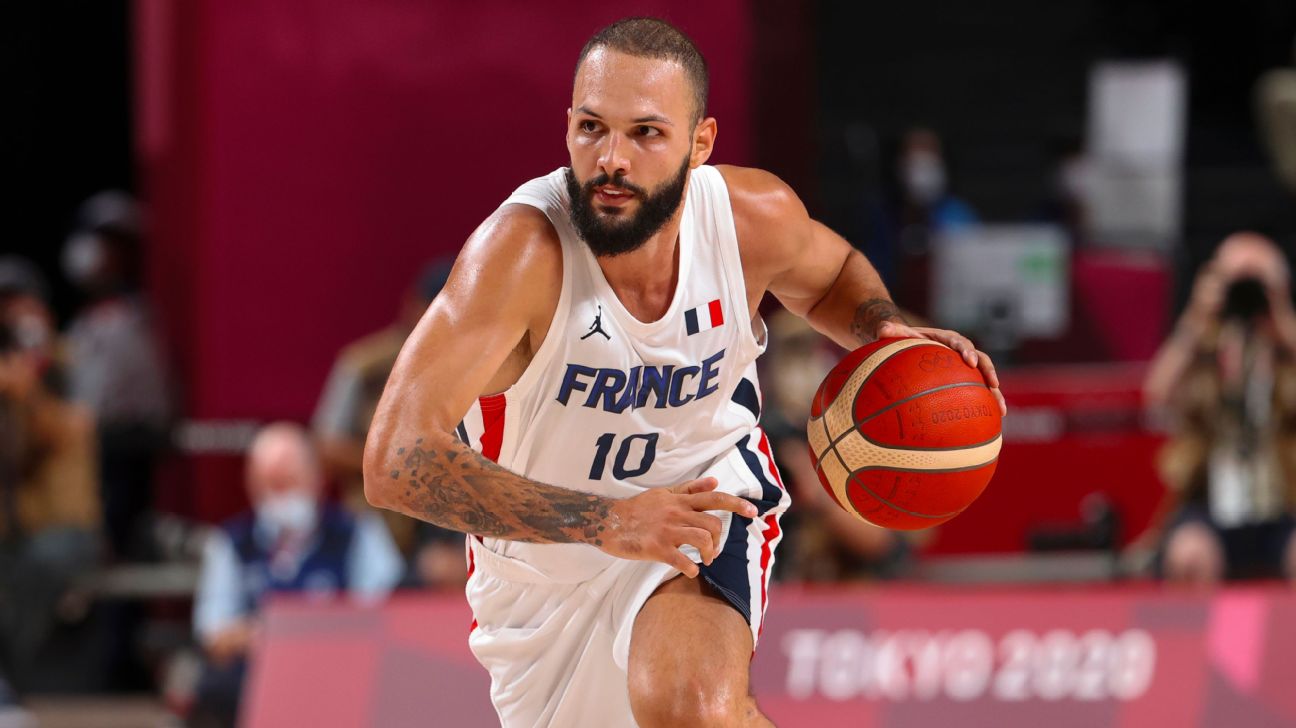 SAITAMA, Japan -- Evan Fournier and Nicolas Batum are going for gold, though they can't forget about the green.

Basketball and business are about to mix in a way players have never experienced. The quarterfinals of the Olympic men's tournament arrives on the same day free agency opens in the NBA.


While big-name stars such as Kawhi Leonard, Chris Paul and Kyle Lowry will be focusing on their futures, some players are trying to keep their eye on the present.

That includes Batum, who doesn't have a contract for next season but insists his only concern is his next game.

He said that's the elimination game that France will play against Italy. The French, captained by Batum, are one of the top seeds in the men's basketball quarterfinals at the Tokyo Games, with a victory over the U.S. the highlight of their 3-0 start.

Yet when the four quarterfinal games are being played in Japan, it will be Monday night and early Tuesday morning in the U.S. -- when players and teams can begin negotiating contracts.

France's Fournier, who finished last season with the Boston Celtics, is in position to earn the biggest deal he'll ever get. His stock has likely soared in Saitama, where he scored 28 points in the victory over the U.S.

Some players wait a lifetime for the opportunity to cash in the way he's about to. France has also waited a lifetime to win an Olympic gold medal.

Fournier has to juggle all that at once.

"It's so unfortunate that I'm going to have to give an answer on the day of the quarterfinal," he said. "Hopefully, teams are going to be nice and they can understand that I don't want to rush anything and at least I can wait until after the game.''


Free agency in the NBA normally opens on June 30, and contracts can be signed in early July, getting it out of the way -- at least for the top players -- before national team games.

The coronavirus pandemic that pushed back the start of the season forced the offseason to begin just before the opening ceremonies of the Olympics.

It was Friday morning in Japan when the NBA draft was being held. U.S. coach Gregg Popovich of San Antonio and assistant Steve Kerr of Golden State spent part of their off days on their phones with their teams.

U.S. forward Draymond Green was up with the sun to tell Golden State general manager Bob Myers that he wanted the Warriors to use their No. 7 and 14 picks on Jonathan Kuminga and Moses Moody.

The Australians also were up early. They are a close-knit group and wanted to celebrate the success of Josh Giddey,an 18-year-old taken with the No. 6 pick by the Oklahoma City Thunder. Giddey had been in camp with Australia before the Games.

But for Australia's Joe Ingles, that high was followed by the low of his Utah Jazz trading teammate Derrick Favors.

"It's like a family away from your family, so I've got a great relationship with Fav and know his kids and he knows my kids and stuff like that,'' Ingles said. "So it's more than just being a teammate, he's a really good friend. So it obviously sucks to see a close friend getting traded, but I also think on the flip side of that we understand the business of this.''

Ricky Rubio was reminded of it again, with the Minnesota Timberwolves agreeing to a still not-yet-finalized trade of the point guard to Cleveland while he's playing for Spain.

Usually it would be separate from basketball. Many players would never even consider playing in the Olympics before free agency was settled, knowing an injury could jeopardize their chance at a life-changing deal.


But Patty Mills is playing for Australia, unconcerned with his NBA future while trying to lead his country to its first Olympic men's basketball medal.

"This is a lifetime of work in a matter of a couple of weeks," the Spurs guard said. "I'm making sure there are no distractions for me or my teammates.''

Same with Batum, whom LA Clippers president Lawrence Frank said the team hopes to re-sign. The forward said that is being left to his agent.

"I have to make sure my team, myself get ready for the next game because that's a big game and the rest will take of itself,'' said Batum.

He already got his big deal, signing a $120 million contract five years ago in Charlotte.

Now it could be Fournier's turn for the big bucks, more than $10 million per season. Some players would already be counting the cash.

He's in it right now for the gold.

"It's easy not even thinking about it because, I mean, I have a quarterfinal at the Olympics,'' Fournier said. "It's huge. It's a big moment in my career. I'm going to take the opportunity and make the most of it.'' 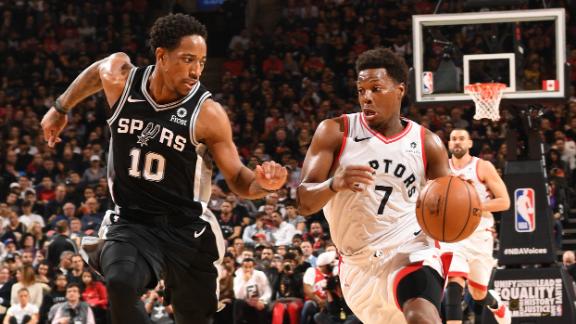