'Only in spring training' stories: Driving to the wrong park, practicing in khakis and more 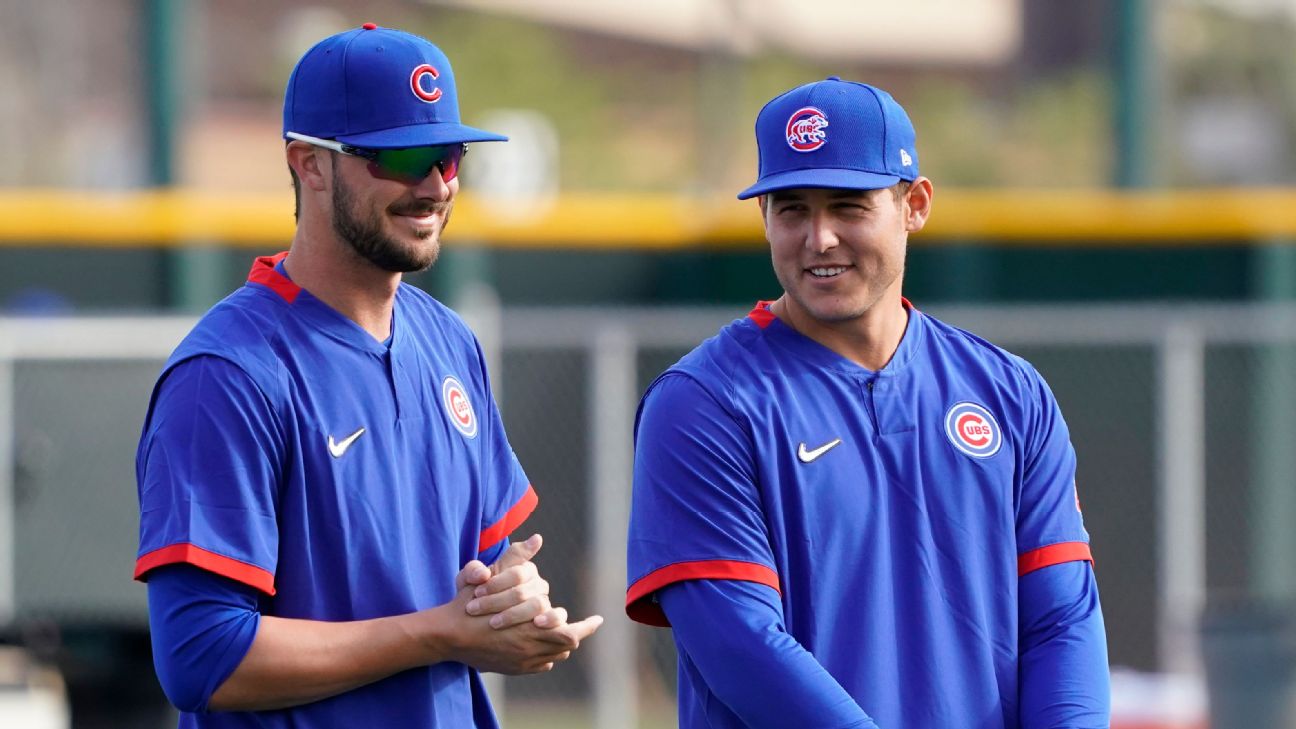 MESA, Ariz. -- What's different about spring training for players compared to the regular season? How about everything.

It starts with being in the same place for six weeks, getting up daily before dawn and then playing half of a game before heading to the pool or golf course. None of that happens once the games mean something beginning later this month.

"You don't have to act as serious," Chicago Cubs third baseman Kris Bryant summed up. "Of course we're preparing for the season and we care about that, but you can have more fun because it doesn't matter. Like towing people's cars because they're not supposed to be parked in certain spaces or putting them on blocks. If we did that during the season, people would be like, 'What is this team doing? They're a joke.'"

In that vein -- and in advance of Monday's "all-access" game on ESPN -- we asked some Cubs and Los Angeles Angels for stories unique to spring training. In other words, what can happen only in spring?

Mike Trout, Angels CF: "Driving to the wrong ballpark is a good one. Every time we get into a car, you double-check that address to get to the park. It's not a good feeling when you go to a different ballpark, especially when it's further away than you expected. I've done it, but I caught myself in time. Like when the Cubs moved to their new complex a few years ago."

Anthony Rizzo, Cubs 1B: "When we played in Las Vegas. I hit a leadoff home run to start the game. I told Joe Maddon, 'If I hit a homer, I'm coming out of the game.' I hit a homer and came out. You can only do that in spring. No, I didn't go to the Strip."

Tommy La Stella, former Cub, now the Angels' 2B: "Certain pranks, like when I parked in [Cubs GM] Jed Hoyer's spot, and he took my uniform and replaced it with khakis. I had to practice in them. So next time, I had a bounce house for kids set up in his and Theo Epstein's parking spot. Only in spring."

Jason Heyward, Cubs RF:"My first spring training in Arizona [2016]. A swarm of bees while I'm out in center field. I noticed them coming from right field. But you can't really tell what they are because I really wasn't thinking of bees at the time. Now I'll never not think of bees when I see a swarm of anything. I see the right fielder moving out of the way. We're in the middle of the at-bat, but it's two outs, two strikes, I'm like, 'OK, we'll finish the inning.' Then foul ball, foul ball. Then I started getting stung. So then I ran back and jumped up on the wall thinking I'm going to be good, but then they make a turn and follow me. Then they went toward our bullpen, and it settled down. That's my random and crazy spring training story. Now I know for now on: Hit the deck."

David Fletcher, Angels INF/OF: "Last year, we were playing at the Cubs and I forgot my jersey. We were on the bus, and I realized I had my batting practice top on. I told our clubby, and he said they had brought three extra jerseys in the bag in case someone forgot. They always do. And so they're about to tell the media that I'm wearing a different number, but when I go to get an extra jersey, it's mine. They picked three extra jerseys and one was mine. I was very lucky. Only in spring."

Javier Baez, Cubs SS: "My first spring, I was following Alfonso Soriano's routine and hanging out with him, and Matt Garza thought I was big-leaguing everyone. So they got my car and put a big sticker and stuff on it. It said, 'Rookie on board.' I had to ride my car like that for a week. It was fun, to be honest."

Andrelton Simmons, Angels SS: "You start driving, and as you're getting closer you notice your team is not playing in that stadium. You might have misheard something or saw the schedule wrong. You drive confidently, then realize it's wrong. One time, I was getting close and saw a bunch of Giants fans wearing jerseys, and I thought, 'We're not playing the Giants.' So I double-checked and turned around. Yeah, that can only happen in spring training."

Bryant: "Everyone is bringing their kids through the clubhouse, because it's not as serious and we always have a bunch of stuff to sign during the spring. So one of Jon Lester's kids ends up signing a 'W' flag. I mean, it was supposed to be just the team and they ended up selling it later at an auction. They have him on video signing it. That was so funny."

Trout: "I golf a lot. There's been a few times where I get two, three at-bats and end up watching the end of the game on my phone on the golf course. You can only do that in spring training. I had a hole-in-one two years ago in spring, but that was on an off day."

Baez: "Being in Arizona is different. It's a whole separate world. That's why I love being here. Spring is great." 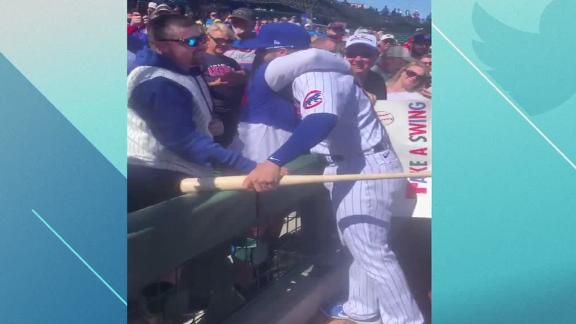 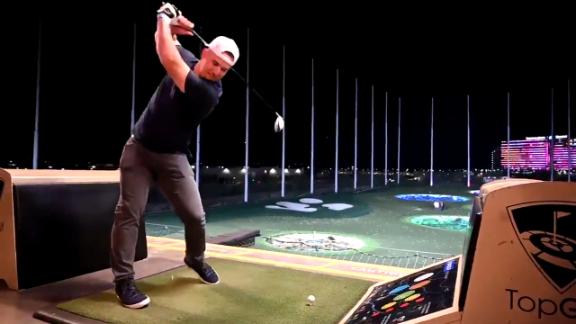