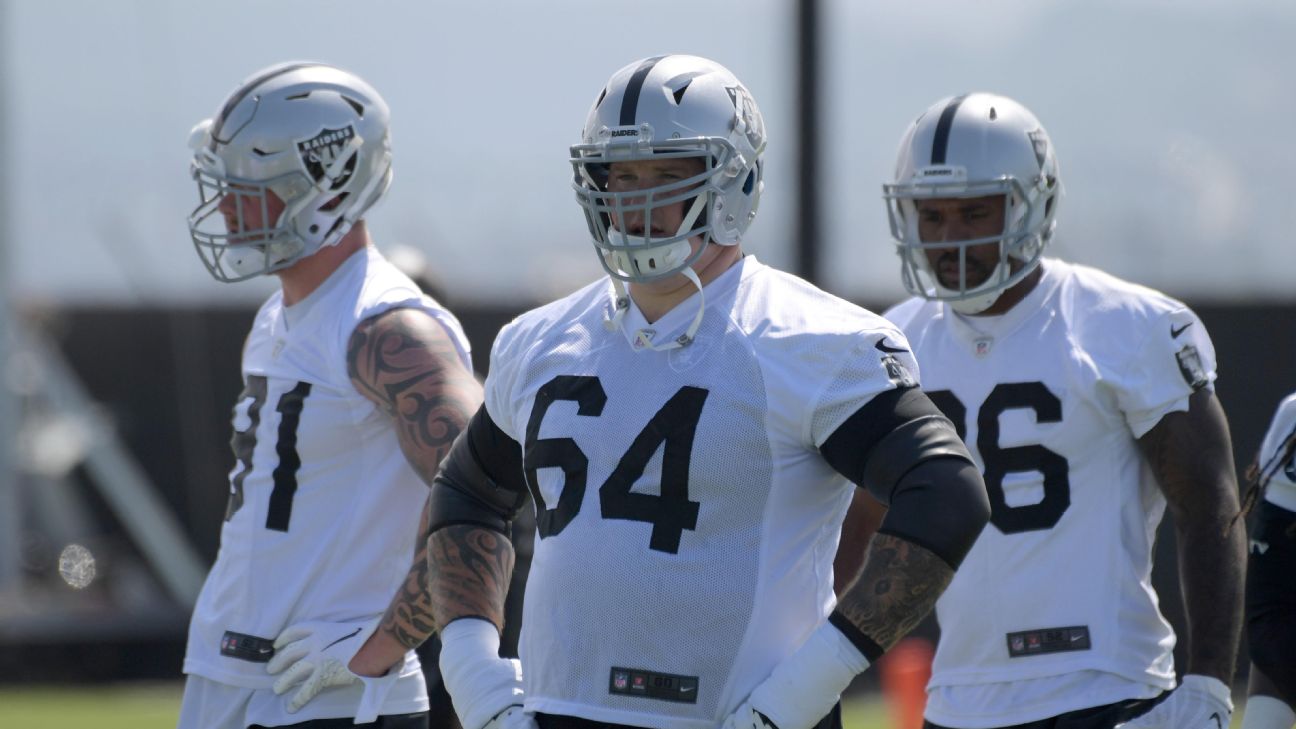 The discipline was not unexpected, given Incognito's spate of off-the-field issues before the Raiders signed him to a one-year, "prove it" deal on May 28.

"We're all going to take ownership with Richie," Raiders general manager Mike Mayock said at the time, adding that the team's infrastructure included a "clinician" to work with Incognito.

The expectation, Mayock said, was for Incognito "not only to be a good football player but to be a really good human being.

"At the end of the day, you can't have all boy scouts. And what you do is you have to do your homework on each individual case."

Incognito pleaded guilty in April to two misdemeanors after an incident involving his 90-year-old grandmother. According to court documents obtained by ESPN, Incognito agreed to plead guilty to charges of criminal damage and disorderly conduct -- both Class 1 misdemeanors in Arizona -- after he punched a fist-sized hole in a wall in the living room and ripped a security system's control box off the wall during an argument with his grandmother at her house on Aug. 19, 2018, in Peoria, Arizona.

The police report described Incognito as "enraged" and said he blamed his grandmother for the death of his father, which he had announced on Twitter the day before. A domestic violence charge was removed when a plea agreement was reached on April 1.

Incognito was ordered to take 10 weekly anger-management sessions and pay a $569 fine. He was given one year of unsupervised probation, per terms of the agreement. He was also ordered to stay away from his grandmother's home, stay on his medication, avoid alcohol, not possess firearms and write a letter of apology.

He also pleaded guilty in April in Scottsdale, Arizona, to a misdemeanor disorderly conduct charge. Two days after the fight with his grandmother, Incognito was arrested in Scottsdale after making threats at a funeral home where his father's body was being held.

The 36-year-old lineman has played for the Rams, Billsand Dolphins. Incognito was at the center of a 2013 investigation into the bullying of Miami teammate Jonathan Martin, which led to a suspension for Incognito, who did not play football during the 2014 season. He has not played in the NFL since 2017 for Buffalo.

"Whenever he's been focused on activities solely on the field, he's been fine. ... We think he's going to be a good football player and allow himself to compete for the left guard job," Mayock said in May. "And just as important, he's got to prove it off the field. We're going to provide the infrastructure for him. At the end of the day, it's a two-way street. We've got to help him help himself."

Incognito, who was competing with Denzelle Good for the left guard job, is eligible to participate in all offseason and preseason practices and games and is eligible to return to the Raiders' active roster on Sept. 16. The Raiders open the season against the Denver Broncos on Sept. 9 in Oakland before playing host to the Kansas City Chiefs on Sept. 15.
Report a correction or typo
Related topics:
sportsespnrichie incognitonfloakland raiders
Copyright © 2020 ESPN Internet Ventures. All rights reserved.
More Videos
From CNN Newsource affiliates
TOP STORIES