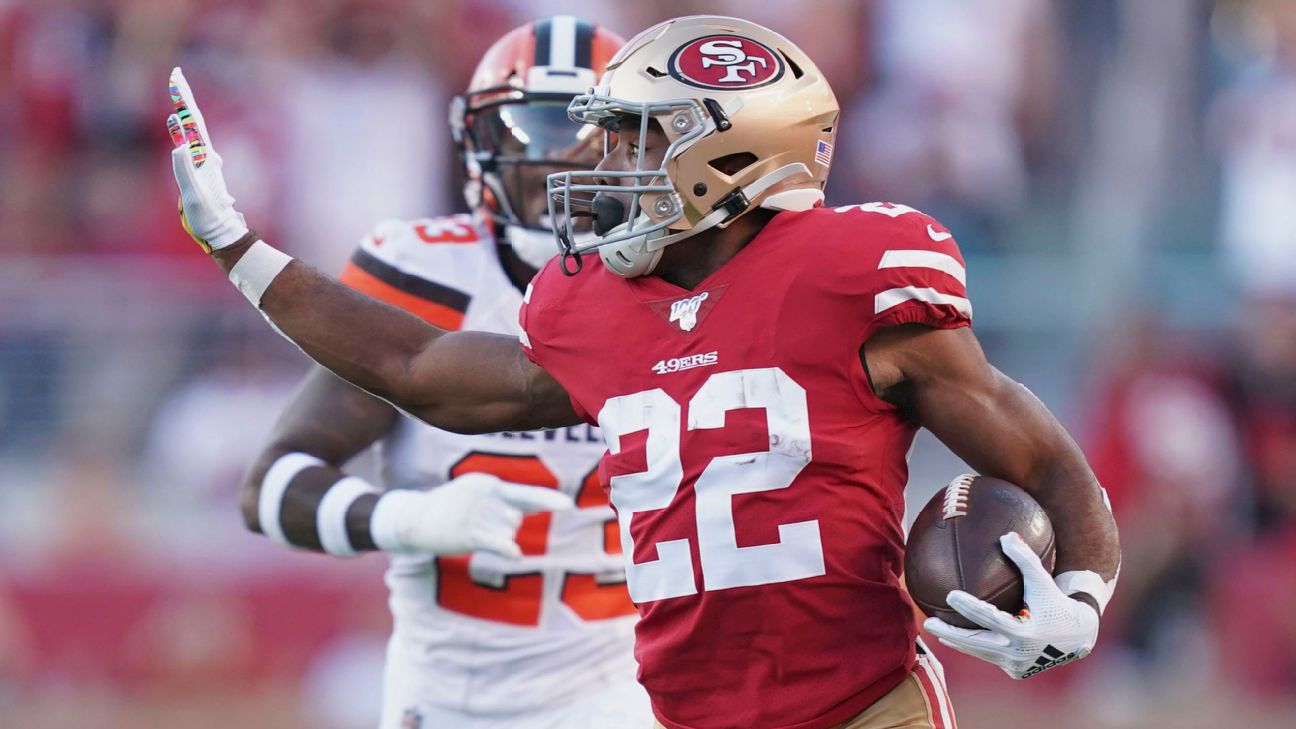 Breida had been available for trade for a while as the Niners looked to clear a logjam that also included backs Raheem Mostert, Tevin Coleman, Jerick McKinnon and Jeff Wilson Jr.Once McKinnon agreed to a reworked deal that significantly lowered his salary-cap number for 2020 in March, it made Breida the most likely 49ers running back headed out the door.

Dolphins coach Brian Flores said the trade to acquire Breida was an example of thinking outside the box to land a running back. He said it was an exciting phone call to welcome Breida to the Dolphins on Saturday afternoon.

"This is a very explosive, young running back. Good vision. Can create a lot of big plays. He's also tough. He's also smart. He's also has a lot of the qualities that we look for in our players," Flores said.

As a restricted free agent, Breida was tendered at the second-round level, allowing the Niners matching rights on a potential contract offer from the outside and requiring a second-round pick in exchange had Breida signed an offer sheet elsewhere.

But no offer sheets came, and Breida signed his one-year, $3.259 million tender with the team earlier this month. Breida's departure will save the Niners all of that money against this year's salary cap, offering a little more flexibility to work with newly acquired left tackle Trent Williams and sign their draft class.

A nagging ankle injury prevented Breida from firmly establishing himself as a reliable option, and Breida drifted down San Francisco's depth chart toward the end of last season as Mostert and Coleman emerged as primary options.

In Miami, Breida will be expected to play a prominent role alongside Jordan Howard. The Dolphins finished last in the NFL in rushing yards in 2019 (72.3 per game) with quarterback Ryan Fitzpatrick leading the team in rushing yards (243).

The speedy Breida reached 22.3 mph on an 83-yard touchdown against the Cleveland Browns in Week 5, making him the fastest ball carrier in the league last season, including the playoffs. That should allow him to complement the powerful Howard, who signed a two-year, $10 million deal in March.

This also will be a sort of homecoming for Breida, who grew up in the Tampa area, about four hours from Miami.

In making the trade for pick No. 153, the Niners avoided a little bit of history. They had not been scheduled to pick again until No. 210 after trading their fifth-round pick for Williams. Had they gone 184 picks between selections, it would have been the longest wait between picks in the same draft in history.

Instead, the Niners went 127 picks between selections, their largest gap since 1985 (139) and the largest by any team since the 2011 New Orleans Saints (137), according to ESPN Stats & Information. 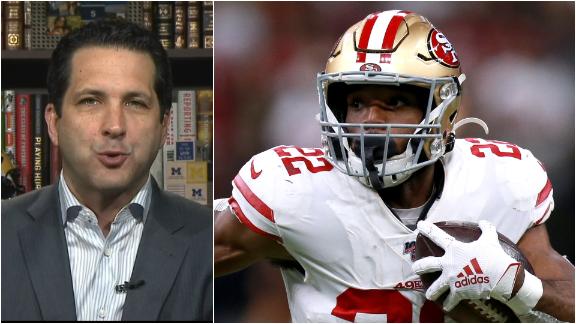