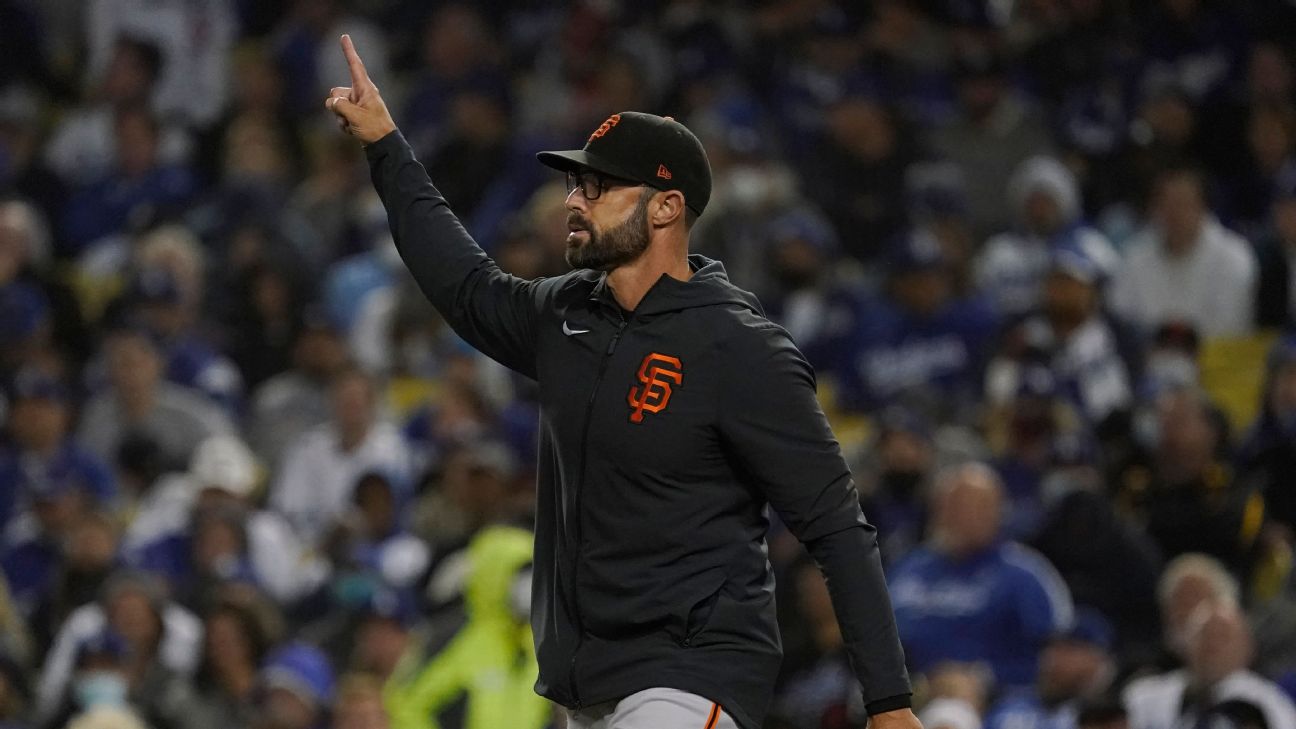 SAN FRANCISCO -- Giants manager Gabe Kapler has been rewarded with a new contract after a record-setting season during which San Francisco won a franchise-best 107 games and the NL West.

The extension announced Friday runs through the 2024 season. The 46-year-old Kapler has just completed his second season as manager.


San Francisco edged the rival Dodgers on the final day of the regular season by one game before 106-win Los Angeles, which had won the previous eight division titles, eliminated the Giants in a thrilling five-game NL Division Series.

"Gabe has done an extraordinary job in his role as field manager over the past two seasons, is a key contributor to our front office, and the Giants organization takes great pride in his active engagement with the community," president of baseball operations Farhan Zaidi said in a statement. "Coming off a season in which his work and leadership were instrumental to our success, it was a high priority for us to provide a level of stability and certainty to our continued partnership. We're thrilled about today's announcement."

Kapler replaced Bruce Bochy when Bochy retired following the 2019 campaign and immediately began doing things his way -- bringing in a large coaching staff to support him. San Francisco went 29-31 during the coronavirus-shortened 2020 season.


Then the Giants surprised everybody this season by going 107-55 and winning the club's first division crown since 2012 in a year when the Dodgers and San Diego Padres were the heavy favorites.

"I'm honored to work for the San Francisco Giants and I'm grateful for the opportunity to continue to build on the work of the last two years," Kapler said. "There is nowhere I'd rather be, and I am excited to continue preparing with the entire organization."
Report a correction or typo
Related topics:
sportsespnnewsextensionmlbgabe kaplercontractsan francisco giants
Copyright © 2022 ESPN Internet Ventures. All rights reserved.
TOP STORIES
Loved ones grieve for Missy Hernandez at Fresno vigil
Tax filing season starts Monday. What to expect for 2022
Fresno's famous 'dancing teacher' appears on Ellen Show
5 tax changes that can boost your refund this year
Man hospitalized after shooting in northwest Fresno
Suspect opens fire at birthday party full of teenagers in Clovis
Fauci optimistic omicron will peak in February
Show More
Rescuers use sausage dangling from drone to lure runaway dog to safety
Arnold Schwarzenegger involved in multi-vehicle crash
Deputies investigating armed robbery at Tulare Co. convenience store
President Biden appoints Fresno leader to head USDA post
How a 73-year-old grandmother outwitted a scam artist
More TOP STORIES News