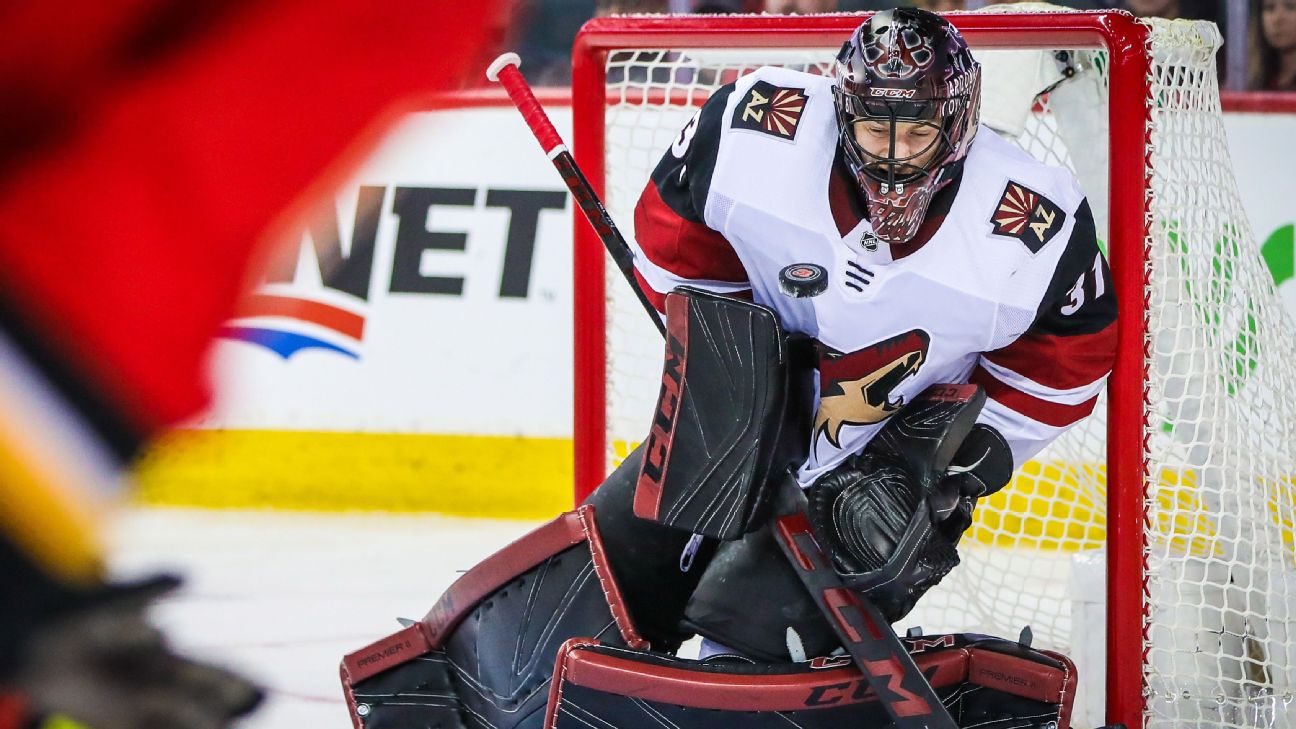 The Coyotes sent Hill and a 2022 seventh-round pick to the Sharks for 23-year-old goalie Josef Korenar and a 2022 second-rounder. It was completed before and announced after the trade freeze, which started Saturday.

The Coyotes traded Hill because they could not protect the 25-year-old and starter Darcy Kuemper from the Kraken.

Hill is a restricted free agent with 49 games of NHL experience.


"Adin is an extremely competitive and athletic goaltender and he has played a significant amount of professional hockey games despite being only 25 years old," Sharks general manager Doug Wilson said. "We have been impressed with the trajectory of his play, particularly his ability to make saves in high-danger scoring opportunities. We look forward to having him in San Jose and being part of our goaltending unit."