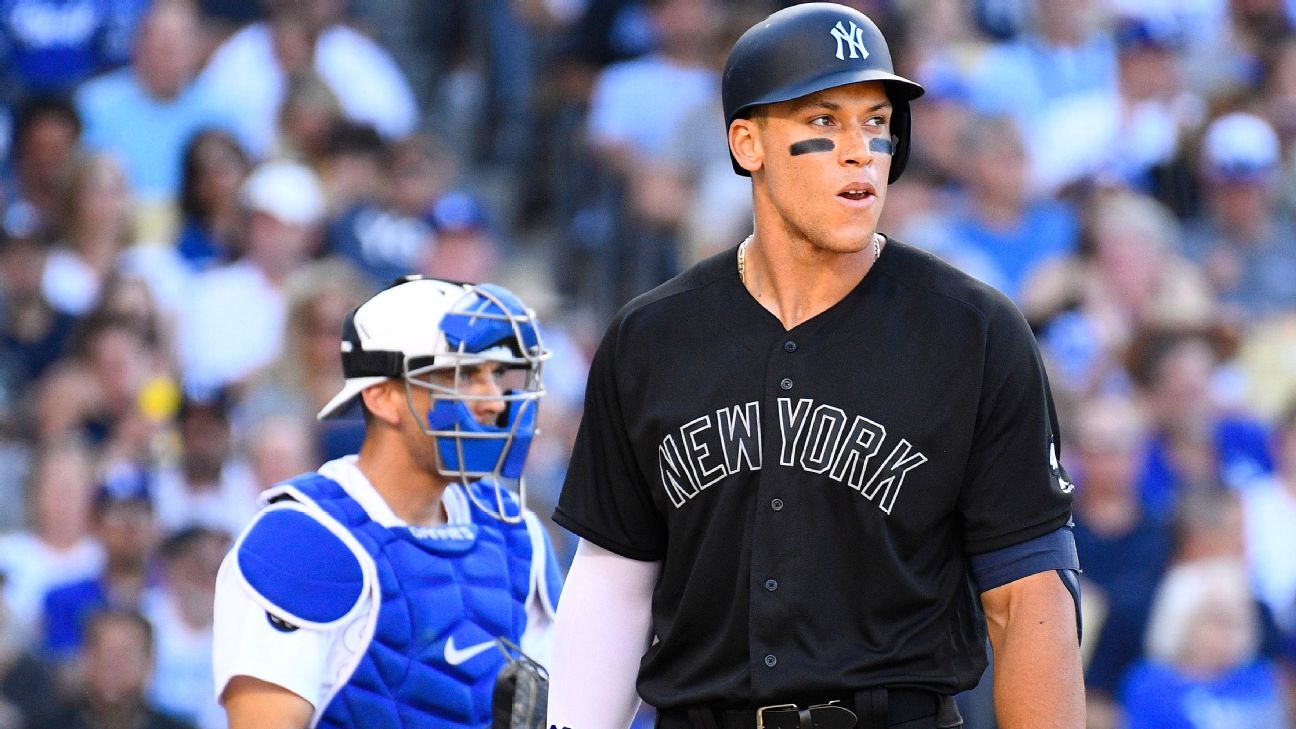 LOS ANGELES -- They tried to downplay it, in the days leading up and the nights in between, but after it was over and the New York Yankees and Los Angeles Dodgers had completed a three-game series that was among the most anticipated of the season, there was an acknowledgement of heightened zest.

"It was absolutely exciting," Dodgers infielder Max Muncy said. "It's hard not to let it creep into your head that this could be a preview of something in the fall."

A World Series matchup that provided Don Larsen's perfect game, Reggie Jackson's home run barrage and Sandy Amoros' lunging catch could very well take place again in late October. Before that, the Dodgers and Yankees staged a weekend series in what has otherwise been a sluggish August, with both teams possessing major divisional leads and donning hideous black and white uniforms.

The Yankees took two of three, becoming the first team to limit the Dodgers to five runs in a series this season.

Below are seven takeaways:

Yankees feast off lefties -- and that's a problem for the Dodgers

The Yankees have several potent right-handed hitters in their lineup, so it should be no surprise that they possess an .866 OPS against lefty starters this season (third-highest in the majors, behind that of the Minnesota Twins and the Houston Astros). The crazy part is they're doing it all without Giancarlo Stanton, one of the league's most menacing right-handed sluggers. The scary part for the Dodgers is that their two best starters, Hyun-Jin Ryu and Clayton Kershaw, throw left-handed. So does Rich Hill, who is expected to rejoin the rotation in October.

"Bronx Bombers -- I don't know what else to say," Judge said when told that his team set a record with 61 home runs in the month of August. "We've got a great lineup. I've never been on a team before that, 1 through 9, they can hurt you -- or even the guys off the bench."

Judge is feeling it again

Judge was so in his bag this weekend that he promised a fan a home run and delivered. He hit three of them in the series, one in each game -- one to left, one to center and one to right. The Yankees' prodigious slugger has amassed four home runs in his past six games, giving him 99 for his career. After a slow start to August, Judge has accumulated 12 hits in his past 33 at-bats.

"I'm glad to see him getting results, but I knew that was a matter of time," Boone said. "You're not going to hold greatness down too long, and he's certainly a guy that the bigger the stage, he enjoys that. You can tell he loved being a part of these games."

Bullpens would play a major factor

The Yankees have hit the second-most home runs in the sport, and the Dodgers, with a pitcher often occupying a spot in their lineup, rank third. Both teams can mash. It's no secret. But both lineups are also good at working deep counts and getting opposing starting pitchers out of the game relatively quickly. That means the bullpens would play a major factor in a potential World Series meeting. The Yankees probably have the advantage there.

The Dodgers' bullpen actually sports a slightly better ERA, WHIP and strikeout-to-walk ratio, but those numbers are deceiving. Yankees relievers have had to pick up more than 100 additional innings because the starting rotation has been so ineffective, which means more innings soaked up by subpar relievers. New York's top-end combination of Aroldis Chapman, Adam Ottavino, Zack Britton, Tommy Kahnle and, potentially, Dellin Betances should be feared.

Jansen sat in the Dodgers' dugout on Thursday afternoon and talked about how much he was looking forward to the upcoming series against the Yankees. The stakes wouldn't match those of October, but the energy could mimic it. He believed he might benefit from the extra dose of adrenaline. In the middle game, with the Dodgers leading by a run in the ninth, the Yankees loaded the bases with one out on three well-placed grounders, but Jansen wiggled out of trouble with back-to-back strikeouts. One of his cutters was thrown 96 mph, a mark Jansen hadn't reached since the middle of April.

"Just another save," said Jansen, who holds a career-high 3.62 ERA and six blown saves while having to sequence his pitches for basically the first time in his career. "The biggest step for me is just to be happy. Stop being angry and worry about results and stuff like that. Just be happy. This team is special. Be happy about it. When the time comes to go out there, to help our guys win ballgames, just enjoy the moment."

After mustering only one hit in 10 at-bats over the weekend, Cody Bellinger was asked what he could take away from this series to help in a potential October rematch.

"Just getting familiar with the pitchers," Bellinger said. "It's probably the same for them."

The Yankees had never seen Saturday starter Tony Gonsolin, and the Dodgers had never seen Sunday starter Domingo German. None of the Dodgers' starters on Friday had faced James Paxton, and only one Yankees starter, DJ LeMahieu, had racked up more than five plate appearances against Ryu. It's what you might expect from two teams that hadn't faced each other in three years.

Fatigue setting in for Ryu?

Ryu has already thrown 152 innings, just 61 fewer than his total output from 2015 to 2018. Perhaps he's starting to feel the effects of that. Ryu was charged with seven earned runs through just 4 innings in the series opener -- the same amount he had allowed in 77 innings at home heading into the game. Ryu has allowed 11 runs in his past 10 innings, raising his ERA from 1.45 to 2.00. The Dodgers say fatigue is not a factor, but they will nonetheless try to find him some rest moving forward.

The Yankees are -- perpetually -- incomplete. But Stanton, one of the game's premier sluggers, and Betances, among the most prestigious power relievers, should return before the postseason. So should designated hitter Edwin Encarnacion, first baseman Luke Voit, center fielder Aaron Hicks and starting pitcher Luis Severino.

The Dodgers are without lefty reliever Julio Urias (under suspension for another week), outfielder Alex Verdugo (working his way back into baseball activities after going down with an oblique injury three weeks ago) and starting pitcher Hill (progressing toward facing hitters in his return from an elbow injury). Things could look appreciably different if these teams face each other again.

"I think they're the best team in the NL, and I think we're pretty good and have a pretty good shot at being there," LeMahieu said. "Obviously it's a long ways to go, but it would be pretty special." 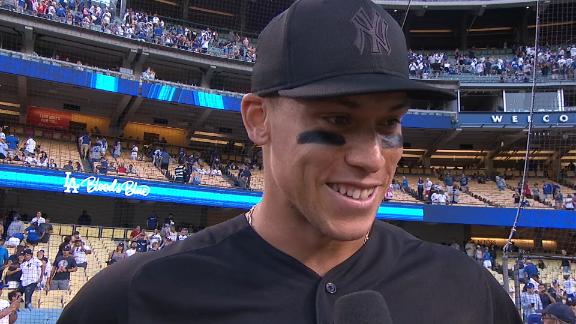 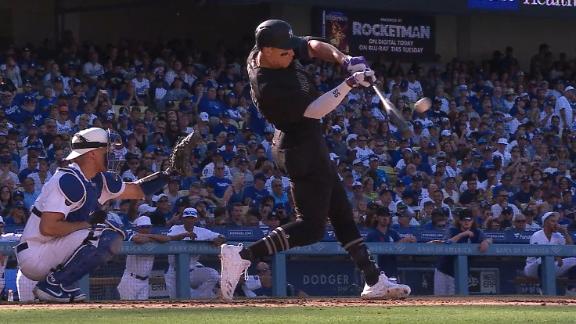