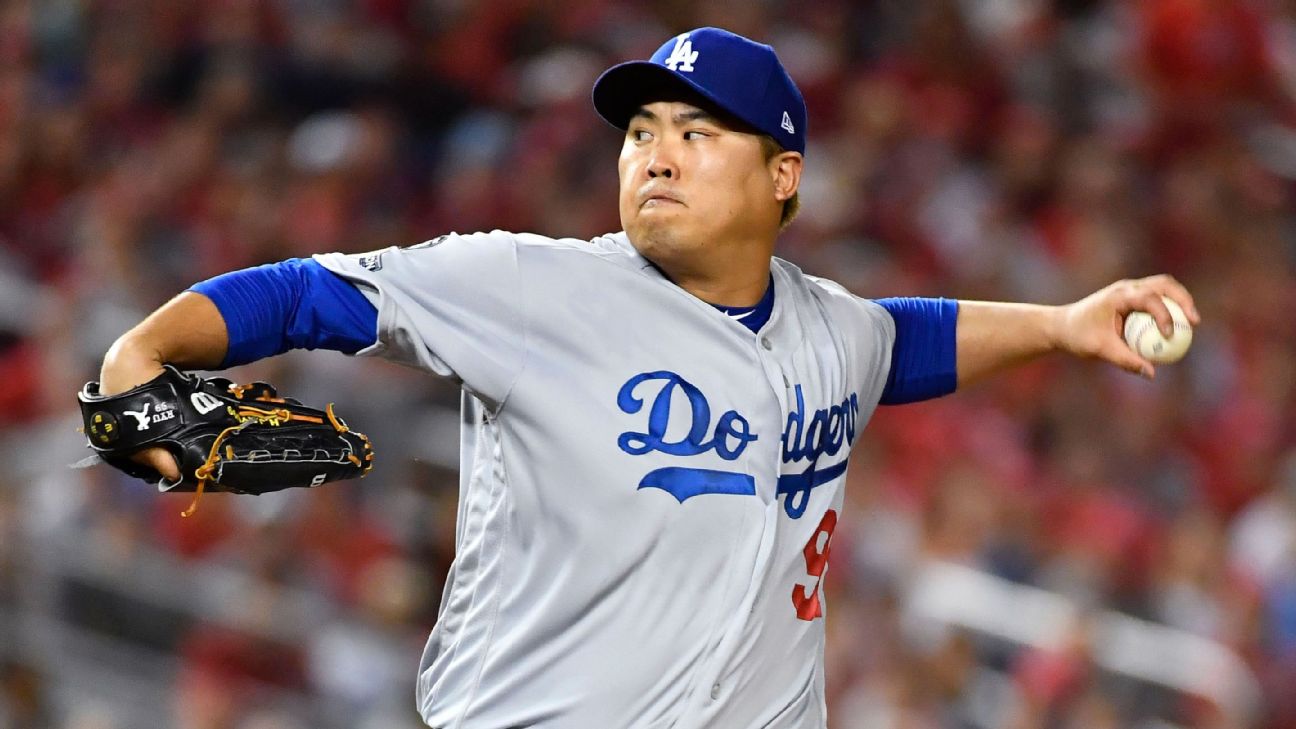 Left-hander Hyun-Jin Ryu and the Toronto Blue Jays are in agreement on a four-year, $80 million contract, sources familiar with the deal told ESPN's Jeff Passan.

A groin injury robbed Ryu of 15 weeks in 2018, but he stayed healthy throughout 2019 with the Los Angeles Dodgers and was among the best pitchers in the National League.

Ryu, who had returned to the Dodgers after accepting a qualifying offer, made his first All-Star team last summer. He finished the season with a 14-5 mark and an NL-best 2.32 ERA, walked only 24 batters and had 163 strikeouts in 182 innings. He completed at least seven innings without allowing more than three runs in 15 of his 29 starts.

The Blue Jays have prioritized improving their starting rotation this offseason. Ryu is the third starter the Jays have added, joining Tanner Roark and Chase Anderson. Toronto also reached a deal with Japanese pitcher Shun Yamaguchi, who will compete for a rotation spot in spring training.

Ryu, 32, is not overpowering, but he possesses expert command of up to five pitches, all of which he can locate precisely. He has a 2.21 ERA since the start of the 2018 season, a mark topped only by New York Mets ace Jacob deGrom.

Ryu was a star in South Korea when the Dodgers signed him in December 2012. He pitched effectively during his first two years in the United States, but he underwent shoulder surgery and wound up making only one start from 2015 to 2016. Ryu regained some of his footing in 2017, then parlayed that into a two-year stretch in which he was among the game's most effective pitchers.