Which player had the best sneakers of Week 25 in the NBA? 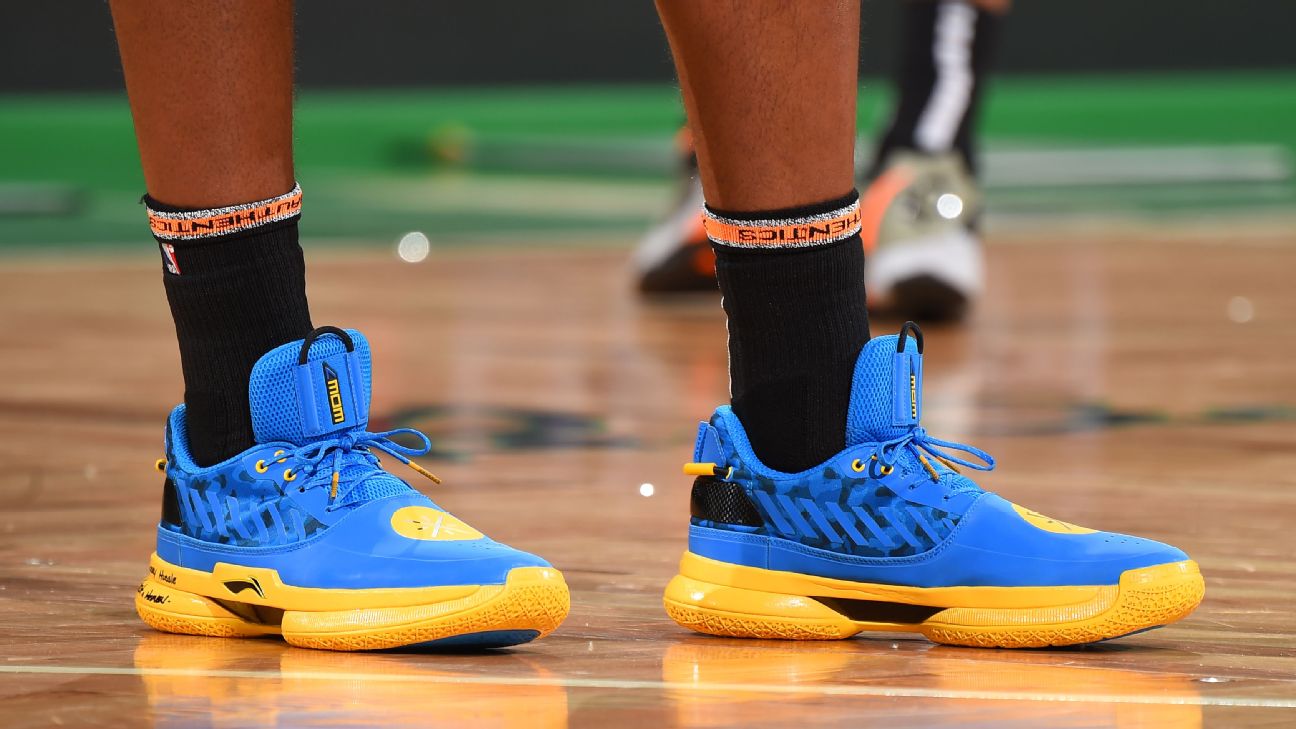 Throughout the NBA this past week, players mourned the death of rapper and community activist Nipsey Hussle. While most turned to Twitter and Instagram to pay their respects and share memories after his death, more than a dozen players also took to their sneakers, inscribing handwritten tributes to the Los Angeles-based rapper.

For many, the musician born Ermias Asghedom touched people with far more than just his music.

The Miami Heat icon's pair of Li-Ning Way of Wade 7s worn in his very next game were specifically chosen for their blue and yellow colors, the hues of Hussle's beloved Crenshaw High School in Los Angeles. Before the Heat faced theCelticsin Boston, Wade added his own tribute along the midsole: "Nipsey Hussle Rest In Heaven."

The appeal and draw came in not just his redemption story through the course of his 20s, but also the many ways in which he looked to provide tools of education and empowerment for his hometown. Hussle had helped to build a STEM center for young students, along with additional learning spaces that looked to provide tech and financial knowledge resources to kids and aspiring professionals in the Los Angeles area.

He also often championed improving one's own hometown and the next generation, rather than finding success and rarely returning, a sentiment many players could relate to. The day after his death, Hussle and representatives from the Roc Nation agency were scheduled to meet with the police commissioner and chief of police to discuss ways in which they could help stop gang violence and improve additional issues facing the community.

"That was a friend of mine," said an emotional DeMar DeRozan. "It hurts to see that, to hear that. It sucks."

An L.A. native who Hussle had called "a beast on the court" and an "A-list" player in past interviews, the loss pained DeRozan, who abruptly ended his media session after his answer. He wrote "RIP NIP" and "Victory Lap" along his exclusive grey Nike Kobe 4 Protro sneakers, the latter the name of Hussle's first studio album, which had been nominated for a Grammy Award for Best Rap Album earlier this year.

Another L.A. native also was visibly shaken by the news, as Russell Westbrook turned Hussle's death into inspiration for a historic 20-20-20 performance. The only player other than Wilt Chamberlain to record a 20-20-20 stat line, the former MVP's tribute highlighted Hussle's "60s" crew.

"That was for my bro, man," Westbrook said after his epic outing. "That was for Nipsey. Rest in peace to Nipsey, man. I'm just thankful to go out there and compete at a high level, man."
His Jordan WhyNot Zer0.2 sneakers featured "NH NIP" along the midsole, a shorthand nod to Neighborhood Nipsey.

Drafting off of the classic "Bo Knows" campaigns of the early 1990s, the "Medicine Ball" Air Trainer 3 comes to life atop James' new Nike LeBron 16 model, with panels and colors inspired by Jackson's vintage cross-trainer.

As the arena entry has become a new avenue for visibility, Trae Young was the latest player to add props to his pregame arrival. After embracing his "Ice Trae" nickname all season long, thanks to his ice-cold clutch shots, Young brought his game shoes in a custom-made ice chest. His Adidas N3XT L3V3L sneakers also carried out the theme further, utilizing the same Icee-inspired fonts and bar design.