Man stabs self to death in Fontana Target 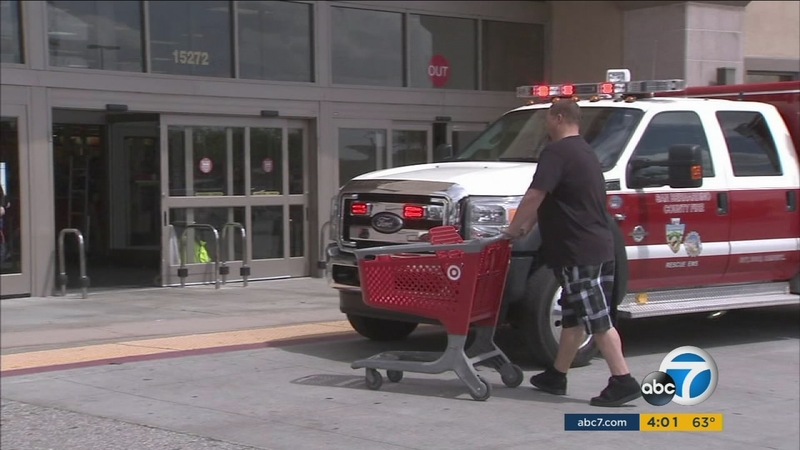 Man stabs self to death in Fontana Target

FONTANA, Calif. -- A man stabbed himself to death inside a Target store in Fontana on Wednesday, officials said.

The man walked into the Target at 15272 Summit Ave. in the Falcon Ridge Town Center around 11 a.m., opened up a package in the kitchen section, took out a knife and stabbed himself in the torso, Fontana police said. He was pronounced dead at the scene.

The store remained open for about two hours after the incident. Shoppers continued to walk in the front door past the ambulances and other emergency vehicles parked out front, many of them unaware of what had just happened.

"It's kind of scary, but it gives you the impression they don't want to lose making money," said Target shopper Brenda Murrell. "Because if you know somebody's dead, a lot of times people won't come."

The store did close after 1 p.m. as coroner's officials removed the body. It wasn't immediately known what time it was expected to reopen.

A Target corporate spokesperson said the company is working closely with law enforcement on the incident and that "At Target, the safety and security of our guests and team members is a top priority."