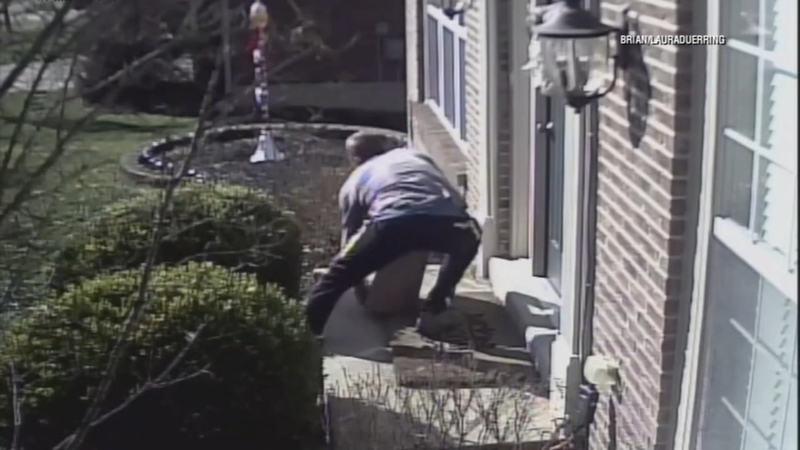 CLOVIS, Calif. (KFSN) -- It starts with reporting it, Clovis police saying package theft is running rampant throughout the city but many aren't reporting it.

They say there aren't specific areas that are targeted, that it becomes a crime of opportunity the second that delivery truck leaves a package at your door.

On the heels of the busiest shopping weekend of the year, many are learning a Christmas grinch isn't always green.

According to the New York Times, more than 1.7 million packages are stolen or go missing every day.

The all too familiar crime is also becoming the most recorded, thanks to security cameras and apps like ring.

Sgt. Jim Munro, Clovis Police
"We have arrested package thieves based on video retrieved from residents here in Clovis and the leads provided by those following us on social media," said Clovis Police Sargent Jim Munro.

Munro says the best package theft deterrent still depends on the homeowners themselves knowing when something is arriving in the mail.

Package thefts generally come with a light penalty. The stolen goods have to total more than 950 dollars, for the suspect to be charged with a felony. but that doesn't mean you shouldn't report any and all theft.

"It doesn't matter how much it was what the dollar value was if a crime occurred in Clovis we want to know about it. Clovis is the safest city in the valley for a reason and we will direct resources based on where they're needed the most," said Munro.

Some Clovis homeowners are opting to pick up their packages at a post office or amazon locker.

"There are several throughout town a very good alternative a lot of times in grocery stores or big box stores," said Munro.

Others are getting creative with their approach to combat this problem.

One former Nasa engineer left a sparkly surprise for a would-be porch pirate, and others turned their package theft into a business idea.

Police say if you can't invest in a security camera neighbor networking would be a good idea. Have someone you trust keep an eye out for your package that's arriving.