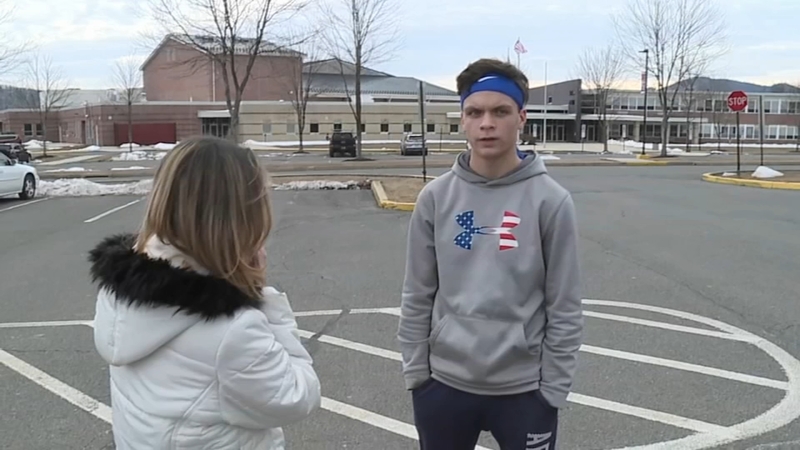 JIM THORPE, Pa. -- For 14-year-old Matt Stauffer, Tuesday was just any other school day for the Jim Thorpe area freshman.

He got on his school bus at Church Road and Jeans Drive around 7:30 a.m.

But when he walked to his seat, he noticed students on the bus had panicked expressions.

"So I turned around and the bus driver was like leaning out of his seat and only his seat belt was holding him up," Stauffer said.

Stauffer said he ran to help the driver then realized the man's foot was stuck on the gas pedal.

"I reached up, turned the bus off, and then I put the keys in my pocket, no one else could get them," Stauffer said.

Still holding the driver, Stauffer told the other students to get off the bus and call 911.

"Once they saw I was taking control, they all listened to me and they got off the bus and they all stay in one area," Stauffer said.

Helped soon arrived and the driver went to the hospital.

Superintendent Dr. Brian Gasper said students are routinely given bus evacuation drills so they know what to do in case of an emergency. They just had one of those drills last week.

"It's refreshing to know that the students paid attention and employed the skills that we gave them last week, but also just snapping into action and the focus that he and the other students exhibited," Dr. Gasper said.

The Carbon County teen is being hailed a hero.