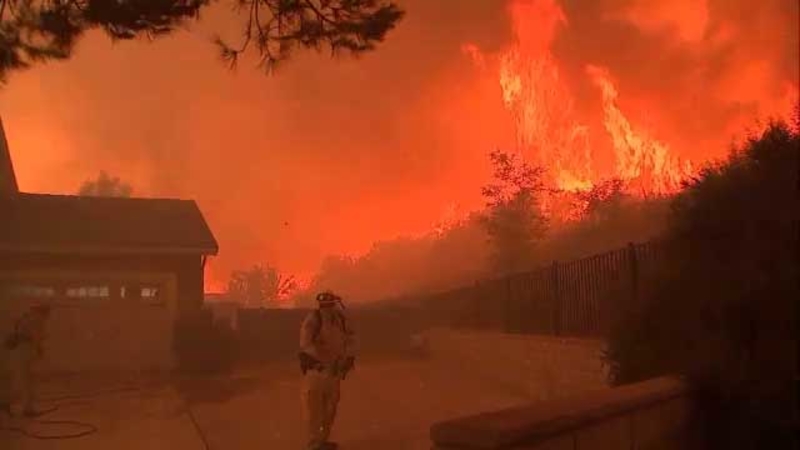 LA CRESTA, Calif. -- All mandatory evacuations orders were downgraded to warnings Friday morning for a 2,000-acre wildfire burning just west of Murrieta that threatened hundreds of homes and prompted the closure of nearby schools.

The Tenaja Fire was 20 percent contained, according to Cal Fire. The blaze was reported shortly before 4 p.m. Wednesday in the area of Clinton Keith and Tenaja roads in the unincorporated area of La Cresta.

#TenajaFire All areas previously under Evacuation Orders are reduced to Evacuation Warnings. Residents may continue to see smoke. Remember, use caution, fire resources are still working in the area. For more info: (951) 940-6985. @CALFIRERRU @MurrietaFire @MurrietaPD pic.twitter.com/Ff0NVe5Xsj

Temperatures in the burn area on Friday are expected to reach 93 degrees with 15 mph winds and 41 percent humidity, according to the National Weather Service.

Some 900 personnel have responded to the blaze, whose cause remains under investigation. Lightning strikes were observed in the area amid scorching temperatures and high humidity on the fire's first day.