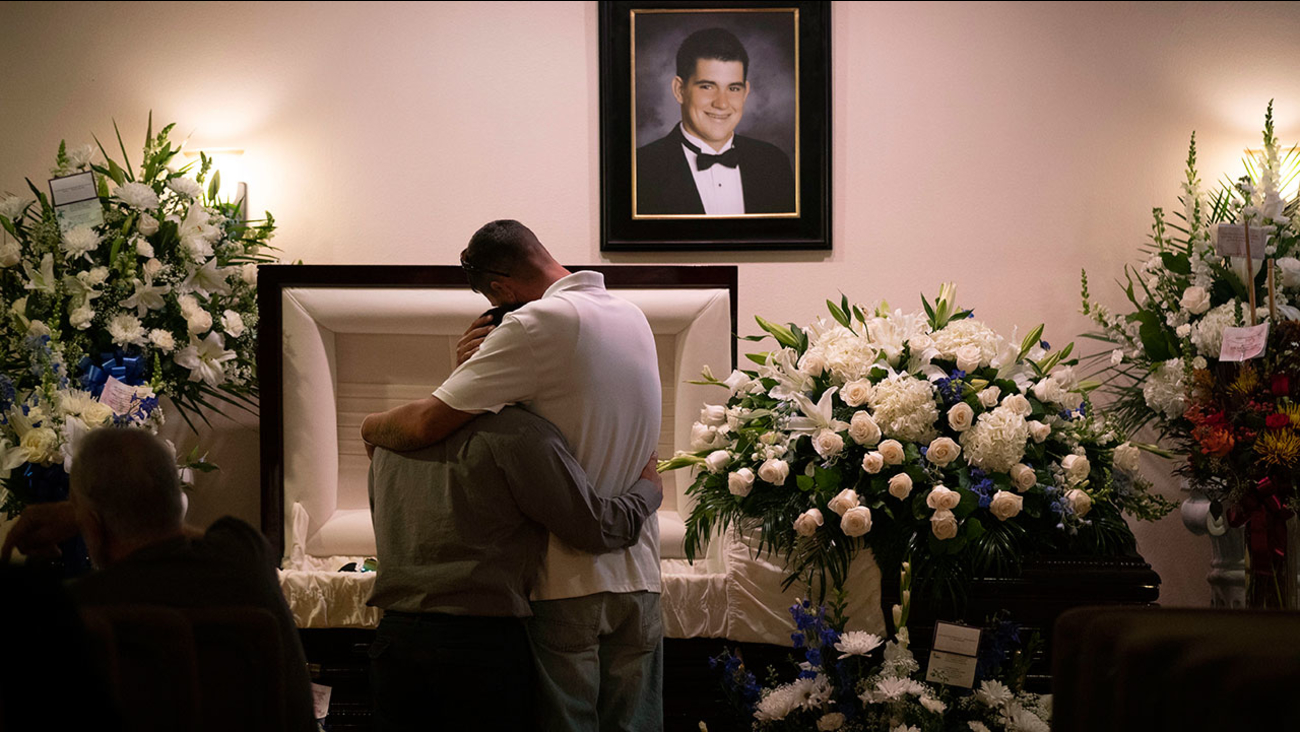 CAMARILLO, Calif. -- Family and loved ones gathered Wednesday to celebrate the life of Cody Coffman, one of the 12 people whose lives were taken in a mass shooting at a Thousand Oaks country nightclub.

About 1,000 people attended Cody's emotional funeral service in Camarillo, where they remembered him as a man with an easy smile, a love of fun, fishing and baseball and a goofy sense of humor.

The 22-year-old was slain Nov. 7 when a gunman attacked the Borderline Bar & Grill during a country music dance night that drew area college students and other young people. The gunman later killed himself as well.

"I am honestly truly broken," father Jason Coffman said at the service. "My heart is ripped out from my chest for my son."

Cody loved sports. He could throw a baseball at the age of 2. He would later play football at Camarillo High School.

"No matter the sport, he put his heart and soul into every game. I was told that he would dive even when it was completely unnecessary," said Pastor James O'Connell of Camarillo Church of the Nazarene.

He was known for his smile and his kindness.

"He was my two-stepping partner. He was the one guy that would pull me out on the floor when no other guy would," shared Cody's friend, Erica.

Erica was one of the four young friends Cody helped save that night at the Borderline bar.

"I will always see him as my hero," friend Sarah Deson said as she held back tears. "And I'll have a guardian angel."

Cody was part of a blended family. His father married his stepmom when he was 12 years old.

"I instantly fell in love with him. He was the cutest little kid," said Cheryl Coffman. "He had so much energy and enthusiasm."

Cody leaves behind three younger brothers and was anxiously awaiting the birth of a little sister later this month.

His family said he had plans to enroll in the Army to serve his country. Brandon Garza placed a flag in his coffin to honor his best friend.

"He's with God, and we are not," said Cody's grandmother. "There's our pain."

Ventura County Sheriff's Sgt. Ron Helus, who was also killed responding to the shooting, will be laid to rest Thursday morning.

There was also a fundraiser held all day Wednesday at Ameci Pizza, 1724 E. Avenida De Los Arboles, in Thousand Oaks, with 100 percent of the proceeds donated to shooting victims and their families.