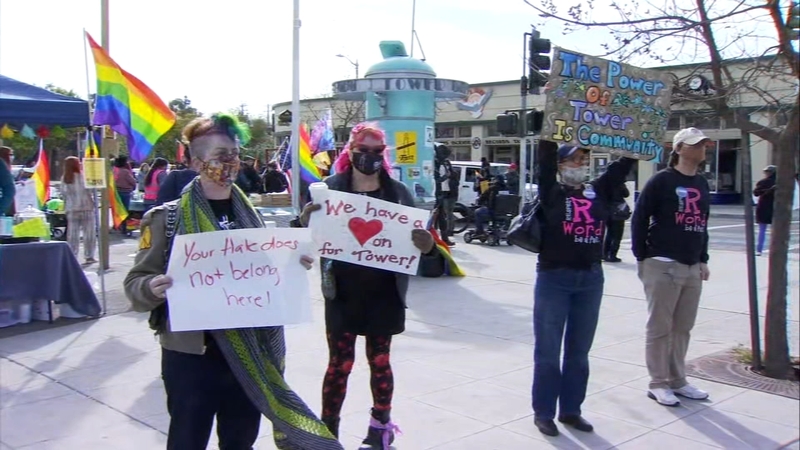 FRESNO, Calif. (KFSN) -- The sale of the Tower Theatre to Adventure Church has once again been halted after a Fresno appeals court granted a stay while it considers the appeal filed by the owners of the Sequoia Brewing Company.

The court has asked lawyers for the landlord that owns both the Tower Theater and the Sequoia Brewing Company building to file a brief to argue against this new appeal.

The brewery owners' attorneys will get a chance to respond to the argument, and then the court will decide no sooner than Tuesday, April 13.

UPDATE: The sale of the Tower Theatre to Adventure Church is once again blocked.
The appeals court in Fresno granted a stay while it considers the appeal filed by the owners of @SequoiaBrewCo.
Escrow was set to close tomorrow.
That’s on hold again for at least two more weeks.

Escrow on the theater was set to close on Wednesday, but now it's on hold for at least two more weeks.

The brewery's owners filed an appeal last week to prevent the sale, which has been at the center of controversy since it was announced months ago.

Protesters have gathered each week outside the theatre--some in opposition of the sale and others in support.

A judge previously denied a request by the owners of Sequoia Brewing for an injunction, saying they would not likely win at trial because the landlord fulfilled their rental contract by offering to sell the part of the property that the restaurant and brewery uses.

The owners say no one offered to sell them the property until after they filed a lawsuit, which violates their rental contract.

Among the reasons for the appeal, the owners of Sequoia Brewing claim the judge abused her discretion and mistakenly decided the landlord didn't have to reveal the offer from the church.